They were excited about applying for funding under the Small Business Innovation Research (SBIR) program — the government’s premier program for startups. But ultimately, they decided against...

They were excited about applying for funding under the Small Business Innovation Research (SBIR) program — the government’s premier program for startups. But ultimately, they decided against it because they were concerned about how the government could use the intellectual property they developed.

Their story has a happy ending. After reevaluating the risk, they applied for SBIR funding in a later cycle and won.

“We let intellectual property fears get in the way of going after an SBIR, and now after winning one and performing on it, I realize we shouldn’t have let that get in the way,” said Kevin Schreck, CEO of Elevate Government Solutions. “In hindsight, there were at least a few that we didn’t go after that we probably should have.”

But for every Kevin, there are dozens of founders that hear just enough to be scared off by the SBIR program’s intellectual property rules and never come back.

The truth is that these fears are largely overblown. But, like many persistent myths, there is a kernel of truth. The National Institute of Standards and Technology’s website threatens to seize companies’ patents if they do not comply with various reporting rules, including a requirement that a company disclose its inventions to the government in as little as two months after initial discovery. Even experienced contractors sometimes miss these deadlines — many SBIR startups do not even know they exist.

In at least two cases filed in federal courts, the government followed through on its threat, taking ownership of inventions that were developed and patented by private companies but which the companies did not timely report to the government.

There is widespread agreement that the government should embrace, rather than drive away, America’s commercial innovators.

“It is absolutely vital that the United States Government take advantage of the most innovative technology in the world, which is largely being developed by the US private sector for commercial purposes,” said Dave Vorland, executive director of the Alliance for Commercial Technology in Government. “There are huge national security and taxpayer value reasons to reduce barriers for these technology companies to work with the government.”

Yet, under current policy, the government impedes its ability to partner with commercially-focused startups by threatening to poach their intellectual property rights.

The problem is how the government treats patents and prototypes.

For example, under the standard patent rights clause at 37 CFR § 401.14, SBIR awardees must:

Many SBIR startups stumble at the first of these deadlines because it arrives at a time when they have not even hired a lawyer.

If the SBIR awardee fails to comply (e.g., because it did not know the deadlines existed), the government has the option to take title to the company’s patent. Making matters worse, companies have no surefire way to go back and fix a missed deadline, meaning that a startup may never have clear title to its patents.

Even if the SBIR awardee complies with all of the reporting requirements, the government still receives a royalty-free license to use or have other companies use the patented technology.

For example, Nahum Gat, CEO of OptoKnowledge, spent years under a series of SBIR awards developing a variable aperture technology for use in infrared imaging systems.

“I believed that under the SBIR program, my intellectual property would be protected,” said Gat. “But as soon as I proved my technology’s value, the government gave it to a large government contractor. Even though I had multiple patents and a non-disclosure agreement with the prime contractor, there was nothing I could do.”

These rules are not the result of deliberate policy choices. Instead, they are the product of an unintended interaction between the SBIR program and a 40-year old law called the Bayh-Dole Act.

Bayh-Dole is a good law that allows universities and private companies to patent inventions developed with government funds. In return, the government requires reports and a license to the patents.

But Bayh-Dole was not built with the SBIR program in mind. The SBIR program targets startups—companies that often have no legal departments or capacity to conform to onerous reporting requirements. Further, SBIR awards are small, often as little as $50,000. For so little money, many tech startups decide that the risk to their intellectual property isn’t worth it and justifiably say “no thanks.”

And then, there is the prototype issue. Little could be more damaging to an SBIR awardee’s growth than to deliver its pre-launch prototypes to its competitors. Yet this is exactly what the government did in the case of Night Vision Corp., which lost a multi-million dollar production contract when the government shared its SBIR prototype with a competitor. Despite years of requests, the government refuses to promise that it will not do so again.

This is the status quo. Here’s how to fix it.

Two reforms could dramatically increase the number of startups participating in the SBIR program, as well as the quality of solutions available to the government.

First, Congress should exclude SBIR awards from the reporting and licensing requirements of Bayh-Dole. These requirements unnecessarily burden SBIR winners, and they needlessly put startups’ intellectual property at risk.

This reform would have the added benefit of protecting both patents and data. Under the current SBIR Data Rights policy, the government can share SBIR-generated patents with other companies, but it cannot share SBIR-generated data. This produces an incentive not to patent, which is directly contrary to the intentions of the SBIR program.

Second, Congress should prohibit federal agencies from sharing SBIR-generated prototypes outside of the government. Doing so would ensure that the SBIR company’s technology is protected, regardless of its form.

To be sure, agencies may argue that these reforms would impede their ability to make use of the technology they fund through the SBIR program. But the reality is that many agencies invest in SBIR to advance America’s economy and technical competitiveness — not because they want to buy products based on the technology they fund. For these agencies, our proposed reforms would help bring new startups into the program with no adverse effects on procurement.

Even for agencies like the Department of Defense (DoD) which do purchase SBIR-funded technologies, these reforms would have a net positive impact. Due to SBIR data rights, DoD already pays SBIR awardees for the right to use their technology. As such, the proposed reforms would impose little if any added cost, but would encourage more startups to work with DoD, increasing its access to innovative technology.

If the government wishes to maintain its technological dominance and engage the country’s most promising tech startups, it must make clear that it will not harm their intellectual property. Excluding SBIR awards from the strictures of Bayh-Dole and extending protections to SBIR-generated prototypes would cost the government almost nothing and could dramatically improve the quality and volume of technology available to the government.

Eric Blatt is an attorney at Rothwell, Figg, Ernst & Manbeck, P.C. Geoff Orazem is the founder of Eastern Foundry and FedScout. 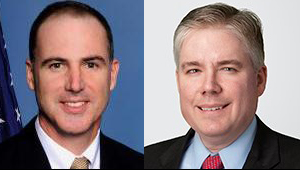 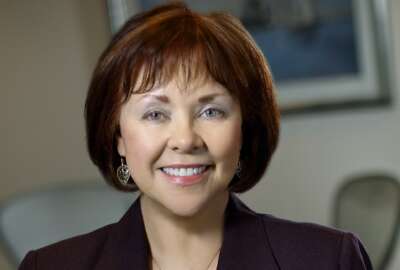