How USO still hopes to help service members during a pandemic

As the first few million COVID-19 vaccines start to circulate, it’s clear the nation still faces a tough winter. People who face hardships as part of daily life, like members of the armed services, have had extra challenges. Now the United Service Organizations have received a $3 million grant from the Lilly Endowment to support its Combat...

As the first few million COVID-19 vaccines start to circulate, it’s clear the nation still faces a tough winter. People who face hardships as part of daily life, like members of the armed services, have had extra challenges. Now the United Service Organizations have received a $3 million grant from the Lilly Endowment to support its Combat COVID-19 initiative. USO president, J. D. Crouch II joined the Federal Drive with Tom Temin for more details.

Tom Temin: Dr. Crouch, good to have you on.

Tom Temin: Tell us more about the Combat COVID-19 Initiative.

J.D. Crouch II: Well, you know, in in March, obviously, we had to completely pivot our services to troops and families. And what the country is going through right now is they’re experiencing a little bit of what our service members often experience all the time, kind of that feeling of separation, isolation. But for a lot of them, it’s even worse. They put in, you know, we were – by I would say a month in we were servicing quarantined troops in Afghanistan, and elsewhere, all across the world. And so this is a different environment for them that they have to operate in. Oftentimes, they’re separated from troops and families. I’ll give you an anecdote: We had a young service member who was on the – he was going to the flight to come home, to see the birth of his first child, and he got stopped, and he could not go because of COVID. He got stuck in Iraq, but we put him, through our services we put him in the delivery room with his wife, and he was there for the birth of his child, at least virtually, right? So a lot of what we’ve been doing is to support those kinds of efforts.

Tom Temin: Yeah, so might have been the first child born on a Zoom meeting so far as we can tell.

J.D. Crouch II: So far as we could tell.

Tom Temin: So the initiative then brings technology to people and what else does it do for them?

J.D. Crouch II: Right, so what Combat COVID is around is looking at what are the particular stresses and strains on military and the military family? And how can we reduce those, in some cases, if they’re deployed service members, it’s providing the kinds of let’s say holiday packaging or holiday gifts, things like that to make them feel connected back to home. But in many cases, it’s things like doing drop off meals for families. You know, all the times they’re isolated, doing virtual military programming. Earlier this year, we had Martha Stewart, on TV – on video, YouTube with 23,000 military families, baking cookies. And that may sound like a small thing, but it was a big thing for them because they were isolated. They couldn’t even play with their own military families near them. So to be able to kind of connect the community through virtual programming, drop-off programming – one of the things we’re doing is putting together activity boxes for families who can’t get out. Normally, they would have come into our centers, Tom, and done these activities. But those were all closed because of COVID. So our strategy is to go to them.

Tom Temin: And you have now received a $3 million grant, as I mentioned, from the Lilly Endowment. Tell us more about that and what that will enable you to do.

J.D. Crouch II: Yeah, well it really allows us to bolster our ability to focus on what we call recovery and resiliency efforts for service members and their families. The funds will help develop or expand programs that deliver food, other basic needs, bolster virtual engagements and online programming, and facilitate the transitions that military service members are constantly having to make. They’re moving around the world, always. Most service families move every one to two years, which is, not comparable to what we have in the U.S. So all of those kinds of activities, as well as those who are transitioning out of the military and helping them become, citizens again, after they’re wearing the uniform.

Tom Temin: We’re speaking with J.D. Crouch, he’s president and CEO of the United Service Organizations. And this time of year, of course, is when the USO has been legendary with events and gatherings, at bases and so forth. Famous entertainers over the many decades have appeared, right? What is happening this year?

J.D. Crouch II: Well we’ll be surging. All all of our centers that can be opened will be open around the world, whether it’s in Iraq or Afghanistan or remote places where American service members are deployed and many Americans don’t even know. I mean, places like Djibouti, or other places in the Middle East. We’ll be surging forward holiday care packages. These have got, you know, fun snack packs, things – toiletries, beanies, all kinds of fun stuff for them. We’ll also be doing programming in our centers. But this year’s different because we don’t – we can’t take a tour out like we normally do. We normally take a big tour out with the chairman of the Joint Chiefs. We’ll be doing a lot of virtual programming. If you go to the USO.org/MVP, it means military virtual programming, you can see some of the stuff that we’re doing. We’ve got a special broadcast coming up on Dec. 17 at 8 p.m. eastern. And this show will feature the chairman of the Joint Chiefs of Staff along with Terry Bradshaw, Rob Gronkowski. And, and others with special shout outs and the Tony Award-winning star Idina Menzel will be performing on that. So it’s gonna be a great show. That’s the kind of thing we’re going to be doing to help support folks who are really isolated, disconnected from their families overseas this year.

Tom Temin: And at the other end of operations, the USO has had events for fundraising banquets and balls and galas and so forth, and you’ve missed your prime season because of the pandemic. How has this affected fundraising otherwise? And what are some of the ways you’ve pivoted to to keep the organization up so that you can maintain all of the support?

J.D. Crouch II: Sure, you know, we’ve got a great group of supporters. And early on one of the – my three top priorities were protect my force, continue to deliver my mission, and third, continue our partnership with our supporters. Because you know that it’s very easy in this COVID time to drift away from people. And so we got them on Zoom calls, just like everybody else. And we talked to them about what we were doing to transform the organization to respond to this. And they really responded very well. So a lot of great corporate partners. I mean, we’ve talked about Lilly, a fantastic foundation, Blue Chip Foundation that stepped up and provided the support. But many of our supporters have stepped up and done very well. So we’ve had to essentially rely on the other channels, Tom, that we we have, and we’ve been able to come through and we’ve had a pretty good fundraising year.

Tom Temin: And with the different regional USOs that operate in different cities, different states, have they been able to exchange ideas so that everyone has the latest thinking and how you can pivot in these times?

J.D. Crouch II: Yeah, absolutely. You know, we have a wonderful partnership with Microsoft. And back in the fall, we actually stood up Microsoft Teams within our organization. And what that has done to transform our organization is really astounding. Not only do you have the ability to communicate, but I think one of the things it’s done is it’s flattened the organization. Teams just sort of auto assemble. People say I want to get something done, I need to talk to Tom and I need to talk to Casey or whatever it is. They assemble, they figure out a solution to the problem and they move forward. And they don’t, they don’t have to get upper level management involved, which is perfect. I mean, that’s the way I like the organization to run. So it’s really been quite amazing how it’s drawn the organization together. Because we no longer think of ourselves as geographic, as much as we think of ourselves as one team that can, come together as needed to solve problems.

J.D. Crouch II: Obviously we have generous donors, oftentimes we have in-kind donations really at the local center level. In-kind donations are often very powerful. But you know, liquid resources really do help because they’re the things that we can then focus in the areas that we need to focus them on. And so either way, if you can, if you can go to USO.org you’ll have an opportunity to find ways that you can donate goods, you can donate funds or you can donate time. And you know, we have 30,000 volunteers in the USO. It’s the most – they are the backbone of our organization. So there are all kinds of ways to get involved with the USO and we welcome the American public’s generosity.

Tom Temin: J.D. Crouch is president and CEO of United Service Organizations. Thanks so much for joining me. 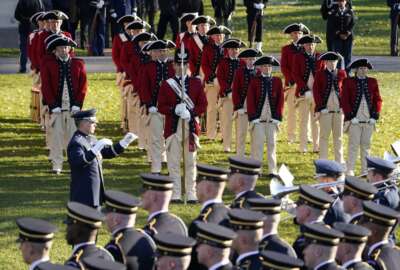 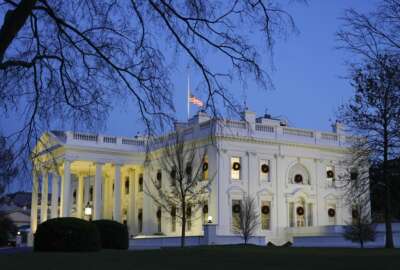 Top US officials expected to get COVID-19 vaccine this week 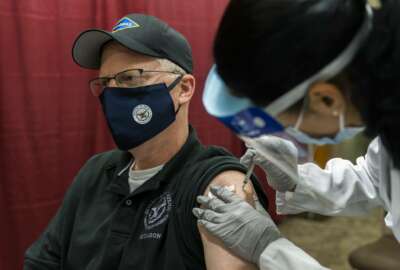