The Pentagon is taking several new steps — some of them set to go into effect as soon as next week — to ease the burden of high living costs and housing shortages on service members, officials announced Thursday.

The nearest-term action targets portions of the U.S. where housing costs have skyrocketed the most, and where the military’s system for calculating housing allowances hasn’t kept pace. Starting in their October paychecks, service members in the...

The Pentagon is taking several new steps — some of them set to go into effect as soon as next week — to ease the burden of high living costs and housing shortages on service members, officials announced Thursday.

The nearest-term action targets portions of the U.S. where housing costs have skyrocketed the most, and where the military’s system for calculating housing allowances hasn’t kept pace. Starting in their October paychecks, service members in the 28 military housing areas where rental prices have increased by at least 20% this year will get automatic increases to their basic allowances for housing (BAH).

The exact size of the increase will depend on the particular area the service member is stationed in, their rank, and whether or not they have dependents. But officials said they would range anywhere between $200 and $1,100 per month. (Scroll to the bottom of this article for a list of the areas receiving automatic increases).

And to make sure the rest of DoD’s housing areas have allowances that are on par with actual housing costs, Defense Secretary Lloyd Austin ordered a new review of the 2023 BAH rates that are set to take effect in January. Typically, DoD sets those rates based on rental market data that was collected during the spring and summer, and many areas have seen price increases since then.

“Over the past year, we have focused on ways to take even better care of our service members and their families,” Austin wrote in a memo announcing the changes. “I am proud of the progress that we have made, and we will keep driving hard to do even more. I understand the extraordinary pressures that our military families face, and we are determined to do right by them, every step of the way.”

Separately, to help address situations where rental shortages are making it extremely difficult for troops and their families to find housing near their new duty stations, Austin permanently extended – from 10 to 14 – the maximum number of days DoD will pay for temporary lodging. In areas where DoD has verified that there are housing shortages, it will pay for up to 60 days of temporary lodging entitlement (TLE).

And for lower-ranking enlisted members, Austin also ordered increases to dislocation allowances (DLAs) – the stipends the military services pay to help cover incidental out-of-pocket costs when members are ordered to move. The increases apply to paygrades E-1 through E-6, and members will receive the payments at least a month before their planned moves. In most cases, those one-time allowances will rise by $500 compared to the previous rates, though the increases will be smaller for the E-5 and E-6 paygrades. (Click here for the updated DLA rates).

Both the TLE and DLA changes also take effect in October.

The memo also ordered additional funding for commissaries, DoD’s global network of subsidized grocery stores. The Defense Commissary Agency (DECA) said the boost would allow it to keep prices about 25% below what military shoppers would pay at civilian retailers. That’s compared to the average 22% discount commissaries say they have been able to offer in 2022 so far. DECA said the price decreases should start appearing on store shelves by mid-October.

Below are the 20 housing areas that will see immediate BAH increases in October. Click here for a full breakdown of the new monthly rates for those areas by paygrade and dependency status. 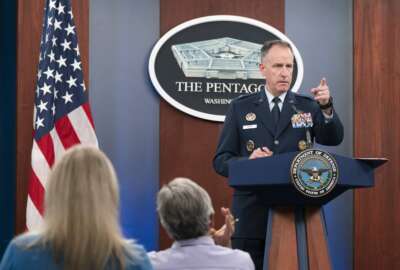 Pentagon removes almost all of its COVID-related workplace restrictions