Senior enlisted say there is no readiness crisis, but is the problem bigger than readiness?

The House Armed Services Committee sent out frequent emails leading up to the passage of the 2018 defense authorization bill as part of a “Losing Time” series. Those press releases highlighted a different aspect of the military every day that is losing its edge and why...

The House Armed Services Committee sent out frequent emails leading up to the passage of the 2018 defense authorization bill as part of a “Losing Time” series. Those press releases highlighted a different aspect of the military every day that is losing its edge and why it needed funding. The releases usually revolved around aircraft and the need for new, modernized weaponry.

If that wasn’t explicit enough, the committee released a Sept. 6 press release called “Readiness Crisis Getting Worse” in which it gave a timeline of the naval and airspace accidents involving military assets over the summer.

But last week the nation’s top enlisted personnel from each service cast some doubt on those claims.

“From my perspective, from a joint perspective, I don’t think we’re in crisis right now,” said Sgt. Maj. John Troxell, senior enlisted adviser to the Chairman of the Joint Chiefs of Staff, at the Pentagon. The top enlisted personnel from each service agreed.

“I’ve been in 34 years, every day there is a crisis in something, but you walk out and ask the average Marine ‘are we in a crisis?’ I don’t think they are going to tell you we are in a crisis,” said Sgt. Maj. of the Marine Corps Ronald Green.

So which is it?

The answer is much more complicated than it sounds, especially when the department in question has a $600 billion a year budget and has never been audited.

The Defense Department is trying to hold soda filled to the brim while riding in a racecar when it talks about readiness. The only way it can get money for readiness accounts is to reprogram money it saves or to convince Congress there are problems so lawmakers appropriate more money to DoD.

The problem with doing that is when DoD tells Congress it’s hurting, it’s also telling adversaries the military isn’t ready for a fight.

Of course, the term readiness itself has a bit of a subjective twinge to it. The definition of “being ready” to the U.S. technically constitutes the ability to fight a two-fronted war. That definition may change when DoD finishes its defense strategy review, however.

Military leaders have mostly toed the line by testifying that there is a real readiness issue, but not necessarily a crisis.

But considering the military is getting half of the discretionary budget and still can’t retain the readiness it needs, is there a point where taxpayers and lawmakers say the military is taking on too many responsibilities?

DoD is in a time of transformation. It’s stretching itself to fight two wars against inferior enemies in Afghanistan, Iraq, Syria and parts of Africa. At the same time, the Pentagon wants to keep up with high-end adversaries like China and Russia.

The result is a strange mix of readiness. Some programs like the F-35 receive large influxes of money over years of budget cycles. On the other hand, about one-fifth of military installations like barracks and hangars are in poor and failing conditions.

What you end up with is a pilot who is being paid far less than a commercial airline pilot, parking a $120 million jet in a hangar that is in disrepair.

So is the U.S. military ready?

The answer for the most part seems to be yes, but with a lot of caveats. There’s the obvious elephant in the room of continuing resolutions and budget caps, but putting that aside there are broader cultural issues.

The Brookings Institution held an event on Nov. 13 called “Is There Really a Military Crisis in the United States?”

The consensus from the panel was the same as the senior enlisted personnel: the U.S. can fight and win wars.

But the real readiness issues are future problems that may need more than money to fix. How does the military retain talented personnel? How can DoD be better with money, especially when by its own accounts it can save $125 billion over five years without firing a single person? Does the military need to be ready to fight a two-fronted war? Does it need to be the organization that responds to international crises like Ebola?

In the end, “is the military ready?” is a lot bigger than yes or no. 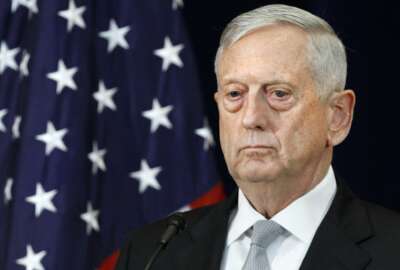