Applying a systematic leadership framework to the Presidency

When President-elect John F. Kennedy asked Bob McNamara, then president of Ford Motor Company, to join his cabinet, McNamara said that he didn’t know anything about government, JFK is said to have replied, “Well, we can both learn on the job. I don’t know how to be president.” And so it’s been ever since. Federal Drive with...

When President-elect John F. Kennedy asked Bob McNamara, then president of Ford Motor Company, to join his cabinet, McNamara said that he didn’t know anything about government, JFK is said to have replied, “Well, we can both learn on the job. I don’t know how to be president.” And so it’s been ever since. Federal Drive with Tom Temin  talks with  Dr. Michael Siegel. Dr. Siegel is senior education specialist at the Federal Judicial Center and adjunct professor at two local universities. He’s also written a book, “The President as Leader.”

Tom Temin: Dr. Siegel, good to have you in studio.

Tom Temin: And I want to ask you first about the Federal Judicial Center, and you’re an educational specialist there. Do you train judges? What do you do there?

Michael Siegel: Yeah, so I recently retired, but I used to until July 30, train federal judges, particularly chief judges in the area of leadership, because you have to realize the people we put in charge of these sometimes massive organizations are lawyers who have very little managerial experience. And so we would work with them on how you lead people, how you motivate people, how you monitor a budget, how do you monitor IT, things like that, that wouldn’t be in the purview of a legal mind, necessarily, but are very important. When you become chief judge.

Tom Temin: I guess in many ways, people don’t realize that being a chief judge means you are in charge of a staff. And there’s a schedule and as you say, information technology. People think of judges, as people that just step in during the trials with the robes on and go back and contemplate great thoughts and come out with a decision

Michael Siegel: Exactly. And when they are in the position of being in the robe, they’re used to commanding. And they’re used to making decisions. And nobody argues with tem when they step into the leadership role. On the other hand, they’ve now got to build consensus, they’ve got to step out of the judge role and into the leadership role. And it’s a very big transition. We used to say to them, “When you go to become a chief judge, please take your black robe, hang it in the closet. It’s very important to what you do on the bench, but it’s not going to help you in this role.”

Tom Temin: Got it, and did Judge Brown, now of Supreme Court nomination, ever cross into one of your classrooms?

Michael Siegel: Well, I have not had the pleasure of working with her. But I have worked with some of her colleagues and including one she mentions often, Patti Saris, who was the chief judge in Massachusetts for a time and also the head of the sentencing commission, which Judge Brown was also on. So yeah, we get a lot of judges, anybody who’s below the Supreme Court, we don’t dare touch the Supreme Court.

Michael Siegel: Right. So they can understand that they can really make a difference. That their tenure, which is typically seven years by statute, within that seven years, they can really accomplish a lot for the court, they can take that court, they can implement an automation program, they can implement a program for poor litigants, they can do a lot of different things to take the court in a different direction. They can upgrade the technology, they can upgrade the security, which is a big issue now. But they can have an effect. And leaders, as we know, have a really dramatic effect on their institutions. One of the challenges they face again, is what kind of power they have. One of the quips I liked the best from a former chief judge was “When they handed me the reins of power, nobody told me there was nothing attached.” And so great position, like the position of a chief judge, really cannot accomplish anything. It’s the person in the position and the purpose and you’ve got to believe at the start that you can make a difference. That’s so important.

Tom Temin: Right. And I guess anything that can be done to increase the efficiency of the judicial process is a good thing, because you hear about famous trials and famous criminal proceedings, and someone’s arrested and they’re charged, and the trial is going to start in six months or something like that. And people I think, generally scratch their heads. What takes so long? Why not tomorrow?

Michael Siegel: Yes, it’s a complex process. And it’s in some ways very arcane. But the procedures really do help assure equal justice under law. And people schooled in it, understand how to do it. Of course, we can always become more efficient, we can always increase the speed with which people are tried. There’s legislation in the criminal area for speedy trial, not so much in the civil area. But it is a very complex process. It’s a very arduous, specific process. But it ensures the protection of the rights of litigants and everybody gets a fair trial.

Tom Temin: We’re speaking with Dr. Michael Siegel. He is senior education specialist at the Federal Judicial Center and author of  a revision of the book, “The President as Leader.” And let’s talk about that a moment, the second edition. I guess the first addition began at the outset of the Trump presidency, a controversial one. Now it’s concluded, and you’ve looked at the beginning of the Biden years. What’s new and fresh to say about presidential leadership?

Michael Siegel: Yeah, well, what I do, Tom, is I apply a systematic leadership framework. I say that leadership in the White House is actually assessable. We can assess it by using leadership criteria. The four I use that I’ve also used with chief judges actually are: Do you have a vision? Do you have a plan to execute your vision? Do you have a management strategy? And do you make good decisions? And I compare all eight presidents since Watergate, on those four criteria. And what’s new is that, you know, we’ve had a lot of lessons learned from past presidents such as how not to make decisions. One of the things we learned, for example, going back to John Kennedy is you don’t make decisions by having a group of yes men, or yes women, around you who just sort of sanction everything you want to do, but who have the courage to challenge you, when you’re going off base, who have the courage to disagree. We had a great exemplar of this in Obama, who went through a very thorough vetting process in the planning of the execution of Osama bin Laden. He heard a lot of dissenting views, most prominently from Robert Gates, his defense secretary, he had visions of a repeat of the Iran Hostage mission failure. So presidents have learned to open up the channels of information, open up the opinions before they make a decision.

Tom Temin: Yes, if you go back to the Nixon-Johnson era, people were afraid to challenge them. And so they got themselves in kind of a close-loop decision making process that really destroyed both presidencies, in some sense.

Michael Siegel: Absolutely. It becomes an echo chamber. And the only voice you hear is the voice that agrees with you. And it’s very hard to challenge the president, especially in the Oval Office. In fact, George W. Bush, when he came in, he told Bob Woodward, “Woody, you know, when people come in the Oval, they get pretty overwhelmed, and they say, ‘Mr. President, you’re looking pretty good today’.” He said, “Woody, what I need is for somebody to say, ‘Mr. President, you’re not looking so good today’.” Unfortunately, he didn’t follow through on that advice, but it was very good advice.

Tom Temin: And what do we know about, say, earlier presidents if anything, say Franklin Roosevelt or Warren Harding, going way back or into the 19th century? Was it that imperial, to use a well-known phrase?

Michael Siegel: Well, the power of the presidency certainly increased since the founding fathers could not have envisioned the world we live in, and the instruments they gave the president were rather limited. And people like FDR took a lot of liberty, and added a lot of creativity to the office, and imagined it doing things that the founders would have never imagined. Now, the tendency is in the country when a crisis occurs, whether it’s the Great Depression or the war on terror, to elevate executive power. To give the power to the president. Even Congress relinquishes its own power, but expects to get that power back and to restore the equilibrium once the crisis passes. When you have a crisis that never passes, like for example, the war on terror, then it becomes a difficult proposition.

Tom Temin: And maybe the problem is in the last any number of presidents, the one quality we haven’t seen evident in any of them is humility.

Michael Siegel: Absolutely. You know, Tom, I got a great quote from Mr. Zelensky. It was in a column by Maureen Dowd in the New York Times, he said, “Don’t put portraits of me in your office, put pictures of your children, and look at them before you make a decision.”

Tom Temin: Dr. Michael Siegel is senior education specialist at the Federal Judicial Center and author of “The President as Leader.” Thanks so much for joining me.

Michael Siegel: Thank you, Tom. It’s been a pleasure. 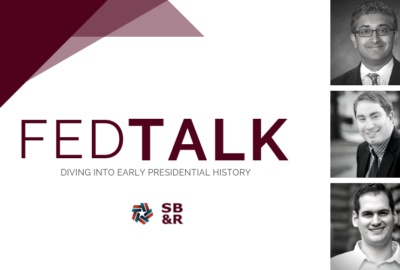 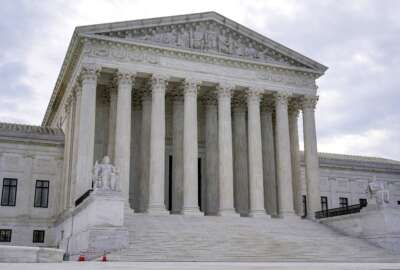