The Federal Communications Commission is trying to lay the groundwork for 5G, but the logistics for an infrastructure push on that scale can be daunting. FCC Commissioner Brendan Carr said that currently, the US has 200,000 cell sites, ranging from 200-foot towers to backpack-sized cells mounted on utility poles. But for 5G, the US will need about 100 times that many cells.

“We need to see hundreds of thousands of new small cells being added...

The Federal Communications Commission is trying to lay the groundwork for 5G, but the logistics for an infrastructure push on that scale can be daunting. FCC Commissioner Brendan Carr said that currently, the US has 200,000 cell sites, ranging from 200-foot towers to backpack-sized cells mounted on utility poles. But for 5G, the US will need about 100 times that many cells.

“We need to see hundreds of thousands of new small cells being added in communities around the country. And we’re starting to see that. The challenge is how do we have the skilled workforce in place to actually build and maintain all of this infrastructure?” Carr said on Federal Monthly Insights — 5G Connected Government. “I’ve traveled a lot around the country in about a year and a half on this job. I think I’ve been to about 25 states at this point. And everywhere I go almost to a person, the tower crews that I spend time with say that they need a lot more people. They effectively need to double their workforce to come up, keep up with this new infrastructure bill. That means adding 20,000 new workers, new tower techs in this space.”

To accomplish that, the FCC is piloting a program at Aiken Tech Community College in South Carolina. If it works, the program may be duplicated at other community colleges. Some lawmakers are looking to assist the spread of the program through legislation to provide funding.

“The idea there is through a 12-week program, you can come in with virtually no skills at all, and you can come out able to get a job, solidly middle class job with mobility upwards from there, in this growing tower tech business,” Carr said on Federal Drive with Tom Temin. “And by housing this program [at] a community college you get access to Pell Grants, military funding for educational purposes. Plus community colleges are really rooted in their local community, and so can identify people that want to transition into this type of job.”

Another barrier the FCC has run up against is federal regulations. Those regulations didn’t take into account the differences between that 200-foot cell tower and that backpack-sized cell. So every new cell was subject to environmental regulations, historical preservation regulations and other costly provisions. As a result, FCC worked to cut the red tape.

“We excluded small cells from that federal approach that made sense for big towers, that one decision cut around $2 billion in costs. But more importantly, it sped the deployment of small cell. So one provider, for instance, said that they’re deploying them at six times the pace as before that one decision,” Carr said. “Another set of decisions, we engaged and looked at the state and local process, effectively, the zoning process that takes place when you look to put up a small sale. And we put some guard rails in place at that level, to make sure there’s not exorbitant fees that are applied.”

For example, some cities that Carr described as “must-serve” due to the size of their populations were charging up to $1 million for the rights to come into the city and deploy 5G. They saw it as a tax opportunity. But Carr said that means fewer rural communities would get served as cities sucked up all the capital.

“What we did was we put some guard rails in place that said cities get to recover a reasonable approximation of their costs. So cities are not going to be bearing the expense associated with 5G, they’re going to be fully compensated for their role in this process,” he said. “What a lot of cities realize is, if you can enable the build out of 5G, you then get economic opportunity. On top of that businesses want to come in, you get smart city applications that drive down your cost of running your business running your city. So that’s how we try to approach it.”

Meanwhile, FCC is also looking into programs that can offer incentives for companies to deploy to rural communities as well, where it’s sometimes tougher to make the business case based on the sparse population. For example, Carr said the FCC currently has a federal universal service program worth about $10 billion, to encourage rural broadband development.

“I’ve been in a lot of small towns in rural America; I’ve been to large paper manufacturing mills, seed processing plants, the biggest employers in these rural communities, and to a person, they tell me that without the broadband that they have right now, they would have to move out of that community, and it’d be a tremendous job loss,” Carr said. “So when I think about the support we have to provide so every community gets this connection, I think of it through that lens of that broader economic impact on the community.” 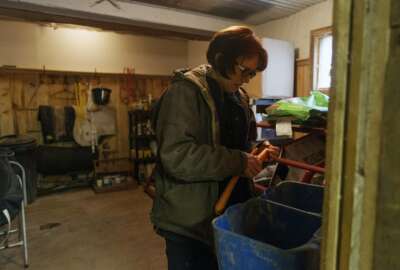 With billions to spend, feds unsure who lacks broadband 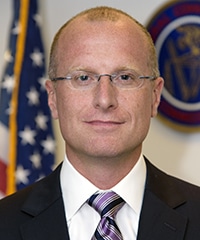 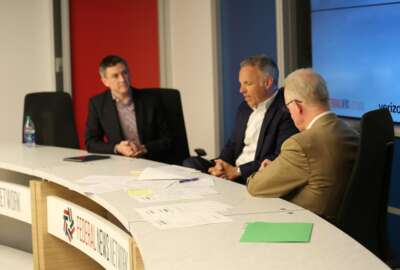