It’s why the Partnership for Public Service has formed the Federal Innovation Council, a group...

It’s why the Partnership for Public Service has formed the Federal Innovation Council, a group of leaders from across government who are viewed as “champions” of inventive, cutting-edge practices at their agencies.

Innovative organizations often use evidence to pilot, test and scale new approaches, the Partnership found in a recent study of agency best practices. These organizations focus on their customers first, and leaders instill the vision that their agency can be a welcoming place for their employees and their ideas.

“We don’t have nearly enough venues to focus on this vision or the key characteristics or the steps we need to take to unlock innovation within government, inside or outside of government,” said Dan Correa, a strategic adviser for the Partnership for Public Service and a former assistant director for innovation policy at the Office of Science and Technology Policy.

The council will focus on finding new approaches to acquisition, innovation methodologies and public-private partnerships — and highlighting agency best practices that other organizations can use themselves.

“What’s really going here has a lot further [to go] than just [highlighting] best practices,” Josh Marcuse, executive director of the Defense Innovation Board, said last week at the Partnership’s Federal Innovation Summit in Washington. “It has to do with momentum-building, with movement building, with a sense of real, purposeful community. Let’s face it: There’s a lot of back pressure when you try to change the system. The disruption that we cause is often virtuous and people see the value, but it’s very difficult to get beyond winners and losers.”

Marcuse is a co-chairman of the Partnership’s Federal Innovation Council. He said the new council will serve as a kind of support group of federal innovators.

“There is a psychological and an emotional burden that each person in their agency, whether they’re by themselves or part of a group, bares when they want to hoist above their heads the banner of federal innovation and say, ‘I’m a change agent.’ That also looks a bit like a target,” Marcuse said. “Where do those people go to be safe, to be among their tribe, to feel protected? We wanted to create that place.”

For Katie Tobin, director of lateral innovation at the Office of the Director of National Intelligence and a Federal Innovation Council member, finding a “tribe” of likeminded thinkers in government is key.

“Even if you think you’re alone in your agency… you’re not. Sometimes people are a bit quieter. They’re not comfortable coming forward until they see someone who’s leading the way,” she said. “We have an internal innovators network at work, and we often start our meetings with who here wanted to quit this week? A bunch of hands go up every single time. It just diffuses the tension, because you know it’s not just you, you’re not imagining things. But the meeting doesn’t end there.”

That mindset is driving Tobin and her team to develop a series of new procurement pilots for the intelligence community to better interact with industry.

“The IC doesn’t really publish org charts or contact lists, so it’s kind of hard to know where you fit in or what we do or who to talk to,” she said. “On the government side, people are aware that there are rules about this but don’t know what they are. They just assume it’s going to be a bureaucratic process.”

Agencies within the intelligence community don’t often think outside of the box when it comes to soliciting new ideas from industry, but Tobin is trying to change that.

And as State Department employees Bridget Roddy and Nora Dempsey have developed and expanded the Virtual Student Federal Service (VSFS), an internship program that allows college students to intern for agency remotely, they’ve made a conscious effort to approach their work with kindness and optimism.

Colleagues who have missed a deadline or have a question about the internship program are encouraged to speak up and ask for flexibility or additional accommodations.

“We try to be positive and kind, and that’s something that’s really allowed the program to grow,” Roddy added. “Hopefully we’ve tried to spread that a little bit throughout VSFS.”

In addition, the new innovation council will also focus on maintaining innovative programs or initiatives during presidential transitions or ideological shifts in the White House and Capitol Hill, Marcuse said.

“We know these winds shift, but what we need to do for the American people needs to stay the course,” he said. 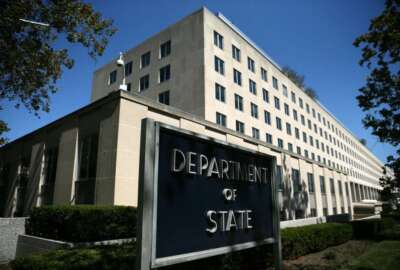