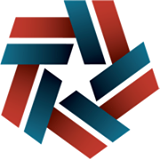 Sometimes an innovative federal program achieves success by avoiding “no.” In the State Department, that approach may be exemplified by the Virtual Student Federal Service.

Once known as the Virtual Student Foreign Service, the program was born out of a speech by then-Secretary of State Hillary Clinton during a commencement speech at New York University in 2009.

“We’re also doing more to marry technology with global service. That’s why today I am pleased to announce...

Sometimes an innovative federal program achieves success by avoiding “no.” In the State Department, that approach may be exemplified by the Virtual Student Federal Service.

Once known as the Virtual Student Foreign Service, the program was born out of a speech by then-Secretary of State Hillary Clinton during a commencement speech at New York University in 2009.

“We’re also doing more to marry technology with global service. That’s why today I am pleased to announce that over the next year the State Department will be creating Virtual Student Foreign Service Internships to harness the energy of a rising generation of citizen diplomats,” Clinton said in her speech. “Working from college and university campuses, American students will partner with our embassies abroad to conduct digital diplomacy that reflects the realities of the networked world. And you can learn more about this initiative on the State Department’s website.”

The only problem? There was no such initiative at the time.

“It was a throwaway line in the speech,” Nora Dempsey, senior advisor for innovations, Office of eDiplomacy, said at FCW’s Digital Transformation conference on June 13. “Our default was no [as a department], but our office said we’d take it.”

The first year, there were 40 applicants for the 40 projects listed by State employees. Nine years later, VSFS is by most observers considered a great success — 60 agencies participate, listing more than 500 projects. Out of more than 5,000 applicants, more than 1,300 became eInterns over over the past year.

The prime mover behind VSFS is Bridget Roddy, project manager in the Office of eDiplomacy, who has shepherded the program from the start.

“It was just a kernel of an idea,” Roddy said.

She credits the program’s initial success to several factors, including its being a digital initiative that filled a need, and applicants didn’t need security clearances. She said a team of developers built VSFS on Cake PHP, and are using the U.S. Digital Service design standards.

Other agencies approached the office, saying they’d like to do something like it. “We said, why not join ours?” Dempsey said.

Among the agencies that have joined VSFS to list online internships are the departments of Agriculture, Defense, Homeland Security, Energy and Labor, as well as agencies such as National Aeronautics and Space Administration, Smithsonian Institution, National Records and Archives Administration and the Central Intelligence Agency.

Dempsey said no one ever asked permission to add other agencies to VSFS. She offered one of the most famous quotes of the late Grace Hopper, a pioneer in computer science and U.S. Navy rear admiral: “It is often easier to ask for forgiveness than to ask for permission.”

Student applicants can find the listings on USAJobs.gov, and apply for up to three of them; the project supervisors make the selections. The eInternships will require students to work on their projects for about 10 hours a week, from September through May. Some academic institutions have worked with their eInterns to provide course credits for completion.

Each year, participating agencies’ VSFS supervisors can submit proposal requests starting on May 1. Normally the requests must be submitted by June 10, but the proposal submission deadline this year has been extended to June 17.

“Through VSFS – speaking at events, presentations at agencies, emails, radio show exposure, etc. – we have made contacts and been exposed to ideas that then inspired us,” Roddy said in a follow-up email. “We use UX (user experience) practices, listening to what students and federal mentors need, throughout VSFS, both for the actual … website, and also for the program overall.”

Today, Roddy said, there are many students who participated in VSFS and have gone on to pursue careers in government.

“In fact, each new Foreign Service officer class now has at least three of the 80 who were formerly virtual interns,” Roddy said. “Many agencies use VSFS as a recruitment tool.” 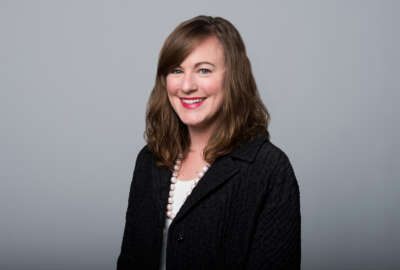