The District of Columbia said the other day it will launch a new web site for residents to schedule a vaccine. The first site was a disaster. This phenomenon occurred across the country as it dawned on state and local governments that people might actually want to get one of the vaccines breathlessly talked about on radio and television.

Indeed, the speed at which the industry developed vaccines in conjunction with the Operation Warp Speed...

The District of Columbia said the other day it will launch a new web site for residents to schedule a vaccine. The first site was a disaster. This phenomenon occurred across the country as it dawned on state and local governments that people might actually want to get one of the vaccines breathlessly talked about on radio and television.

Indeed, the speed at which the industry developed vaccines in conjunction with the Operation Warp Speed program was a huge success. The distribution, not so much, even though the Centers for Disease Control and Prevention did develop a distribution plan last fall. In practice the distribution initially caused a frenzy that resembled how people tried to get disinfectant wipes early in the pandemic.

What is solving the vaccine sub-crisis is simply the ramp up of supply. And government at all levels finally figuring it out.

Intent versus competence — that dissonance is cited in a report out this week from Deloitte and Fortune. With a survey of four thousand Americans, the study delved into why trust in the federal government is so low. Only 20 percent of the people trust it. The study authors call the situation a crisis of trust.

I don’t feel government at the federal, state and local level was totally bad in the vaccine distribution, but rather that it didn’t plan enough in advance. After waiting  a few weeks until the situation seemed less like sharks going after chum, I finally got my first vaccine shot appointment through CVS. It took me two online sessions to book, the second session lasting only minutes.

The CVS scheduling system simultaneously booked my follow-up Pfizer dose, something that other sites managed to scramble, from anecdotes I’ve heard. The process wasn’t perfect. On the first evening I tried, I was on web-hold for an hour before the session timed out. The next morning, at about 6:30 a.m., no problem. From an online list I found a nearby location that had convenient appointments. The screens to sign up were fast and easy to navigate.

CVS required my Medicare number. Whether its system compared that to a federal database, or simply recognized the unique alpha-numeric pattern of Medicare numbers, I don’t know.

Everything went smoothly at the store itself.  In the socially-distant line-up at the back of the store, I had a chance to peruse the entire rack of banal greeting cards. At least I wasn’t in a drafty high school gym. Most of the people were my age. Right behind me were two guys who looked to be in their early 20s.

In the six days between my making the appointment, I didn’t presume anything. Not until after the pleasant pharmacist, Tai, pulled the emptied syringe out of my left shoulder.

The state and county where I live had a rough start: bad web sites, conflicting announcements, policy that varied from location to location. And, of course, only a trickling supply. Now things are more coherent.

Things are also more vertically integrated. For instance, the Centers for Disease Control and Prevention’s site, cdc.gov, acts as a portal to send people to their state. From there, things still vary widely. For instance, Maryland’s web site directs you interactively by  zip code to pharmacies, local health departments, and hospitals/clinic sites.

For kicks, I tried Billings, Montana 59103 this morning. The Montana web site turned up zero locations. For 59105, it turned up 11 providers, only two of which were out of stock. The Osco over on Grand Avenue has ’em.

The Departmento de Salud of Puerto Rico listed no vaccination centers, stating (in either Spanish or English) that information will be available soon. Another button revealed, “Currently the procedure to requisition vaccines against COVID-19 is under review. In the next few days we will be sharing details about it. ”

I’ve been pondering the architecture of something as big as the distribution of vaccines to hundreds of millions of people. Did the government need to be an intermediary at all, once the FDA gave the go-ahead? That is, suppose the vaccine companies simply worked directly through the drug store chains, health care networks. That would offer speed and efficiency, but it’s not quite the answer either. What about the indigent, the homeless, and anyone else who can’t navigate these systems?

The answer probably lies somewhere in between completely turning over distribution to the private sector and trying to control everything. The objective, after all, is to get everyone vaccinated. Government in general didn’t show, at least at first, a huge degree of competence, but it’s showing the qualities of a learning and adapting entity. The next question is how to preserve the lessons learned from this slow-moving black swan. 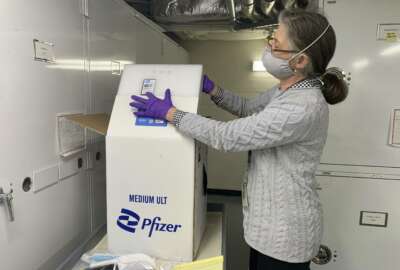 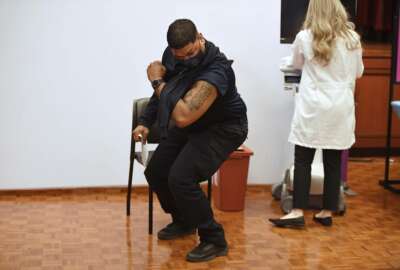