On this episode of Women of Washington, Gigi Schumm welcomed Vijaya Kaza, chief development officer at Lookout — a cybersecurity...

On this episode of Women of Washington, Gigi Schumm welcomed Vijaya Kaza, chief development officer at Lookout — a cybersecurity company for the world run by mobile applications. In an environment where everything is mobile oriented, Kaza said Lookout provides the protection companies need against a wide spectrum of security and phishing risks to their apps, networks and WiFi devices.

“As a result, we have the largest dataset of any mobile vendor out there. That is actually what powers our machine learning-based security platform,” she said. “We can actually provide very effective mobile security against all of these threats.”

Before joining the workforce in the U.S., Kaza had already entered the STEM and technology field back home in India. When her husband, also in the engineering field, decided he wanted to relocate to Silicon Valley, she was supportive and followed. After going back to school and earning her second graduate degree, she really fell in love with engineering and companies such as Cisco in particular.

Her path to leadership was pretty straightforward. She said being a role model to so many younger cousins growing up naturally led her to where she is today. Having the right amount of influence has always been important to her.

“I had to be the role model … do everything perfect … do everything correctly and set an example for them. I think it shaped who I am today in my life and really got me into leadership in a very natural way that wouldn’t have happened otherwise,” Kaza said. “The reason for that was because I always believe that rather than me contributing directly by myself, if I could make 100 of myself or thousands of myself, that the impact I could make on the organization is much greater.”

From her 17 years with Cisco, to a career with FireEye focused on cloud operations and software-as-a-service, and now her time with Lookout, she’s been very fortunate to be able to pursue her dream career.

And now she works with more than 30 federal agencies and other customers with the mobile-security firm.

Growing up, she was inspired by her grandmother’s determination to make a better life for her family. She said in India, dream careers are focused more on survival instinct than natural interest. This is one reason why she was led to pursue a career in the STEM fields.

“I think more than anything, to be honest … you want to make something of yourself and something for your family. Because math and science will get you better jobs and better opportunities in your career, people are naturally driven to those,” she said. “Nobody has the luxury of let’s say taking an art class and spending the rest of their life enjoying and doing what they really enjoy, because that may not feed their families.”

She was familiar with Cisco’s telecommunications background and culture of empowerment before moving to California. This was one reason why she decided to take the plunge and was fortunate enough to be offered a position with the company.

Eventually, she did work her way up. Kaza said that even after a decade at the company, she was still learning. And that is the key to being successful in your space. To ensure prosperity, she said she would ask herself: What are the skills I have today? What are the gaps? What else do I need to acquire?

She made it a point to develop new skills and to stay focused on what her end game was.

“Certainly, there were challenges along the way, it was not always a straight line. I know at times there were occasions where I was passed up for a promotion or things have taken much longer than anticipated for whatever reason,” she said. “But those are in the moment type of things. You have to kind of step back and take a look at the big picture and keep going. That’s kind of what helped me.”

Success is more about thinking intentionally about every step and laying the foundation one brick at a time. Then when you’ve reached the top, sometimes you have to start again at the bottom. This is what led her to eventually go from a large company like Cisco, to a small company like Lookout.

Working in a smaller environment has given her the ability to put more ideas into action. She said her bosses have been encouraging and in many ways have told her it’s better to apologize than to ask for permission.

She enjoys being able to leave a legacy for other young women.

“Sometimes when you look back and talk to others and they said ‘such and such has followed your path and has done this or that,’ it’s really gratifying and gives a lot of happiness that you are able to make such an impact on someone’s life,” Kaza said. “That is always good to hear.”

She quoted Warren Buffet saying the two most important decisions you can make in your life are: Who you marry and what career you pick. She said she was pretty lucky.

But that luck didn’t come without some hard choices. But making sacrifices in life — whether it’s missing an event at your son’s school or spending less time with your family — is very important in a successful career.

Kaza said she’s learned how to make those conscious choices, while making sure her family knows what is going on and were OK with her decisions. In the end, not every choice has to be that difficult.

“Things that seem like big obstacles in the moment may not actually be that big of a deal when you actually think about it in the long run,” she said. “So always put things in perspective and not get discouraged.”

Kaza also said she stopped labeling herself as inferior because of her gender, and suggests other women do too.

“Stop thinking of yourself as a woman, but believe in yourself as an individual and what you bring to the table,” she said. “Continue and have a passion. Think of your career as a project and really manage it very carefully.” 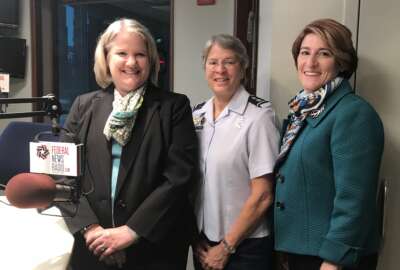 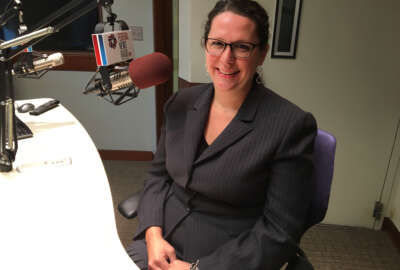 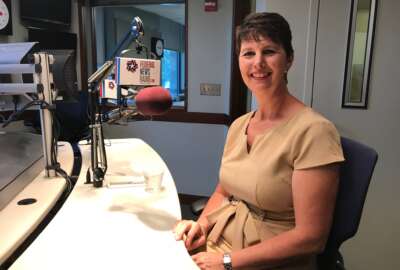