FBI prepared for whatever Inauguration Day threats might come its way

The Secret Service is the lead agency for operational security during Inauguration Day, and the FBI will be the lead agency for counterterrorism, domestic intelligence and criminal activity. City police. and Capitol police, as well as FEMA will also be providing support, as hundreds of...

The Secret Service is the lead agency for operational security during Inauguration Day, and the FBI will be the lead agency for counterterrorism, domestic intelligence and criminal activity. City police. and Capitol police, as well as FEMA will also be providing support, as hundreds of thousands of people flock to the National Mall on Jan. 20.

“The national capital region hosts a large number of national special security events, generally one or two a year, so the agencies here are well rehearsed in collaborating for these events,” said Assistant Special Agent in Charge David Sundberg, of the FBI Washington Field Office, Counterterrorism Branch. “The inauguration, being one of the largest national special security events, formal planning began last summer between the agencies at all levels.” 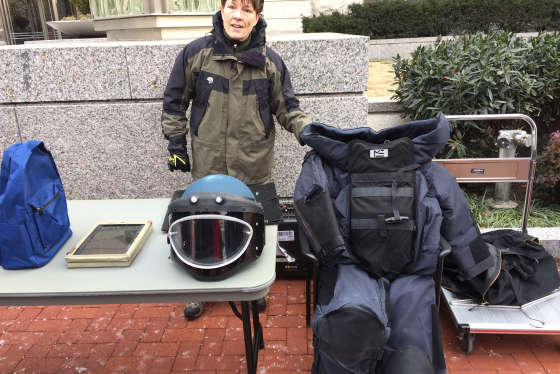 The FBI’s Washington Field Office is ready to respond to a variety of threats or events that might occur during the 58th Presidential Inauguration. The various tactical response teams can handle hazardous materials, bomb threats, barricade situations, and can offer emergency medical support to agents injured in the line of duty. The FBI Washington Field Office’s tactical response teams presented some of their tools and kits that can be deployed on Inauguration Day during a Jan. 9 press conference in Washington, D.C.

During a Jan. 9 media availability to demonstrate the FBI’s tactical response teams, Sundberg said the FBI relies heavily on its partnerships with other federal agencies like the Homeland Security Department, and law enforcement agencies like the D.C. Metropolitan Police, U.S. Capitol Police and U.S. Park Police.

Standing outside an Army-green Lenco BearCat parked near the FBI headquarters in Washington, D.C., a special agent for the FBI’s Washington field office SWAT [Special Weapons And Tactics] team said a good day for his team is an uneventful one.

“We actually prefer to stay out of the limelight,” said the agent, who identified himself by his first name, Phil. “We’ll be in a few locations where we’re not visible but mobile, so that we can respond to something.”

The role of the FBI’s SWAT team, Phil said, is to provide quick reaction forces support for the Secret Service in the event of something like a hostage or barricade situation.

The team members, which use the hulking armored truck to get around, are outfitted with hard and soft body armor, night vision goggles, and a variety of shields and tools to break down doors and windows, depending on the situation.

There’s also a robot that can be sent in to investigate an area where it’s unsafe for a person to enter.

The FBI will also have its bomb technicians and hazardous evidence response teams ready to mobilize at a moment’s notice.

Suspicious packages and bags can be blown open with high-powered water streams, and agents can use bomb suits if a suspicious device requires a technician to investigate or deactivate it.

An FBI bomb technician who was also at the press conference said when it comes to inauguration attendees, the best advice is to read the prohibited items list to avoid losing your bag and giving the FBI unnecessary investigation work to do.

“Oftentimes what we run into is someone brings down a bag that is too big, something they’re not allowed to get through and they can’t get it through the [metal detectors],” the agent said. “They try and leave it somewhere outside, because they want to get inside. They think they can hide it someplace outside and come back to it. That’s why I would ask, don’t leave anything unattended.”

Chris Derks, a team leader and special agent for the FBI’s hazardous response team, will have his agents ready to clear an area of a potentially hazardous weapon if the situation calls for it.

And if there is an incident that occurs and agents are injured, Chris Lee, a special agent and operational medical coordinator, will be out with his team ready to help.

Lee’s mobile office is a black converted van equipped with some of the same gear used in emergency rooms.

“We can do everything from band-aids to surgical airways,” Lee said. “We can do cardiac care. We carry a full complement of cardiac drugs, what you’d see in the first couple minutes of an ER, airway equipment. We also carry rescue equipment to get somebody out of rough terrain.”

But like his colleagues on the SWAT team, the hope for Inauguration Day is for it to be a quiet shift, Lee said.

“I like to tell folks I advertise myself jokingly as the lazy paramedic,” Lee said. “I say I would much rather not have to do the work and prevent things in the front end.”

Hundreds of thousands of people are expected to attend inauguration-related events.

To help relieve commuting traffic — and in preparation for temporary shutdowns of major roads around the city’s center — the Office of Personnel Management is giving D.C. area employees and teleworkers the day off.

“The legislative history states that the holiday was established to allow employees working in the inauguration day area to attend the nearby inaugural ceremonies and to avoid the traffic problems and work disruptions that would occur if employees were required to report for duty,” said OPM acting Director Beth Cobert in a memo.

Employees who are scheduled to telework on Inauguration Day at a location within the D.C. metro area are off that day no matter where their official worksite is located.

Employees who are scheduled to telework on inauguration day at a location outside the D.C. metro area are not on vacation that day, again, no matter where their worksite is located. 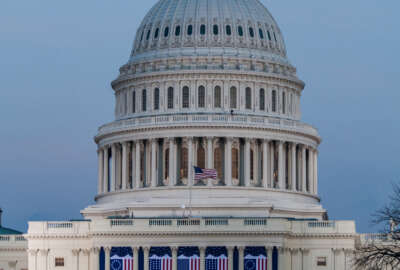 3-day work week for DC area feds due to inauguration 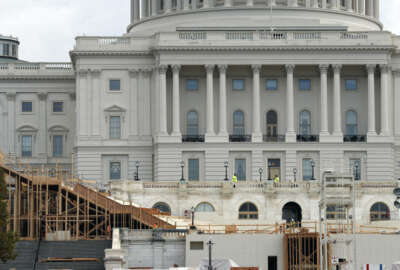