When the Supreme Court ruled in favor of Veterans Health Administration employee Noris Babb, it was saying a couple of things. In part, the court sorted out the differences in the age discrimination statute for federal employees, and the statute for everyone else. Joining Federal Drive with Tom Temin  with what you need to know, Federal Practice...

When the Supreme Court ruled in favor of Veterans Health Administration employee Noris Babb, it was saying a couple of things. In part, the court sorted out the differences in the age discrimination statute for federal employees, and the statute for everyone else. Joining Federal Drive with Tom Temin  with what you need to know, Federal Practice Group partner Heather White.

Heather White: Thanks so much.

Tom Temin: First of all, tell us the difference between the statutes on age discrimination. I guess there’s a federal statute, that is to say one that applies to federal employees, and one to private sector employees, which I guess is a little surprising to begin with?

Tom Temin: And there’s a higher bar of proof that there was age discrimination in I guess in the federal one, or was that in the private sector one?

Heather White: Well, it’s interesting and this case actually clarifies that for us now. Previously, we had understood that in age discrimination cases, the employee had to prove that age discrimination was the primary motivation for the harmful action that they were suing about. So they had to prove not just that it was a factor in a negative decision, you know, as far as hiring, promotion, termination, that kind of thing, but they had to prove that it was the primary reason that it happened. That’s different from other kinds of discrimination cases, where the employee only has to prove that discrimination was a factor in order to get some kind of relief from the court or from the EEOC in the federal sector. This case actually now clarifies that actually, even in age cases in the federal sector, because of the way that provision is written, which is more broad than the private sector provision, if employees prove that age was a factor, they too can get relief from the EEOC, or the federal court if they choose to pursue their case there. So it actually is broadening the protections of the act and making it a little bit easier for employees who are suing for age discrimination to get some kind of compensation and to get a finding that the law was violated.

Tom Temin: I guess before this federal employees were subject to the but-for proof level, that is to say, I would have gotten the job, but-for my age, now, they can say that age it was just one of the factors, but not the but-for factor, correct?

Heather White: That’s correct. So the but-for standard is still applicable to the private sector and to state and local government employees, as we understand it now, just based on the way the court has delineated it. But now the federal employees actually have a somewhat slightly lighter standard, which is actually consistent with the plain language of the statute, because it is written more broadly. The federal sector provision says that all personnel action shall be free from any discrimination based on age. And you know, when you hear that just in plain English, any means any, it should mean that, you know, you don’t have to prove a very high level of discrimination but any, and indeed the decision actually confirms that it’s it’s quite comforting actually to know that, you know, the Supremes will agree with us that the plain language should actually mean what it says.

Tom Temin: In other words, is there any salt in these sugar cookies?

Tom Temin: All right. The basis then for the Supreme Court ruling was the plain language of the statute itself.

Heather White: That’s correct. They actually spent quite a bit of time going in and talking about the grammar and which clause was being modified by which adjective. You know, it was really parsing language, but they really didn’t go far from the text itself. And honestly, the way it was written, it does appear that Congress was deciding that it was gonna hold the federal government to a higher standard than it would the business sector employer. And if you think about it, that’s absolutely appropriate because the federal government should be a model employer, and indeed that they’ve held that in other cases as well. For example, Congress very clearly stated that over on the disability side, they want the federal government to be a model employer of people with disabilities, you know, to work hard to ensure that there’s a diverse workforce with people from all walks of life, including people who suffer from medical conditions and, you know, day to day disabilities and they now are indicating that, indeed that is there a similar understanding of Congress’s intent with respect to age, that they actually want the federal government to do better than a private sector with a profit motive might be required to do.

Heather White: Well, unfortunately, the Constitution doesn’t actually have any provisions that protect people based on age. It’s a little different from obviously race, Congress had to step in and make lots of changes to the Constitution after the Civil War in order to ensure that various problematic provisions were ripped out and it was clear that citizens were, well that all persons are equal, based on race or national origin. So that’s the basis for Title Seven. The ADEA is really not constitutionally based and really no I don’t think there’s any basis for federal employees having more protections from age discrimination in the Constitution. There are protections, federal employees do have a due process, right. Those who are civil service career service employees under Title Five, they are not at will they are only subject to termination for cause. That’s always been the case, though, that’s basically baked into the whole concept of a civil service so that employees can do their jobs and not be subject to the whims of, you know, whatever administration maybe coming through, and have some limited right to retain their job. Of course, that is always subject to limitations, based on you know, them successfully performing their duties and not engaging in any misconduct. And, you know, contrary to the folklore, it is actually very possible to fire a federal employee for misconduct or performance if it’s warranted.

Tom Temin: All right, getting back to Babb v. Wilkie then, what do you feel is the practical effect now after the Supreme Court decision?

Heather White: Well, it’s actually a bit revolutionary because of another aspect of the decision, where the court said that to the extent that a federal employee proved discrimination on age occurred, and that it was the primary motivating factor, but for cause of the discriminatory act, the decision indicated that compensatory damages might be available, which we had not previously understood. So we hope very much on the plaintiffs bar, that that is, you know, that that’s going to hold because that is a whole new category of relief that had not previously been available to federal sector employees under the ADEA, just based on our prior understanding of the statute.

Tom Temin: Well, having read the facts of the case, in one of the summaries online, it seemed pretty clear that it was a but-for kind of discrimination because people younger than Ms. Babb with fewer qualifications were promoted over her to these positions of providing this new type of service that the VA was instituting. So given the fact that this decision might lead to those types of remedies, how does one go about actually getting them? Cause the Supreme Court didn’t order VA to hire her back, and this kind of thing.

Heather White: Yeah, well, presumably now that the court has ruled on the case, it will be remanded to the lower court. And the lower court will issue decisions consistent with the Supreme Court’s interpretation of the statute. And so presumably, the employee will get to pick up the case where it was left off and they will get to, you know, request damages to the extent that they’ve prevailed, you know, whether they’ve established but-for causation or whether they’ve established that there was a motive, and they can then make a case for damages. So generally in lawsuits, you know, first you have to win. And then the question is, what are you entitled to, you know, having won. And so the damages phase of that case is now going to be very interesting because all of a sudden, there’s a whole new, you know, category of damages. Essentially, compensatory damages are money that is paid by the guilty employer for having injured the person whether in the form of medical receipts essentially for injuries, physical or psychological, which were caused by the discrimination, and you need to keep your medical records and, you know, be able to produce your receipts later on to show the extent you’re out of pocket. But then also, there’s what’s called non pecuniary compensatory damages, which essentially is pain and suffering, it’s a more intangible thing. How hurtful was this to you? How stressful was it? Did it cause any new medical conditions? Did it exacerbate existing medical conditions? Did it damage your reputation, your career prospects? We’ve had cases where, you know, employment cases are so stressful, because we’re Americans, we work if we lose our job, it’s incredibly destructive and stressful. And, you know, it can lead to divorces, you know, depression, it can do a lot of damage to someone’s personal life as well as their professional life. And so in some small way, obviously, money is not going to make you whole for all that harm that was done, but it’s our attempt after the fact to try to make the employee whole. And now that does seem to be available where before it was not.

Tom Temin: Now these court proceedings take a lot of time and no pun intended. nobody’s getting any younger, could VA and the plaintiff just simply settle too, would that be something you could envision?

Heather White: Oh, absolutely. I mean, particularly now, one would think, now that federal agencies may have a greater exposure. If they lose, and may have to pay compensatory damages, I would hope that that would cause them to sort of rethink their math on some of these cases where before, they knew that it wasn’t going to be particularly expensive, even if the employee won and that did definitely weaken the employees hand in settlement talks. But you know, settlement is always an option if the parties are willing. It’s usually the better outcome but you have to get both sides to a point where everybody is sort of equally frustrated, and then it’s most likely a decent compromise in our experience.

Tom Temin: Attorney Heather White is a partner at the Federal Practice Group. Thanks so much for joining me.

Heather White: My pleasure. Thanks very much. 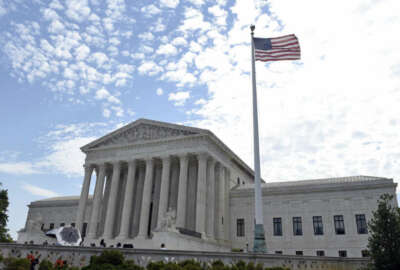 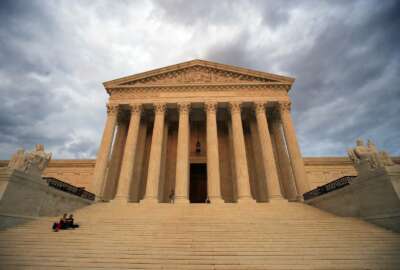 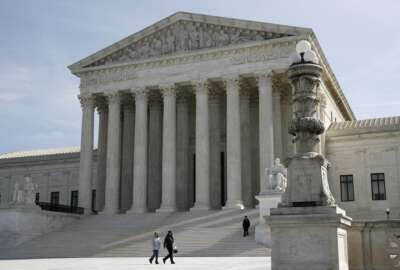