Federal employees may have an easier time proving age discrimination, thanks to a new ruling from the Supreme Court.

In an 8-1 ruling, the Supreme Court on Monday said federal employees have a lower burden to prove differential treatment under the Age Discrimination in Employment Act (ADEA) compared to their counterparts in the private sector and state and local governments.

The ADEA protects certain employees and job applicants who are 40 years and older from...

Federal employees may have an easier time proving age discrimination, thanks to a new ruling from the Supreme Court.

In an 8-1 ruling, the Supreme Court on Monday said federal employees have a lower burden to prove differential treatment under the Age Discrimination in Employment Act (ADEA) compared to their counterparts in the private sector and state and local governments.

The ADEA protects certain employees and job applicants who are 40 years and older from age-based discrimination in hiring, firing, promotion or demotion and other conditions of employment.

The case before the Supreme Court came from Norris Babb, a clinical pharmacist at the Department Veterans Affairs who had sued the agency back in 2014.

Babb said she was denied a promotion, holiday pay and training and development opportunities, in part, because of her age.

According to the VA’s arguments, Babb could only obtain relief under the ADEA if her age was a “but-for cause” of the personnel action, meaning she’d have to prove she would have otherwise received the promotion or training if her age wasn’t taken into account.

“This interpretation, the government contends, follows both from the meaning of the statutory text and from the ‘default rule’ that we have recognized in other employment discrimination cases, namely, that recovery for wrongful conduct is generally permitted only if the injury would not have occurred but for that conduct,” Justice Samuel Alito, who delivered the court’s opinion, said in Monday’s ruling.

Babb, however, argued the ADEA prevents an agency from using age at any point during the personnel decision-making process.

The court debated the correct interpretation and came to a relatively easy decision.

Under the ADEA, the court said, federal employees need not prove age as a “but-for cause” for a personnel action itself. Instead, they must simply prove they received differential treatment due to their age during the personnel decision-making process.

Put another way, the court contends federal employees must prove their age was the reason for differential treatment that led to a personnel action, but not the reason for the firing, suspension, promotion or decision itself.

Alito uses an example to illustrate the argument, where an agency must decide whether to promote 35-year-old “employee A,” or 55-year-old “employee B.” Under a hypothetical policy, an agency will first rank these two employees up for promotion using a numerical score based on non-discriminatory factors. Using these factors, “employee A” receives a score of 90, while “employee B” earns a score of 85. Next, the agency will dock five points from employees over the age of 40 and will give the promotion to the employee with the most points.

“This decision is not ‘made’ ‘free from any discrimination’ because employee B was treated differently (and less favorably) than employee A (because she was docked five points and A was not),” Alito said. “And this discrimination was ‘based on age’ because the five points would not have been taken away were it not for employee B’s age.”

“Employee A” would have won the promotion even if the agency hadn’t considered the ages of both workers and hadn’t docked points from the older employee’s score, Alito acknowledged. But the agency still claims liability under the ADEA, the court argued.

The ADEA, which Congress passed into law in 1967, originally applied only to private sector employees. Congress expanded the law’s scope back in 1974 to cover, state, local and federal governments.

Lawmakers at the time simply added state and local government to the definition describing an “employer” under the ADEA. But Congress, however, added separate language outlining a distinct statutory scheme for the federal sector, a point that the Supreme Court said is notable.

“We are not persuaded by the argument that it is anomalous to hold the federal government to a stricter standard than private employers or state and local governments,” Alito said. “That is what the statutory language dictates, and if Congress had wanted to impose the same standard on all employers, it could have easily done so.”

The ADEA, however, does set tougher standards for federal employees seeking reinstatement, back pay, damages or some other relief related to a firing, demotion, suspension or other personnel action. These employees must, in fact, show age discrimination was a “but-for cause” of the personnel action, the court said.

“Plaintiffs are not without a remedy if they show that age was a but-for cause of differential treatment in an employment decision but not a but-for cause of the decision itself. In that situation, plaintiffs can seek injunctive or other forward-looking relief,” Alito said.

Only Justice Clarence Thomas, who said he interpreted the ADEA language differently, disagreed with the court’s opinion. Simply requiring federal employees to prove age discrimination “taint[ed] the making of a personnel action, even if the agency would have reached the same outcome absent any age-based discrimination,” is an “unworkable” rule, he argued. 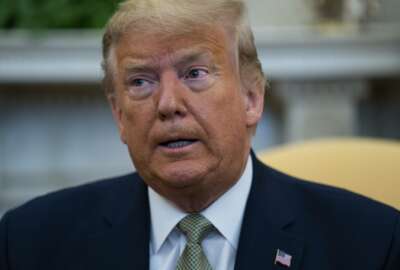 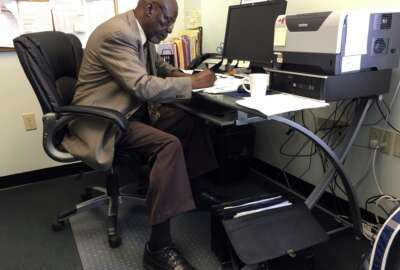