“The data platforms are a place to integrate and curate data, do...

“The data platforms are a place to integrate and curate data, do analysis, and those are often tightly coupled to a place where you want to integrate data and experiment with so you can see if that integrated data is meeting the warfighters’ function,” Markowitz said at the recent Army Network Technical Exchange Meeting (TEMS) event hosted by the Program Executive Officer Command, Control Communications — Tactical (PEO-C3T). “Right now we’ve got several in the Army and a few in the Defense Department. We’re probably always going to have a few. But those are ones we probably want to streamline and unify, but still have a hybrid solution at the enterprise level.”

But whether it’s the Army’s Vantage program or DoD’s Advana platform and the Defense Information Systems Agency’s Gabriel Nimbus, which PEO-C3T is considering to help with a common operating environment, Markowitz said the data is must move freely across all of them.

“There are kind of unique aspects where some data platforms are more ‘fit for purpose,’ just due to certain high compute needs. But there’s some of them need to be more generic and easy to use. This is an area where we will probably see some level of convergence,” he said. “From the government side, we need some flexibility. So if we move platforms in four or five years, I don’t know what technology is going to be, the ability to be agile to move from platform to platform and we want competition. I think we need competition with good price control. Then there’s some aspects of getting certain pieces of the technology that you can insert like data extractors, different forms of artificial intelligence or machine learning tool sets that you can add into your data platform. We’re still debating what we need on the application programming interface (API) level.”

Maj. Gen. Rob Collins, the program executive officer for PEO-C3T, said the data fabric the Army is developing will play a key role in making sure the systems can share information.

Transport agnostic is part of the strategy

The goal of the data fabric is to create an approach that lets the Army users ingest all the data, make sure it is understandable, it’s interoperable, it’s trusted and make sure it’s discoverable. The Army’s network cross-functional team is focused leading this effort at the enterprise and tactical levels.

Brig. Gen. Jeth Rey, who leads the Network Cross Functional Team, said the platforms have to depend on transport that is agnostic.

“That’s part of the strategy in the Joint All-Domain Command and Control (JADC2) program,” he said. “The other thing is multi-layer security architecture, that’s going to be key. You heard about talk about zero trust architecture, that’s another building block that we have to ensure that we get after to move data from the highest echelon down to those who execute on target. Then finally, we have to build on that cybersecurity across the board, that’s going to be key into strategy going forward. So again, that is just three of the things that I want you to keep in mind, in order for us to get to one the implementation of the data strategy and to how to get to JADC2 at the end of the day.”

Collins added that as the Army becomes more data-centric, they have a number of initiatives to reduce the impact and burden on the network like transportation aggregation gateways.

“Really the thought process there is whether it’s terrestrial, whether it’s an aerial connection, whether it’s a satellite, it can automatically select, transparent to the user, the best path, and it really is a core enabler foundational component to our data-centric environment,” he said. “Those are investments, big focus areas that we’ve got for the portfolio. We are actively developing and sending them out to the field as part of operational assessments so that we can fold them into our capabilities.”

Ross Guckert, the program executive officer for PEO-Enterprise Information Systems (PEO-EIS) added that by getting the data elements in place and ensuring the systems can integrate, the Army will have a huge opportunity to expand the use of artificial intelligence, machine learning and predictive analytics.

“Whether they reach back to the enterprise, whether it’s in the cloud, or whether it’s at the edge, if we get those architectures right and validate those, I think the leaders are going to get the information they need,” he said. 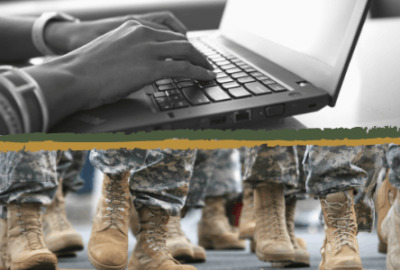 Army seeing some progress in its digital transformation 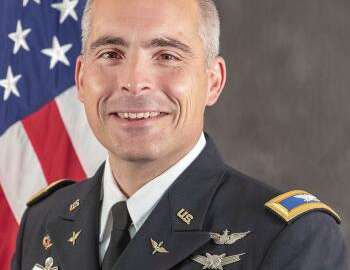 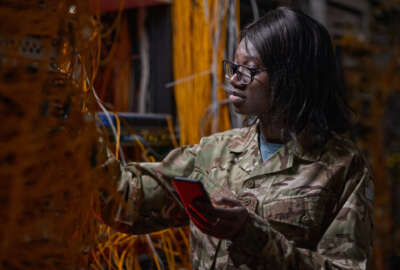