The Veterans Affairs Department and Congress have a busy year ahead.

VA is looking for congressional action on more than 100 legislative proposals, and 40 of them are new this year. Perhaps most notably, the department is looking for help to fix the Veterans Choice Program, which both Congress and the VA acknowledge is largely broken.

The program lets veterans find care outside of the VA under certain conditions.

“We have to modernize and clarify VA’s purchase care...

The Veterans Affairs Department and Congress have a busy year ahead.

VA is looking for congressional action on more than 100 legislative proposals, and 40 of them are new this year. Perhaps most notably, the department is looking for help to fix the Veterans Choice Program, which both Congress and the VA acknowledge is largely broken.

The program lets veterans find care outside of the VA under certain conditions.

“We have to modernize and clarify VA’s purchase care authorities to preserve veterans’ access to timely community care everywhere in the country,” VA Secretary Bob McDonald told the Senate Appropriations Subcommittee on Military Construction, Veterans Affairs and Related Agencies March 10. “Above all, this needs to be done in this Congress.”

Several pieces of legislation are circulating in the Senate that would change how veterans could find outside health care. The VA pitched its own proposal to Congress last October. The department’s plan would point veterans in the direction of the best care within a network of providers, rather than telling them to find care anywhere.

“We need to return to all the things we had before Choice,” McDonald said. “It was well-intended. But it was non-choice. It created a single entry point called a third-party administrator where you handed the veteran a phone number. I know that doesn’t work.”

Senate Subcommittee Ranking Member Jon Tester (D-Mont.) introduced a bill that details how the VA secretary would work with private providers to give veterans better access to care.

McDonald said he largely agreed with many aspects of Tester’s bill and wouldn’t advocate for the legislation if it didn’t address the concerns he had with the original Choice Program.

“We’re looking to bring all this together and move it as soon as we can,” said Sen. John Hoeven (R-N.D.), one of the Choice Improvement Act’s sponsors. “But this provides the important flexibility so that you can not only provide quality, institutional care within the VA for veterans that want to access that, but also so that we make the Veterans Choice Act work. We have a big problem with these third-party service providers … that are not providing quality service and that’s giving Veterans Choice a bad name.”

The key to Choice Program reform, McDonald said, is to change the contractual relationship with private care providers to develop a network of options for the veteran.

“We can’t outsource customer service,” he said. “That was the big mistake with the original Choice Act. We basically just outsourced customer service to the third-party providers. We would literally just give the veteran a phone number to call.”

Whatever solution the VA agrees to, McDonald said it must support the department’s vision to become the best customer service agency in government.

The problems with the original Choice Program stem in part from the 90-day timeline the VA had to get to it off the ground, said VA Undersecretary for Health David Shulkin.

Since the department first stood up the Choice Program, Shulkin said the VA has met with private industry to identify the best providers and hear their concerns, which largely involve the federal procurement process. Those meetings will help the department develop the right request for proposal once the VA begins the new Choice program, he said.

But some members of Congress are less confident in the VA’s ability to craft a better option based on the complaints and stories they’re hearing from their constituents.

Sen. Lisa Murkowski (R-Alaska), for example, said veterans in her state were happy with the partnership VA staff had developed with the Alaska Native Health Care System before the Choice program. Now, she said she can’t understand why the VA can’t recruit enough qualified doctors and health care professionals.

VA acknowledged as much; it’s well aware of the strikes it has against it.

“Our reputation has been hurt incredibly, and you’re hearing it from the veterans, because the Choice program hasn’t worked,” Shulkin said. 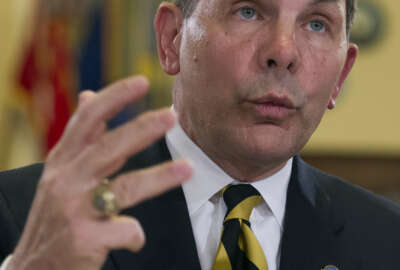 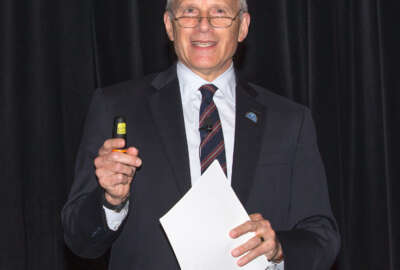