The Homeland Security Department has spent $180 million over the last 12 years to consolidate and modernize its human resources systems and has little to show for it.

A new Government Accountability Office report highlighted the program’s shortcomings, saying DHS completed one of 15 initial upgrades and has no estimated completion date for the other 14.

“Many were to be done four years ago, yet today DHS has absolutely no idea when or if these...

The Homeland Security Department has spent $180 million over the last 12 years to consolidate and modernize its human resources systems and has little to show for it.

A new Government Accountability Office report highlighted the program’s shortcomings, saying DHS completed one of 15 initial upgrades and has no estimated completion date for the other 14.

“Many were to be done four years ago, yet today DHS has absolutely no idea when or if these projects will ever be finished. HR IT is a poster child for inept management, in my opinion,” said Rep. Scott Perry (R-Pa.), chairman of the Homeland Security Subcommittee on Oversight and Management Efficiency during a hearing Feb. 25. “Senior leaders on the executive steering committee responsible for overseeing the work met only once in two years. I don’t call that commitment. DHS didn’t maintain the schedule to know when projects would be done and officials failed to estimate the total cost of HR IT and failed to track how much has been spent to date. DHS has no idea how $180 million appropriated by the people’s representatives in Congress has been spent. It’s reprehensible. It’s unbelievable. It unacceptable.”

Lawmakers from both sides of the aisle shared Perry’s frustrations over the lack of progress as well as what many on the subcommittee called long-term mismanagement.

The HR IT program has been in such bad shape for so long that GAO named it one of the top 10 most at-risk projects in all of government.

“Unfortunately, this investment has largely been neglected and the department has not come close to fulfilling its objective,” said Carol Cha, GAO’s director of Information Technology Acquisition Management Issues, during the hearing. “HR IT has made limited progress in achieving key performance targets outlined in the strategic plan for FY 2012 to 2016. HR IT is expected to reduce component specific services by 46 percent. It is also expected to increase departmentwide services by 38 percent. However since 2012, HR IT has achieved improvements in each of these target areas by only 8 percent.”

A major reason for the lack of progress is the constant trading of accountability and responsibility between the agency’s chief information officer and chief human capital officer.

Rep. Bonnie Watson Coleman (D-N.J.), ranking member of the subcommittee, said the hearing and the GAO report should be a wakeup call after years of DHS shifting around responsibility and lacking management oversight over HR IT.

DHS officials assured members of the subcommittee that they are restructuring the program and will have a new schedule by May.

“We’ve got, what I believe is, the right leadership in CIO in terms of IT expertise that they have. They have demonstrated the ability to turn around programs like this in the past, while at the same time [DHS CHCO Angela Bailey’s] job is to make sure that they are doing the right thing from a requirements perspective to solve the right problems,” said Chip Fulghum, DHS’ deputy undersecretary for management.

Fulghum said DHS revived the executive steering committee (ESC), which is led by Bailey and DHS CIO Luke McCormack. The ESC is spearheading an effort to update the HR IT strategic plan and lifecycle costs estimates.

He said the new strategic plan will go to the Joint Requirements Council (JRC), which focuses on how the agency sustains what it buys and tracks those operating costs, by April 30. The JRC will approve the new timeline in May, and Fulghum promised to get the committee details on the integrated schedule, including deadlines.

He said the new lifecycle cost estimates would be completed by Sept. 30.

“We are laser focused on this effort and you have my assurance that we will hold ourselves accountable and do something, take action, to deliver what we need to help [Bailey] do her job better,” Fulghum said.

Fulghum also was quick to point out that DHS has had some successes under HR IT, including the launch of a centralized Performance and Learning Management System (PALMS).

This was part of how former DHS CIO Richard Spires tried to jumpstart HR IT in 2012.

He said PALMS consolidated nine learning management systems run by the components. Three components — Customs and Borders Protection, headquarters and the Federal Law Enforcement Training Center — implemented the system in 2015, and three other directorates are scheduled to deploy PALMS in 2016.

DHS also will make a decision about whether the Transportation Security Administration, Federal Emergency Management Agency and the Coast Guard will implement PALMS by April 30, Fulghum said.

“Since 2009, we have spent $90 million on this program and here is what we got for that $90 million: we got an access business intelligence tool that is critical to better decision making and analysis in the department,” he said. “We spent $18 million on PALMS to get it up and running. We have a medical case management system for workman’s compensation to help process cases faster, and we’ve spent $10 million on the balanced workforce tool that will allow us to make better decisions on whether to insource or outsource a particular function.” 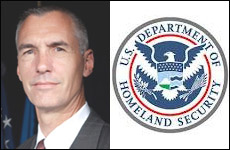