And some members of the House Veterans Affairs Committee are tired of waiting. The committee voted to subpoena the VA for documents related to the department’s spending on artwork over the past six years, as well as...

And some members of the House Veterans Affairs Committee are tired of waiting. The committee voted to subpoena the VA for documents related to the department’s spending on artwork over the past six years, as well as the files associated with VA’s administrative review of the failed Aurora, Colorado, construction project.

“I don’t think it’s necessary to delay this any further,” Committee Chairman Jeff Miller (R-Fla.) said during a Sept. 7 business meeting to consider the subpoena. “We’ve gone months and months and months. What I’m asking is for you to again trust me and the ranking member to work on a solution that is sufficient.”

Miller said he currently has 176 outstanding requests for information with the VA, some that date back to 2012. On average, it takes 80 days for the department to respond, he added.

“We have to be trusting of what VA provides us,” Miller told reporters after the hearing. “And right now, the figures that they provide us, whether it’s artwork, wait times, disability claims, compensation final results, I can’t believe what VA gives us. It’s unfortunate that we have to go all the way to a subpoena, but we’ll see if they provide us the full information now.”

The VA didn’t respond with documents related to the department’s spending on artwork until the committee set the Sept. 7 business meeting to consider a subpoena, and the information it provided was incomplete, Miller said.

“We will not accept VA trying to pull the wool over the eyes of this committee or the American people for poor decision making and a waste of funds made on the part of the department,” he said.

The vote came with some debate and disagreement from the committee’s minority members. But Miller pushed the vote through after agreeing to work with Acting Ranking Member Mark Takano (D-Calif.) in private on the language of the subpoena.

The committee’s vote came just before it heard from two leaders on the VA Commission on Care, the congressionally appointed, 15-member group that studied the Veterans Health Administration and veterans’ access to care.

Like the administration, the House committee, including its leadership, was largely supportive of the majority of the commission’s suggestions. But lawmakers are concerned whether current VA leaders are truly implementing the ideas and strategies that they’ve promised, and whether the department is up to the challenge of real transformation.

“Leaders get better over time,” said Nancy Schlichting, chairperson for the VA Commission on Care. “The current leadership has been in place a very short amount of time, actually, and have made some progress in key areas and have set the right tone for improving access. But they need some time. And it’s hard to judge whether that can happen unless there’s sustainable leaders in place.”

Yet one of the commission’s suggestions to change the leadership structure and role within the Veterans Health Administration has stirred much debate and will likely be the sticking point in future discussions about VA transformation.

The commission suggested that an 11-member board of directors oversee the Veterans Health Administration’s transformation and long term strategies. The proposed board would have the authority to review and approve major operational and business plans, including the VHA’s budget request.

The commission also said the board should help find and appoint “a CEO” to lead VHA for a five-year term.

Schlichting called the suggestion “the most critical” of the 18 recommendations to set VA on a path to transformation.

“That position [VHA secretary] has turned over repeatedly,” she said. “The ability to set that tone and follow through on a whole host of strategic initiatives in making decisions on a daily basis, gets cut off. And then the next person comes in, and it’s very hard for an organization, other than to hunker down and wait for the next leader, to embrace those kinds of changes.”

The 11-member board of directors would support this leader, Schlichting said.

“The board stands behind that individual and helps them be better,” she added. They are there for a broad base of input, expertise, again, that level of accountability, which happens on a more regular, routine and organized basis. … It’s not to usurp Congress, but it’s to get that performance up.”

But neither the President, nor the Secretary, nor most members of the House VA Committee, seem to agree that the recommendation for a governance board is a viable possibility.

“Outsourcing the crucial role of a cabinet secretary to an independent board that is neither elected nor accountable to the American people would be irresponsible and inappropriate, not to mention unconstitutional,” Miller said.

Congress should also help VA invest more leadership and resources into its human resources office, Schlichting said. The HR division is undervalued and under-invested, she added. Better HR leaders could help ensure that VA is holding its employees accountable to the standards the department — and Congress — want to see.

“It really takes strong leadership on the HR side to really put those processes and systems in place, to make sure that people are following them,” Schlichting said. “When we talked with some of the HR leaders, we did not get the sense that that was the traditional of the VA system to have that level of leadership.”

VA has more than 130 different versions of the its electronic health record across the board, said Toby Cosgrove, vice chairperson for the Commission on Care. The department has not been able to keep and add new capabilities to its current EHR system, he added.

Chief among the commission’s suggestions on VA IT was its recommendation that the department should find and buy a commercial EHR system.

Cosgrove called it one of the most important of the commission’s recommendations, and it’s one that VA could act on and implement with relative speed.

He said it was unclear whether VA had officially purchased a commercial, off-the-shelf solution for an electronic health record.

“Neither do we, we’re still trying to find that question out,” Miller said.

The chairman is retiring from Congress at the end of this year, but Miller assured the commission members that Congress would act on its report.

“This is not one that will sit on a shelf and gather dust,” Miller said. “Ignoring this opportunity would be a dereliction of our duty.”

The Senate Veterans Affairs Committee is scheduled to discuss the Commission’s report at a hearing next week. 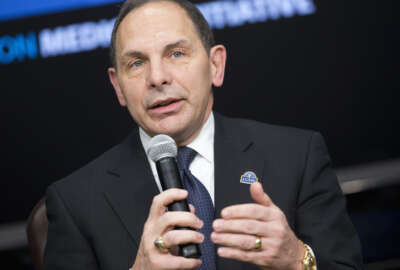 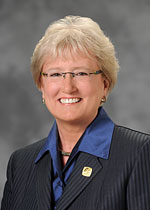 Nancy Schlichting: How the VA can improve health care delivery