Testifying before the House Armed Services Subcommittee on Readiness on Thursday, representatives from the Defense Department and military services said they are taking stock of the issues potentially affecting thousands of service members and figuring out the best ways to hold housing...

Testifying before the House Armed Services Subcommittee on Readiness on Thursday, representatives from the Defense Department and military services said they are taking stock of the issues potentially affecting thousands of service members and figuring out the best ways to hold housing management companies accountable.

But while DoD and the services have plans in motion, some of those actually affected by the housing issues are still dealing with problems.

Assistant Secretary of Defense Sustainment Robert McMahon said the Pentagon developed a series of corrective actions that “we are now putting in motion categorized in terms of near term, midterm and long term. Examples of these actions include implementing a resident bill of rights, determining the feasibility of developing a common tenant lease, clarifying processes for residents to raise health concerns and for health providers to report issues as appropriate and establishing resident customer care advocates.”

DoD introduced its tenant bill of rights to Congress last month. The document gives tenants the right to prompt repairs within 30 days and the right to have landlord-tenant disputes concerning repairs damages, claims and rental payments resolved by a neutral party.

The services said they will need congressional help with staffing in order to be more accountable to residents. John Henderson, Air Force assistant secretary for installations, environment and energy, said his service submitted a $31 million unfunded request to add 250 personnel to its housing management offices.

The Army already hired 119 additional staff for its housing authorities on installations and put money in its 2020 budget request to sustain those jobs.

All of the military services are surveying residents in privatized housing to increase communication between residents and leadership. The Navy announced Tuesday that its survey will wrap up at the end of April.

The Navy made personal contact with 44,000 sailors to hear their concerns and will finish reaching out to 55,000 Marines by April 15.

The services also conducted inspections of privatized housing units, but that doesn’t mean the issues are fixed.

The Air Force, for example, called for an immediate inspection of all privatized housing by March 1 after Congress held hearings on the housing issue.

Henderson told lawmakers more than 4,700 deficiencies were reported, but only 1,900 have been addressed to date. Henderson said it will take another 30 to 45 days to close out cases of unsafe conditions.

Families who paid out-of-pocket costs to rectify issues in their homes or to pay inspectors or medical bills still have no recourse for recouping any of that money.

“I’m unaware of any tools since we have made the commitment at this point that costs could be recovered,” McMahon said.

Holding the companies’ feet to the fire is still something DoD is sorting out. The department is currently looking at the incentive fee programs for management companies.

The companies are assessed quarterly on their performance.

“Incentives are the perfect opportunity and responsibility for the companies to be judged and rated,” Beehler said. “If the companies have not done well in those 90 days then they don’t get 100 percent incentive fees.”

Beelher said all too often garrison commanders “rubber stamped” incentive feels. The Army, for the time being, brought those decisions up to the headquarters level.

However, some lawmakers feel the whole contract structure with property managers needs to be restructured.

“These contracts are bad enough as they are because they are virtually guaranteed profit in return for which they are supposed to provide decent housing,” Sen. Elizabeth Warren (D-Mass.) said during a Senate Armed Services Committee hearing last month. “The one tool you’ve got is to say there’s got to be some performance evaluation here. To give away 95 percent of the performance-based money, and at same time, we are hearing from the people who live in this housing that it’s rat infested, that it’s dirty, that things leak, that’s just not right. You’re not using the tools Congress gave to you on behalf of our service members.” 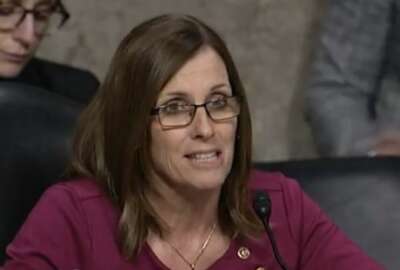