A new app straight from a soldier’s brain manages ranges
Welcome to the Dragon’s Lair — or, in other words, the Army’s XVIII Airborne Corps’ newest innovation challenge, which just crowned its first ever winner last week.

The Army was trying to breathe a little inventiveness into how to handles land use and ranges, so it invented the Dragon Innovation Challenge — think Shark Tank, but without Mark Cuban and with camouflage.

A new app straight from a soldier’s brain manages ranges

Welcome to the Dragon’s Lair — or, in other words, the Army’s XVIII Airborne Corps’ newest innovation challenge, which just crowned its first ever winner last week.

The Army was trying to breathe a little inventiveness into how to handles land use and ranges, so it invented the Dragon Innovation Challenge — think Shark Tank, but without Mark Cuban and with camouflage.

Maj. Evan Adams won the challenge for his application that brings together Army range management to make it run smoother.

“Ranges are managed by what we call the Range Facility Management Support System,” Adams told Federal News Network. “It’s like a centralized website that controls land and range utilization. My idea was to combine all the capabilities we have today, which are satellite imagery messaging on phones cameras we have — we have all these things in our pocket, but we don’t use them.”

Adams beat out five other contestants in front of a panel of six judges. In total, nearly 90 ideas were submitted.

“The purpose of the thing was to have the people who are actually doing things and see the solutions at their level bring their ideas to the three-star command and corps level,” said Master Sergeant Roy Smith, one of the panelists.

Adams said he worked for hours outside of his job to develop the app.

“I had some conversations with neighbors and friends and even coworkers,” he said. “Everybody has a piece of that idea. I can’t say I did all of this myself, that would be absolutely false.”

The corps’ Dragon Innovation Program follows in the footsteps of the Air Force’s Spark Tank and Squadron Innovation Program to bring new ideas into the Army. The program gets its name from the Airborne’s mascot, which is a dragon. It is open to the 93,000 soldiers and their families affiliated with the corps.

“People out there have ideas,” said Brig Gen. Robert Ritchie, assistant commanding general of the XVIII Airborne Corps, in a statement. “They see inefficiencies in their everyday lives and they develop solutions. Unfortunately, these ideas are captive to the Army system. Let’s unchain the animal spirits of ideas and let them roam in the wild!”

The premise of the program is to put out a new challenge every three months for soldiers and their families to try to solve, since they have the most hands on experience with the problem.

“It’s an awesome platform for anybody to put out an idea, whether it be something super high tech or just a simple policy change or just a nugget of information that we can use in the future,” Adams said. Soldiers have these great ideas and a lot of times they don’t have the platform to really communicate it.”

The Army will now work with Adams to further develop the app. Adams will also get a four-day weekend as part of his prize. — SM

The military is still dealing with a pilot shortage and last time the Air Force checked they were down about 2,100 people in the cockpit.

Even though the Air Force thinks it may finally be getting a handle on the problem, it will still take years to rectify.

The Center for Strategic and International Studies released a series of recommendations last week that it thinks the Air Force should follow in order to improve pilot retention.

“I think getting people started out, increasing their agency at the beginning of their careers, helping them get on the path that they want to be on and increasing their satisfaction will gain more years of service,” said Tobias Switzer, author of the report.

Switzer first recommends empowering squadron leaders in the aviation bonus (AvB) process. Right now, some pilots are getting more than $100,000 to extend their service commitments. But it’s the broad and faceless Air Force that is making that offer.

“Squadron commanders should be at the center of retention efforts,” Switzer wrote. “The existing system, in which the Air Force makes its AvB offer via an impersonal email from a far-away program office, does not convey respect. If the message came from a trusted leader, knowledgeable about a pilot’s aspirations and skills, it would. Squadron commanders are also best positioned to change the Air Force’s culture surrounding pilot retention through public recognition of those who commit to extended service.”

Switzer thinks it will take more than just a personal touch though. He also thinks the bonus offers need to come to pilots earlier.

This suggestion would need some help from Congress, since current law restricts military services from offering contract bonuses until the pilot is one year from completing their initial commitment.

“The most advantageous time to offer an AvB retention contract would be when a pilot attains an advanced qualification, such as an instructor pilot,” Switzer wrote. “Depending on the aircraft and mission, most pilots will be able to accomplish this qualification within five to six years, marking them as safe and effective. An instructor pilot can affect broader aviation operations by teaching junior pilots and commanding multi-ship missions. Achieving these career milestones demonstrates continued and future value to the Air Force.”

The final recommendation offers a new marketplace for pilots that doesn’t marry them to one aircraft right away.

Currently, new pilots pick their aircraft and assignment locations through a preference list. The top students get the highest preference.

“At this early phase of a pilot’s career, it does not matter to the Air Force which aircraft pilots fly, or where,” Switzer wrote. “So long as the new pilot is qualified for the duty and there are sufficient junior pilots at each unit, the Air Force’s requirements are satisfied. During pilot training, the Air Force has the most flexibility to accommodate the wants of its young, undifferentiated pilots.”

Switzer offers creating an exchange where pilots can trade future service for the aircraft or location they want.

“Using a combination of merit and a pilot’s willingness to contract for additional years of service in the allocation of aircraft and basing assignments would improve long-term retention and future force stability,” Switzer wrote. “Facilitating higher agency to pilots willing to serve longer commitments increases their satisfaction.” — SM 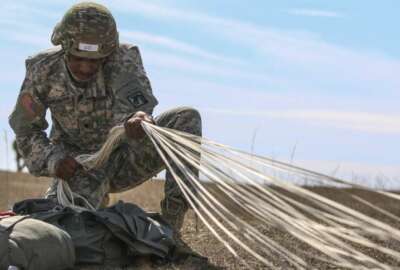 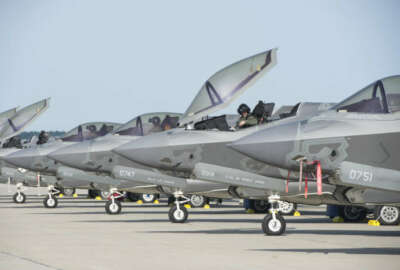