Over the past several years, Congress and DoD have instituted numerous reforms meant to make the acquisition process work faster, from new other transaction authorities and a “middle tier” of acquisition, to a rewrite of DoD’s acquisition instructions and a new software acquisition pathway.

But even if all of those changes to the mechanics of DoD procurement are moving the department in the right direction, it can only go so far if the system it...

Over the past several years, Congress and DoD have instituted numerous reforms meant to make the acquisition process work faster, from new other transaction authorities and a “middle tier” of acquisition, to a rewrite of DoD’s acquisition instructions and a new software acquisition pathway.

But even if all of those changes to the mechanics of DoD procurement are moving the department in the right direction, it can only go so far if the system it uses to plan and budget for what it buys is stuck in the 1960s. And there’s now a fairly broad consensus that that’s the case.

The culprit, according to numerous DoD officials and Defense policy experts, is the Planning, Programming, Budgeting and Execution System (PPBE). As part of the 2022 Defense authorization bill, Congress created a special commission to examine the PPBE process and come up with reform recommendations; its work is just getting underway.

Separately, another panel of experts — organized by the American Society of Military Comptrollers and largely composed of former DoD leaders — will also be contributing to the PPBE conversation over the next year. Several of the task force members who spoke with Federal News Network for an edition of On DoD said both the PPBE process and the Congressional appropriations process are long overdue for a major overhaul.

“I would say it is the single biggest issue that requires reform with the threat from China that we face, which is about economics and information,” said Cameron Holt, a retired major general who served until this past summer as the Air Force’s deputy assistant secretary for contracting. “We are not matching the sophistication of the threat in the way that we resource national security. The result is that they are much faster than we are in the acquisition process. And the purchasing power parity is really upside down in their favor. What we have now is a situation where a program executive officer cannot legally optimize the spend within their portfolio. Oftentimes, if an emerging technology comes along in the execution year, no one in the Department of Defense can actually say yes to it.”

Holt argued the rigid and intricate PPBE system, initially established by former Defense Secretary Robert McNamara in 1961 to bring a “systems” approach to Pentagon management, ironically now has the effect of making the Pentagon’s funding allocation process even more centrally-planned than China’s.

Part of the reason is that PPBE process, by design, is highly organized and sequential. It generally requires that military officials plan their procurements with a fair amount of detail two-to-three years before they actually make a procurement. Once funding is approved by Congress — almost always late — DoD budget and acquisition officials are left scrambling in the year of execution to spend the money they’ve been allocated within rigidly-defined budget lines that may or may not still be relevant to that year’s problems.

“I had a boss one time who said the processes and systems we have [in PPBE] are such that it takes exceptional people to do average work,” said George Kovatch, another task force member who served as deputy DoD comptroller from 2019 to 2021. “And I think that that really rings true, because everybody in the department, at [the Office of Management and Budget] and in Congress is committed to the defense of the country and doing the right thing, but we have created this process that makes it very, very hard to succeed. We need to change some of the metrics so that the goal is not to spend as much money as possible by the end of the year, but actually to make sure that you are focused on accomplishing a mission.”

Michael Conlin, the chairman of the task force who previously served as DoD’s first-ever chief data officer, said the PPBE process’s timelines are especially problematic when it comes to any sort of technological investment.

“Let’s use a specific example: the F-35. It’s a beautiful piece of hardware. But it’s also a beautiful piece of software, with 25 million lines of code just to fly the plane. That’s not targeting, that’s not weapons, it’s just flying the plane. In a modern world, I can push new code into production in an hour or less. But when I need to get approval to develop that code two years in advance, I now cannot change the performance parameters of the most exquisite jet fighter on the planet in less than two and a half or three years,” Conlin said. “It’s the same thing in many parts of the world of data. With machine learning and AI, we see a rapid pace of change. But the half-life of the leading edge AI algorithms today is around six months, meaning that in 12 months, if you’re not using the next algorithm, you’re behind your competitors on the performance curve, which is not where we want DoD weapons platforms to be.”

The problem isn’t solely about DoD’s internal PPBE processes though, which, at least in theory, the department could change at any time.

After so many decades of experience with PPBE, the Congressional appropriations process has come to mirror DoD’s budget development process in many ways, and funds are appropriated for extremely specific line items, for each phase of a program, with relatively little wiggle room to move money around in the year of execution.

“The real fundamental tension here is one of control,” said Rich Brady, a retired Marine colonel who’s now the CEO of the American Society of Military Comptrollers. “How does Congress maintain their control of appropriations and government spending, while also giving the Department of Defense the flexibility they need to execute the funds? And on the department side, how does the Department of Defense provide transparency to Congress to show they’re executing with the intent of the Congress while also allowing for some sense of congressional oversight? Resolving this tension between the legislative branch and the department is going to be key to any reform.”

And while it’s technically true that DoD could reform the PPBE process on its own, as a practical matter, doing so will be extremely difficult, Holt said.

“There’s an enormous amount of inertia that’s created when you’ve been using the same calendar-driven process since 1961. And because that process involves so much energy and so much manpower — from the lowest base all the way up through the Pentagon — you’re literally working on three budgets at a time, all year long,” he said. “So it becomes a tyranny of the urgent: You’re in a calendar based system where if you decided to pause for a second and decide, ‘Hey, let’s not do it this way this year,’ you’re already behind the power curve. The process demands that everybody line up behind certain dates, and that inertia prevents folks from doing anything different, because there’s no time to do anything different or even propose that it be done differently.”

“It can sometimes seem hopeless, but in this fight with China, our system of capitalism and the profit motivation is so much better and could be so much faster than they could ever keep up with. I am convinced of that, even though we are so far behind right now,” he said. “The question is, can we get out of our own way? And as we go forward into this season, there seems to be a lot of coalescing around [PPBE] as the problem. I would just hope that as we look at this, we really do consider this in a wartime kind of mentality, and not just in a process reform mentality. Because we need to make deeper reforms than anyone would be comfortable with.”

Pentagon’s ponderous budget process is next target for Congressional reform 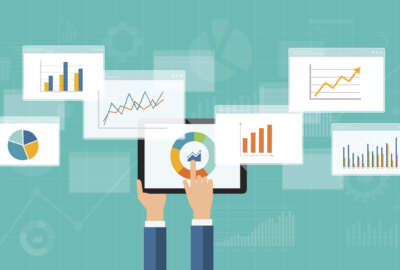 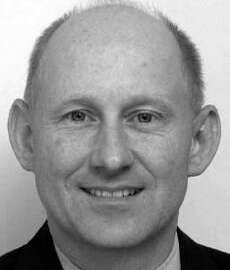