For retirees, about one in every five makes a change to their plan on any given year, said David Snell, federal benefits director...

For retirees, about one in every five makes a change to their plan on any given year, said David Snell, federal benefits director for the National Active and Retired Federal Employees Association.

“For a lot of people it’s just inertia,” he said. “They don’t want to have to put the work in to find another plan. They’ll eat whatever the premium’s increases are. They feel comfortable with the plan they have.”

OPM’s introduction of self-plus-one last year pushed more people to examine their plans and make changes. But many more — about 20-30 percent of enrollees — can and should change their health plan on any given year.

Here are five reasons why you may want to consider a change.

1. Check with your doctor

Take Open Season to ask your primary physician if he or she plans to stay within the network for the next year.

If not, you may have to find a new one at a moment’s notice.

FEHB participants will pay an average of 6.2 percent more toward their premiums in 2017, so you’ll want to make sure you’ll receive the health benefits you’re paying for without the inconvenience of switching doctors or going without one.

Catastrophic coverage is designed to protect participants from enduring  financial hardships if they get sick or have a major accident or life event.

3. Don’t let the name scare you

GEHA, Compass Rose, SAMBA, APWU: the names and acronyms may sound unfamiliar from Blue Cross/Blue Shield Standard, easily the most popular plan for many federal employees and retirees.

But there are alternatives, many of which offer options for specific groups of federal employees that the rest of the workforce can pay a small fee to join.

“There are plans out there that provide just as good coverage at a less [expensive] premium,” Snell said.

Snell said FEHB participants should think about their priorities — prescription drug or skilled nursing coverage for example — and look for other plans that may provide better benefits.

“Pick two or three benefits that are the most important to you,” he said. “Take a look at the various plans that you’re eligible to enroll in and see what … the coverage is, what the cost would be out of pocket after the coverage.

4. Think ahead about retirement

Federal employees and their dependents can continue their FEHB coverage into retirement, but there are a few rules to keep in mind.

To carry over coverage into retirement, FEHB participants must be enrolled in a plan for at least five consecutive years before retiring.

But there is a caveat for feds who leave government, return and then retire, Snell said.

“For those folks if they were covered continuously in prior employment, left the government, came back and immediately re-enrolled and enrolled until they retire, even if it’s less than five years, they would still be able to continue their health benefits coverage into retirement,” he said.

Snell also advises that federal retirees or soon-to-be-retirees consider looking for a cheaper plan, since many of them will soon be eligible to use Medicare Part B as their primary source of health insurance.

Many FEHB participants have complained that premiums under the self-plus-one option, which covers a current federal employee or retiree and one other person, haven’t been as cheap as OPM originally advertised.

Though the difference between a family plan and self-plus-one might not seem like much, every dollar counts, Snell said.

Those extra savings, though small, could make a difference in years where the cost-of-living adjustment is also modest.

“They won’t even notice the COLA addition, because it’s going to be so small,” Snell said. “Even if the difference between the self-plus-one in the family is only $5 or $10, that’s still $5 or $10 more in your pocket that you could use for something better.”

OPM enrolled about 540,000 people into self-plus-one last year but estimates at least 1 million more people could join the program, John O’Brien, the agency’s director of healthcare and insurance, said in September when the 2017 premium rates were announced.

“We tend to skew older, and some of our people between retirement from federal service and for eligibility for Medicare, those are expensive folks,” O’Brien said. “And the family size in general wasn’t that huge. It wasn’t like the average family size was six, and then we added the Self Plus One option. The family size was actually slightly over three. So the Self Plus One reflects the cost of that population, and it’s just dramatically lower than the cost of Family.” 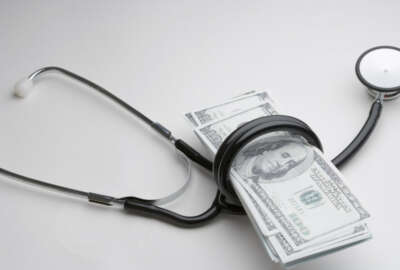 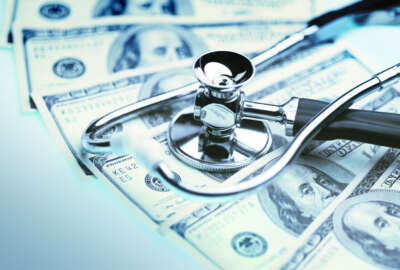