Federal News Radio obtained an email from FAS Commissioner Tom Sharpe confirming the change and the fact that Kevin Youel Page, FAS’s deputy commissioner, will be taking over on an interim basis.

This is Youel Page’s second stint running IAE. He was acting assistant commissioner in August 2013 until November 2014 when he became FAS’s second in charge.

Sources say Ferraro told staff that his management style was not a “good fit” for the IAE role.

GSA opened up the job in February 2015 as part of its build up to meet the goals of category management.

The assistant commissioner oversees and manages the IAE portfolio, which includes development and implementation of governmentwide shared services, including the System for Award Management (SAM), for acquisition and assistance management functions for the Chief Acquisition Officers (CAOs) Council.

GSA’s job announcement, which opened June 21, says the executive will be responsible for the continual development, implementation, management and improvement of all shared data, services and systems supporting acquisition functions governmentwide.

IAE, which was one of the original e-government initiatives under the Bush administration, finally seems to have righted its ship after struggling for years.

GSA awarded Booz Allen Hamilton a $64.5 million contract in 2014 to develop a cloud service broker model using open source and cloud technologies to modernize the 10 databases that make up IAE.

The constant churn of executives is not a good sign, but at least Youel Page knows what he’s getting into.

Along with Ferraro moving on, Sharpe said Dena McLaughlin will start as the new regional commissioner for the Mid-Atlantic Region (Region 3) as of July 24.

“Dena is returning to FAS from the Department of Labor, where she has served as the Regional Administrator in Philadelphia for the past year,” Sharpe said. “Many of you already know Dena from her many years at FAS in Region 3. Dena has held numerous leadership positions with FAS, including director of communications and customer engagement for ITS.”

McLaughlin replaces Joe Hvorecky, who had been serving as acting regional commissioner for Region 3.

Bowden moves up the ladder after spending time recently as the director of enterprise network management within IRM.

Bowden replaces Bill Lay, who officially is retiring in July, but left the department at the end of May.

State is expected to name a new CIO in the coming weeks as well as Steve Taylor, the current CIO, is transferring to a new position in the Foreign Service.

And over at the IRS, Gina Garza is the IRS’s new acting chief technology officer and chief information officer after Terry Milholland ran out of time under special pay authority.

“Terry led our IT team through a critical period that’s fundamentally changed our tax system and helped the nation’s taxpayers,” Koskinen wrote in the email obtained by Federal News Radio. “Terry’s story is remarkable. He came to the IRS in 2008 after a distinguished career in the private sector. In eight years here, Terry assembled a strong IT team and has been responsible for delivery of many groundbreaking initiatives. He led several critical IT projects to upgrade our operating systems, dramatically improve taxpayer services and lay the groundwork for future technology enhancements. These include the migration to Windows 7, Web applications such as IRS2Go and the IT infrastructure needed to implement legislative mandates including the Affordable Care Act and the Foreign Account Tax Compliance Act.”

The IRS hired Milholland under its Streamlined Critical Pay Authority, which Congress granted it in the IRS Restructuring and Reform Act of 1998. The provision authorized the IRS to hire up to 40 individuals (at any one time) into positions it deemed to require extremely high-level expertise in an administrative, technical, or professional field that is critical to the IRS’s success.

The Treasury Inspector General for Tax Administration found in a 2014 report that the IRS used its streamlined critical pay authority to fill 168 critical pay positions between 1998 and 2013, when the program expired, with more than half in IT positions. TIGTA says approximately 39 (38 percent) of the critical pay appointees were retained and held different appointments after their initial appointment or assigned project ended.

In May, Milholland testified before the House Oversight and Government Reform Committee asking for Congress to renew the critical pay authority.

“The loss of streamlined critical pay authority has created major challenges to our ability to retain employees with the necessary high-caliber expertise in IT and other specialized areas. In fact, out of the many expert leaders and IT executives hired under streamlined critical pay authority, there are only nine IT experts remaining at the IRS, and we anticipate there will be no staff left under this authority by this time next year. The President’s FY 2017 Budget proposes reinstating this authority, and I urge the Congress to approve this proposal.”

Koskinen also called on Congress to renew this authority in his email to staff.

“The more recent four-year terms under Streamlined Critical Pay have started expiring, meaning we’ve lost talented people in critical areas such as cybersecurity and other parts of IT,” Koskinen wrote. “Now, unfortunately, this means Terry will be leaving the IRS, even though he would have liked to have stayed longer. We remain hopeful that Congress will see the value of this program for taxpayers and the IRS and eventually renew this hiring authority, which would allow us to bring in more talented people like Terry.” 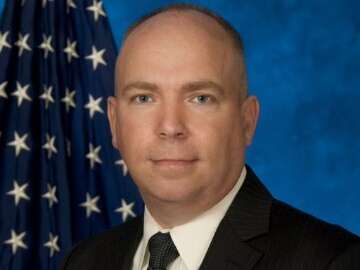