Office of Personnel Management Acting Director Beth Cobert cleared the first hurdle Wednesday in her nomination to be the agency’s permanent director.

The Senate Homeland Security and Governmental Affairs Committee voted 15-0 to move the nomination forward, which the full Senate will now consider.

Office of Personnel Management Acting Director Beth Cobert cleared the first hurdle Wednesday in her nomination to be the agency’s permanent director.

The Senate Homeland Security and Governmental Affairs Committee voted 15-0 to move the nomination forward, which the full Senate will now consider.

“Both Congressman Chaffetz’s [and] Senator Vitter’s request for this information, I believe is a legitimate oversight need, and Ms. Cobert is going to have to cooperate with that if this nomination is going to move forward,” Johnson said during the committee’s Feb. 10 business meeting. “I hope she does. Because of that commitment, I’m willing to move this nomination forward in this committee.”

Cobert agreed to work with the Senate and other congressional committees “to accommodate their oversight needs,” Johnson said in reading her response to the committee’s questions for the record.

And Sen. David Vitter (R-La.) threatened to stall Cobert’s nomination over a special exemption given to members of Congress and their staff in an OPM rule amending the Affordable Care Act. He said he hasn’t received the documents he asked for more than two years ago.

Though Vitter is not a member of the Senate committee, his questions were included on the record for Cobert’s nomination hearing.

A Vitter spokesman said his office has not gotten a response from OPM or Cobert, other than her answers to Vitter’s questions for the record.

Vitter is questioning a final rule OPM issued in October 2013, well before Cobert assumed her role as the agency’s acting director last July.

The rule amends a section of the Affordable Care Act and lets members of Congress and their staff buy health insurance on the Small Business Health Options Plan (SHOP) exchange.

According to Vitter, OPM used the claim that the House of Representatives and Senate employed 45 people, meaning both could qualify for small business coverage under the ACA.

Vitter said Congress is simultaneously claiming itself as a small business to the D.C. Health Link — and a large employer to the IRS.

Congressional employees are now beginning to receive their 1095-C forms  for this tax filing season. The form verifies for the IRS that an employer is offering insurance to their employees.

The spokesman said those 1095 forms contain this phrase: “You are receiving this Form 1095-C because your employer is an Applicable Large Employer, subject to the employer shared responsibility provision in the Affordable Care Act.”

Vitter’s office is asking that the IRS clarify Congress’ status as either a small or large employer in a letter to Commissioner John Koskinen.

Though members encouraged her to be more communicative with Congress, the committee had mostly praise for Cobert.

The committee also passed the Duplication Elimination Act, which defines a process for the President and agencies to better address annual recommendations from the Government Accountability Office.

“Hopefully, every time this report is issued … we actually take up these recommendations and either adopt them or not adopt them or improve them,” said Sen. Kelly Ayotte (R-N.H.), one of the bill’s sponsors.

A slew of other bills also cleared the committee:

Perhaps most notably, the Administrative Leave Act would create new categories of administrative leave for employees accused of misconduct or poor performance.

The Homeland Security Insider Threat and Mitigation Act, which first originated in the House, would require DHS to develop a strategy for an insider threat program. 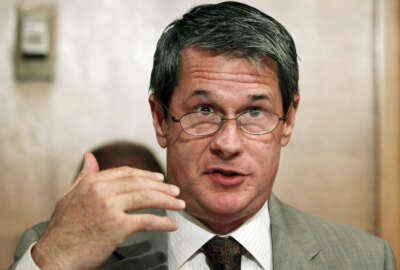 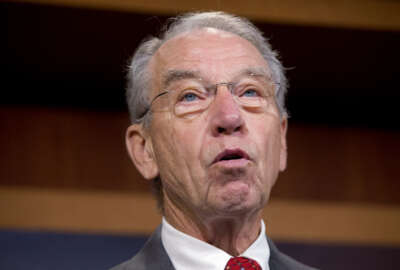