Now, HUD is following in USDA’s footsteps to further its modernization efforts by taking advantage of the Centers of...

Now, HUD is following in USDA’s footsteps to further its modernization efforts by taking advantage of the Centers of Excellence initiative.

“We had a new CFO come in earlier this year and part of the idea is to start looking at how we can improve our financial profile. Part of the financial profiles actually involves the systems included in the overall process,” Chow said on Ask the CIO. “For the TMF, we currently leverage five mainframe capabilities. It has been obsolete and taken quite a bit of money to maintain the environment because of the outdated technology. The cost for maintaining the legacy application is quite high.”

Through the TMF, the board gave HUD a $20 million loan, $5 million of which went to HUD in September.

“It will really help us to jumpstart to get the mainframe technology replatformed,” Chow said. “At the same time, we are leveraging cloud capabilities to make sure we are able to transform critical business applications into the cloud environment. We are looking at completing this within 24 months, but starting in 2021 we will start realizing cost savings for anywhere from $6 million to $8 million a year.”

Chow said now that HUD received the first installment of the loan, it continues to identify the right vendor through the acquisition and planning processes and to help move the project along.

HUD says on the TMF website that the new “platform will be a Java cloud-based application suite that costs less to maintain and enables functional and technical enhancements to be completed more rapidly, at lower cost. The systems on the current on-premises physical hardware environment support 30,000 users for more than 100 HUD grant, subsidy, and loan programs that disburse $27 billion per year.”

USDA received a $10 million loan to continue its efforts to upgrade and modernize its Farmers.gov platform. The agency received its first increment of $4 million last month as well.

“Through this project, USDA will have the opportunity to update and modernize the conservation financial assistance and payment operations across the Farm Service Agency (FSA) and the Natural Resources Conservation Service (NRCS). This is an opportunity to update legacy systems and re-engineer processes and systems to reduce improper payments, address and resolve repeated financial audit findings, and properly connect these agency systems to the USDA common financial system,” USDA wrote on the TMF website. “Without this funding, USDA would need to delay integrating this part of the process into the consolidated Farmers.gov Citizen Experience Portal in a later year when funds became available. However, with support from the TMF the project can be conducted at the same time as other enhancements to the portal, faster. By the end of this project USDA will have completed a business process reengineering effort and four quarterly development sprints in under two years.”

Gary Washington, the CIO at the Agriculture Department, said the TMF and CoE efforts are giving the agency a rare opportunity to make more progress than ever with IT modernization.

But with the TMF funding and the help from the General Services Administration under the CoEs, Washington worries if there is enough bandwidth to get everything done.

“We, right now, have identified systems and applications we are going to move and we partnered with our business folks on that. But above and beyond that, we have to be in lock step for any larger migrations. There is a capacity part of this too,” Washington said. “I don’t see cloud being a problem. I’m excited about it. We have a plan moving forward and have identified systems that are moving, but we’ve been successful and now we have an agency that wants to move a lot more to the cloud as well. We will have to figure out how to accommodate that.”

Washington said about 40 percent of all USDA systems are cloud ready, while the other 60 percent either need to be prepared to move or need to be consolidated with existing applications.

One way USDA will address the desire to move to the cloud is by improving the process by which services receive an authority to operate.

Washington said his cybersecurity team worked with GSA to perform a business process improvement effort on the ATO process and reduced the time to get approval for a cloud application.

“They have introduced some alternative approaches to how you secure things in the cloud,” he said.

GSA was one of a handful of agencies to have focused on reducing the time to obtain an ATO. Over the summer, GSA’s 18F organization developed a process to reduce the time to 30 days from 6-to-18 months on average.

“This is modernization on a massive scale. It’s challenging. It’s hard, but it’s fun,” Washington said. “We, as a government, will benefit from this.” 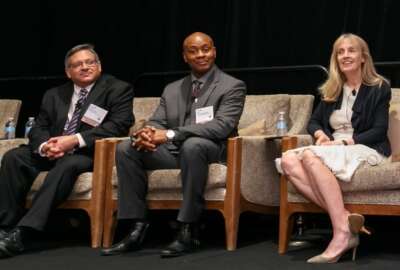 Through CoEs, USDA starts proving what’s possible with IT modernization 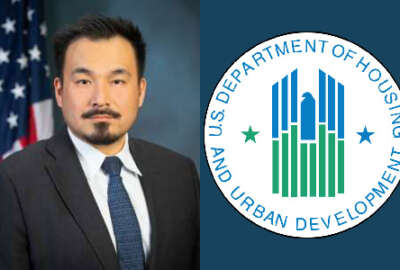 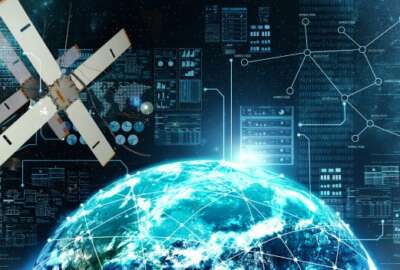