Tom Temin: So can they? I mean, these are some big numbers. But is the feeling that well, since everybody’s throwing everything they ever wanted at both defense and civilian side? It’ll be no problem.

Jack Fitzpatrick: Yeah, there is a sense that we could be talking about pretty big numbers in Congress, potentially, with bipartisan support, probably not the entire wish list that the Biden administration proposed in its budget request. You know, these budget requests go to Capitol Hill, and more or less get tossed in the trash, and then Congress really negotiates them. But the Republicans I’ve talked to about the numbers they want to see for government funding, talking to Richard Shelby (R-Ala.), who’s the top Republican on Senate Appropriations, someone like Lindsey Graham (R-S.C.), who’s very involved in State Department funding, and really a defense hawk, they’ve argued, you look at the rate of inflation that would affect the cost of goods and what they’d need to pay to military members and the Ukraine situation, they want a very significant defense funding increase. Talking to Ken Calvert (R-Calif.) in the House, who is the top Republican on House Appropriations for defense, he said they want a 5% or so increase for defense funding beyond the rate of inflation. Now, the expectation for inflation in 2022 is about 6%. So that would be an 11% increase.

So these are early conversations, but we’re hearing Republicans push for very significant military funding increase. And really, historically, last decade or so there’s been a, you know, less parity between defense and non defense and a lot of agreements to just increase both. So we seem to be headed toward that kind of track.

Tom Temin: Because in subsequent weeks, the Putin administration has, again, rattled the nuclear saber. And that’s got to have even some Democrats saying, well, maybe we should boost defense a little bit here.

Jack Fitzpatrick: Yes, you know, they had this fight on the fiscal 2022 bills. When a number of Democrats more on the progressive side, were saying, let’s freeze defense spending, some were saying let’s have a significant cut. Barbara Lee of California was sort of put in charge of those negotiations for progressives and was calling for a 10% cut to defense funding. They were going to lose that argument anyway, because of the makeup of Congress, Democrats barely have the majority in either chamber. And also there are a lot of Democrats who are a bit more hawkish than those progressives. But the Russian invasion of Ukraine really put them in a difficult spot and and made it much more difficult for anybody to argue for even smaller increases. So Republicans were pretty happy with what they got in the last omnibus that happened in March. And that seems to be carrying over to the negotiations for next year.

Tom Temin: And on the civilian side, how do they justify, say, 27% increase for Health and Human Services?

Jack Fitzpatrick: Well, yeah, they are sort of pitching Congress on their wish list, you keep in mind, these presidential budget proposals typically are not realistic. So when you look at these comparisons, they compare to the 2021 levels, because the omnibus for 2022 had just come out. But when you see a 31% increase over two years for the Department of Commerce, 27% increase in funding for HHS, to Housing and Urban Development and Department of the Interior, both the 20% or more, same for Education. And one, they never get everything they want. But remember that especially since sort of the early Obama era, parity is the key word in congressional negotiations, where they aim for similar increases for defense and non-defense. And if you have Republicans pushing for a very significant defense funding increase, Democrats are going to demand similar numbers for non-defense. So they’re in a politically realistic way, you know, we could be talking about significant increases on both sides of the ledger, just because that’s how it has worked for a number of years now.

Tom Temin: Right, the whole thing becomes one giant earmark. We’re speaking with Jack Fitzpatrick, Congress reporter for Bloomberg Government. So then what are the prospects for wrapping anything up by Oct. 1?

Jack Fitzpatrick: They are pushing on this, you know, they’re off to a very late start. They didn’t finish work on fiscal 2022 until the middle of March almost halfway through the year, but they’re having negotiations now on, all right what should the defense and non-defense numbers be? The top four appropriators, they call them the Four Corners the top House and Senate Republicans and Democrats of the appropriations committees have met and said they had a very positive meeting and Sen. Leahy (D-Vt.), the Senate appropriations chairman said in the next couple of weeks, he hopes they can come up with a bipartisan, bicameral agreement on the basic numbers. It would take a while then to actually draft these bills, get them across the floor, it would be very difficult for them to do this by Sept. 30. But at least the goal, according to Sen. Leahy is maybe get this done by the lame duck in December, so that the next Congress that comes in has a clean slate and doesn’t need to sort of do clean up duty for their failures if they are running late, ultimately.

Tom Temin: And meanwhile, the supplemental requests for Ukraine have gone from hundreds of millions to a billion and now to 33 billion. And that’s gonna take cycles from Congress while they deal with that, also.

Jack Fitzpatrick: Yeah, the latest batch requested by the president is for 33 billion, most of that for military and security needs. That’s about 20 billion military and security. And then the rest is a little more economic and humanitarian focused. A lot of support for that, at least initially on both sides. The senators I’ve mentioned, Sen. Shelby, Sen. Graham is very vocal on these things. Sen. Jim Inhofe (R-Okla.), who’s a top Republican on Armed Services has said positive things about it, they’ll review the details, there may be fights to come. I think the biggest challenge for that, though, is Democrats have talked about combining those Ukraine funds with the COVID funds that the Biden administration has sought. They requested 22.5 billion, there were some negotiations, they whittled it down to 10 billion. Really what held that up was the Title 42 immigration decision, Biden’s decision to end that policy that allows them to more quickly expel people from the border, got a lot of pushback from Republicans and some Democrats who said if you’re going to request COVID funds, we need to have a conversation about this COVID-related immigration policy. If they meld all of these issues together and combine the COVID and Ukraine funds into one package, that could get weighed down by that immigration debate. But on its own, the Ukraine request has gotten a lot of support in its initial stages.

Tom Temin: And by the way, does anyone know where the munitions and armaments for Ukraine come from? Do they come out of U.S. inventory? Or do the contractors get to build new stuff?

Jack Fitzpatrick: You know, they it goes through somewhat of a complicated process, because some of this is appropriations itself that’s being requested, and then some is drawdown authority that the president would have some flexibility on. So I think especially looking at this $33 billion bill, I wish I could give you more of a specific answer. But there’s some flexibility given to the President and exactly how he chooses to go about it. It may be, I’m not sure this spurs a longer production in the short term because they do try to move very quickly to get these to Ukraine in the very near future.

Tom Temin: Jack Fitzpatrick is Congress reporter for Bloomberg Government. As always, thanks so much for joining me. 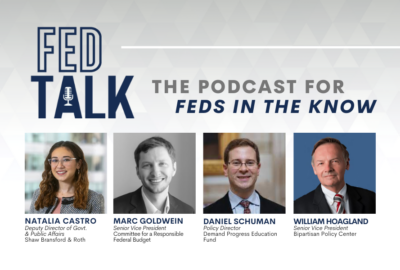 Breaking Down the Biden Budget 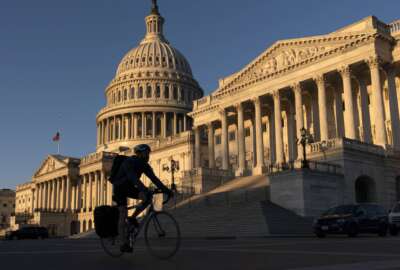