In some cases, it provides enough money to prevent...

In some cases, it provides enough money to prevent the existing, multibillion dollar backlog in deferred maintenance projects from getting any worse. In others, it will only slow the rate at which the backlog is growing.

Among the Army, Navy, Marine Corps and Air Force, the package provided $9.9 billion in facilities sustainment, restoration and modernization (FSRM) funding for 2018 — 58 percent more than the services received in 2017, and modestly higher than the amounts they requested for 2018.

Service-by-service, the amounts of the increases varied widely, but the biggest bump, by far, went to the Air Force, whose facility officials have previously described an FSRM funding approach that largely required it to “wait for things to break” instead of performing preventative maintenance. Its 2018 appropriation more than doubled over the year before, climbing from just under $1.7 billion to $3.4 billion.

The second-largest increase went to the Army, whose $3.5 billion funding line for FSRM represented a 56 percent boost over 2017. The Navy and Marine Corps each received smaller increases: 26 percent and 29 percent (with final budgets of $2.1 billion and $825 million, respectively).

In each case, the amounts Congress appropriated were not only higher than in 2017, but modestly more than the services had asked for in 2018. And each service except the Air Force proposed still-larger numbers in their 2019 budgets.

But even those amounts are far from sufficient to undo several consecutive years of underfunding the Defense Department has decided to accept for its facilities, which have a total plant replacement value of more than $1 trillion.

It has done so intentionally and openly, arguing that overall caps on Defense funding required it to make difficult tradeoffs in its operation and maintenance budgets, and that facilities represented the area in which it could “accept risk” with the least amount of short-term damage to military readiness. The persistent underfunding, however, is a significant contributor to the fact that between one-fifth and one-quarter of the military’s facilities are now rated as in “poor” or “failing” condition.

In their 2019 budgets, the services said the FSRM funding they were proposing would still only pay for 80 percent of what the Defense Department’s facility sustainment model calculates they should be spending in order to keep their facilities in good repair. While that’s an increase from the mid-70s range at which the services had been funding FSRM over the last several years, it’s far short of the 90 percent goal officials set when they established the model.

Buried within the services’ 2019 budget documents are acknowledgements that the spending levels they’re proposing are still not enough to make any meaningful headway against the military’s growing backlog of needed building repairs.

The Air Force was the one service that requested an FSRM budget ($2.9 billion) that was lower than its 2018 proposal, although it is still $1.2 billion higher than what it received last year.

The Navy, on the other hand, said its $2 billion facilities maintenance budget would represent a 6 percent increase over what it requested in 2018. The amount would be enough to gradually chip away at its backlog, partly because some of the funds ($120 million) would be used to entirely demolish buildings that are no longer worth saving.

But even assuming Congress funds the Navy’s request at the level its officials want, it would take another 48 years of sustained funding at the same level before the backlog is entirely eliminated.

“The Navy continues to take risk in infrastructure funding but mitigates this risk by focusing investments on capabilities directly supporting critical warfighting readiness and capabilities,” officials wrote. “The Navy’s facilities maintenance backlog is $14.3 billion, and will be reduced by $300 million per year based on similar future investment levels.”

Notably absent from DoD’s 2019 budget proposal was a request for another round of base realignments and closures (BRAC), a feature that had accompanied each of the department’s budgets since 2012. Defense experts widely agree that a BRAC round — which would eliminate at least some of DoD’s excess real estate inventory — would relieve pressure on not just its FSRM accounts, but the Defense budget as a whole.

Congress has steadfastly blocked the idea, despite Pentagon studies that show the military services have 19 percent more base infrastructure than they need, even assuming they’re funded at levels that allow the military to grow its force structure to the proportions that Defense Secretary James Mattis believes are necessary. The department had previously projected the savings from a BRAC round at $2 billion per year.

However, the 2018 omnibus bill did offer a small glimmer of hope that lawmakers will allow the department to dispose of at least some of its excess inventory.

One provision orders Ellen Lord, the undersecretary of Defense for acquisition and sustainment, to work with the secretaries of the military departments to come up with a plan for selling some of its real estate by September.

But the report includes severe restrictions: DoD is only allowed to recommend the divestiture of property that’s already completely unoccupied and unused, and only if that’s been the case for five years in a row. 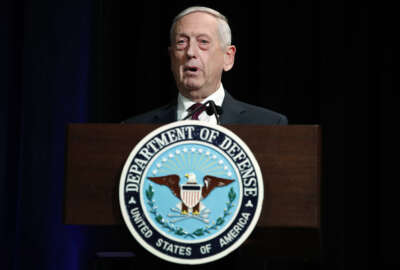