In the newly-passed 2016 budget, Congress gave the Air Force every dollar it requested for facility upkeep. But that’s still 20 percent less than what’s actually needed to keep its infrastructure in a state of good repair, according to the Defense Department’s own assessments.

The Air Force is taking a “patch and mend” approach to the facilities it owns around the world while continuing to defer the repair and replacement of outdated facilities — a strategy that officials said could...

In the newly-passed 2016 budget, Congress gave the Air Force every dollar it requested for facility upkeep. But that’s still 20 percent less than what’s actually needed to keep its infrastructure in a state of good repair, according to the Defense Department’s own assessments.

The Air Force is taking a “patch and mend” approach to the facilities it owns around the world while continuing to defer the repair and replacement of outdated facilities — a strategy that officials said could not continue for more than another few years.

In a Wednesday congressional hearing, Air Force leaders offered several recent examples of maintenance emergencies that have cropped up over the last several years either because of deferred repairs  or because the buildings are simply old — older than the Air Force itself, in many cases.

There was the floor collapse at Malmstrom Air Force Base, Montana, that forced a six-month training stoppage for nuclear maintenance technicians while critical repairs were made. At Eglin Air Force Base in Florida, a huge hangar’s fire suppression system went off because of the building’s outdated and inadequate heating system, burying its interior under 17 feet of foam, damaging five aircraft and rendering the building unusable for three months. At Tinker Air Force Base, Oklahoma, an ancient electrical substation blew up with such ferocity that it was visible from Earth’s orbit, cutting off power to several maintenance depot buildings and racking up $7 million in repair bills and lost productivity.

“We brought in expert electric generation contractors to tell us what it would cost to repair, but the components were were so old that the contractor didn’t even recognize them,” said Brig. Gen. Christopher Azzano, the commander of the 96th test wing within the Air Force Materiel Command.

As with the other military services, the Air Force said the 2016 budget Congress passed last month will be enough to “arrest” any further deterioration in military facilities, but does very little to help it dig out of a backlog of deferred maintenance items that now stands at $22.6 billion in outstanding work orders.

For now, officials said they’re doing as much preventative maintenance as they can, but are mostly “waiting for things to break” and responding to emergencies.

Azzano, who is also the commander of Eglin Air Force Base, said he’s worried that in the near future the Air Force won’t have the necessary resources even to keep up with emergency-basis repairs, which are far more costly to perform than preventative ones.

“Today, I can handle the emergency requirements to support our day-to-day mission requirements, but at some point our facilities are going to fail at a rate where I will no longer be able to do that,” he said. “We are not there yet, but my sense, as an installation commander for 2 1/2 years now is that we are not that far off. That’s based on a gut feeling and watching things over the last two years from a very close perspective and the risks that we’re taking in some key areas.”

The risks have been deliberate, both on the part of Congress and DoD.

In  2016, the military services only requested about 80 percent of the funding that DoD’s own internal models showed was necessary to perform adequate facility sustainment and maintenance.

As a result, training has gotten a much higher funding priority than facilities in the complicated calculus officials use to determine readiness. In any case, officials do not project that the Air Force will recover from sequestration and achieve “full-spectrum” readiness until at least 2023.

Maj. Gen Timothy Green, the director of civil engineers at Air Force headquarters, said an ongoing series of continuing resolutions has also hindered his service’s ability to spend the fairly scarce maintenance dollars it has. Having a full-year budget for at least the remainder of 2016 will help matters, he said.

“Most importantly, it gives us the ability to plan, which is very, very important for us,” he said. “If we have multiple continuing resolutions, we have to put in place bridge contracts. We have to obligate 80 percent of our funds by a certain point in the year. If the money comes late, we may have to not award a contract for the full period because we didn’t have the funding. So our contracting officers have to go in and adjust the performance period, have a set of renegotiations and then when we get the next CR, we have to go through and do the same thing. It creates a lot of difficulty for us across the entire portfolio, in every area where we have some dollars. It creates a lot of work and development for us.”

But many of the Air Force’s facility problems can’t be blamed on sequestration or budget uncertainty  alone. Some of them predate today’s budget issues by several decades.

At the Malmstrom facility where the floor caved in, a plan has been in the works to replace the structure since 1991.

In light of the Air Force’s renewed emphasis on its nuclear force, the project has risen to near the top of the heap of its military construction priorities. But given the fact that the Air Force MILCON budget is at its lowest level since the 1970s, officials don’t expect the facility — originally built in 1957 – to be fully replaced until 2019.

In the meantime, the Air Force expects to spend $11 million on critical repairs to keep the old building operational over the next three years. That’s on top of the $6 million it’s already spent on emergency repairs to the same deteriorating facility over the last six years.

“There’s a myriad of reasons we have a nuclear force improvement plan in place,” Green said. “Over the past five years, they have seen the retention of their airmen and maintainers drop from 75 percent to 20 percent. The infrastructure and the quality of your life, where you work, is a part of the price of maintenance.”

Air Force to ask for base closures, aircraft retirements despite repeated rebuffs 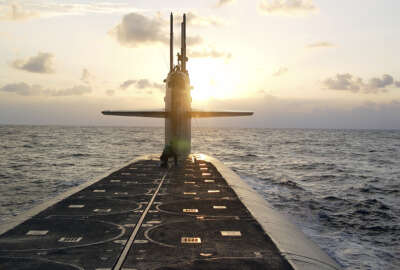 Navy personnel services and facilities jeopardized by lack of funding