Members of Congress are still fielding...

Members of Congress are still fielding mixed signals from the White House and are scrambling to find a solution that would keep all of government open past Dec. 21. White House Press Secretary Sarah Huckabee Sanders at one point on Tuesday suggested the President might pull back from the shutdown threats over a border wall. But by later that afternoon, Sanders said the White House will wait to see what kind of funding solution the Senate can pass. She didn’t, however, indicate what kind of deal the President would sign.

Again, not all agencies would be directly impacted if Congress can’t find a funding solution past this Friday’s deadline. Most notably, the Defense Department, along with the Departments of Health and Human Services and Veterans Affairs, already have full-year funding for fiscal 2019.

Perhaps the biggest impact, however, would come in the form of the sheer uncertainty that a partial government shutdown would have on employees who may have taken time off during the holidays.

That uncertainty was the “biggest tension producing thing” for most federal employees who experienced the 1995-96 shutdown, said John Koskinen, a former OMB deputy director for management who led planning activities for the 21-day government shutdown during the Clinton administration. Koskinen also served as IRS commissioner during the Obama administration.

That shutdown, which started on Dec. 16, 1995 and ended on Jan. 6, 1996, is perhaps the lapse that most closely resembles the situation that some agencies may find themselves in by the end of the week.

This year, the Monday after a potential partial shutdown falls on Dec. 24, Christmas Eve. According to furlough guidance from the Office of Personnel Management, all previously approved time off must be canceled during a shutdown, meaning excepted employees will likely return to work, and “non-excepted” employees may be asked to return to their offices to perform the customary four hours of closeout activities during a lapse in appropriations.

“You never knew when the shutdown was going to end, so you couldn’t go too far,” Koskinen said.

Excepted employees will have to forfeit their paid time off during a holiday shutdown. Otherwise, their agencies will consider them “absent without leave,” according to OPM’s furlough guidance.

Federal employee unions, meanwhile, are urging congressional leadership to work with the White House to find a funding solution.

“Whether they are to be furloughed or asked to continue to report to duty, these employees would go unpaid during a lapse in appropriations and would require congressional action to ensure they are paid once agencies are back to operating normally,” Tony Reardon, president of the National Treasury Employees Union, wrote Tuesday in a letter to congressional leaders. “While a shutdown is personally concerning this time of year for employees as they begin to travel to celebrate holidays with family and friends, it is also problematic for agencies such as the IRS, which is gearing up for a complex tax filing season following enactment of tax reform, and [Customs and Border Protection] given its crucial border mission.”

The American Federation of Government Employees noted recently the average member takes home about $500 a week. An interruption in pay during the holidays would have a profound impact on many federal employees, AFGE National President J. David Cox said.

Both unions are also pushing Congress to squeeze in one last attempt to raise federal employee pay for 2019 before the year ends. The status of the federal pay raise for civilian workers is still undecided, as the outcome largely relies on whatever path Congress might take in the next few days to secure short or long-term funding for the next year by the Dec. 21 deadline.

“While we prefer that full-year funding bills are enacted for the remaining agencies currently  operating under the CR, should another short- or long term CR be enacted, we ask that the Senate-passed pay increase of 1.9 percent for federal employees be included,” Reardon said. 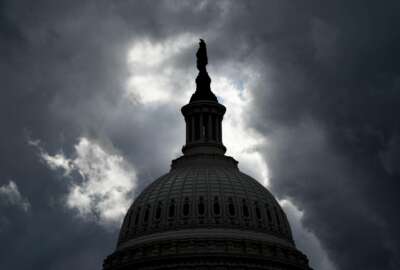 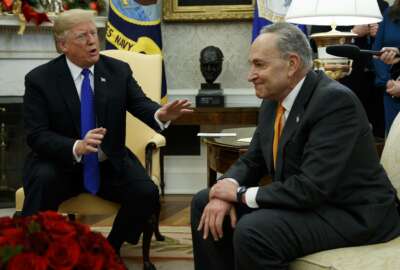 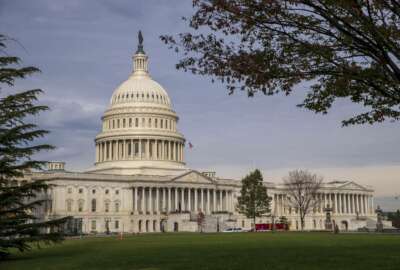