“It’s pretty straightforward,” said Jim Taylor, a former deputy inspector general at the Homeland Security Department. “It’s not a full-blown audit, which requires a lot of documentation. It’s really taking a look at what are the rules of the game, what are the overriding policies, regulations, laws and statutes. Take a look at those, look at the process that was followed at the office — in this case, GSA — ask for any documentation for the steps they followed in the process, and how they came to their conclusion. And interview the appropriate individuals.”

Both GSA and its IG have remained relatively mum on details, with the agency simply stating it welcomed the oversight and will work with the OIG during the evaluation, and the OIG only confirming the review and declining to comment because “we do not discuss ongoing projects,” an IG spokeswoman said.

At issue is whether or not President Donald Trump is in violation of a $180 million lease between GSA and the Trump Old Post Office LLC.

In December, then-acting PBS Commissioner Michael Gelber told Democratic lawmakers Trump must sell off his financial stake in the hotel — located blocks away from the White House — due to a clause in the contract that prohibits elected officials from leasing the federally-owned building.

“You’re basically just looking at what the documentation is, how did they document what they did, how did they come to the conclusion they came to, whatever’s relevant to that,” said Taylor, who spoke in general about IG reviews, and not specifically on the GSA evaluation. “Which would be interviews, which would be documentation, emails, memos, notes of meetings. Looking at those types of things and saying this is how we came to the conclusion.”

While it’s unclear if their letter is what prompted the review, Taylor said congressional requests are sometimes what propel an IG review.

“You can do a review of something because you have a whistleblower call. It can be a specific request from members of Congress, and if it’s from committees, as opposed to specific members, it’s going to carry a little weight,” said Taylor, now managing director for Grant Thornton’s global public sector. “If there tends to be a number of members of Congress who are concerned about an issue, and they send a letter, then that’s taken very seriously. Or it can be self-generating. If the IG’s office is looking in its agency where they see something going on, they may say, ‘Well, we haven’t looked at something like this in a long time, maybe we should look at this process.’ They always have their own annual plans for what they’re going to look at, and that always includes a big chunk that is congressionally driven. Whatever is left over that they have, they can self-generate or use hotline calls.”

Even though the evaluation is not as detailed as an audit, it does have a standard of rigor as well as a level of flexibility that’s not part of an audit.

“One of the reasons you would do a review or an evaluation instead of a full-blown audit would be because you could do it much quicker,” Taylor said. “They’re going to be obviously very careful in reviewing to make sure the conclusions match the information provided, to the evidence there, whatever the conclusion is, and that’s what the review process will focus on: did we document how we came to this conclusion.”

Taylor said once a review is over, there will likely be recommendations for the agency. Depending on the issue, it’s possible a review could end with the start of a new audit because more work is required.

“It would seem like an evaluation of the process, in this case, would be more specific to the issue and would probably not lead to an audit,” Taylor said. “It could.”

Taylor said it’s important to remember that when an IG puts his or her name on a report, that means it’s also subject to a lot of internal review, to make sure “that the process was followed completely and thoroughly.”

Alex Howard, deputy director of the Sunlight Foundation, acknowledged that the impact or influence of a particular IG does vary from agency to agency, and not every report’s recommendations will be put into practice.

Former Department of Housing and Urban Development IG Kenneth Donahue said for any member of an inspector general’s office, when approaching work, it’s important to remember who you ultimately serve.

“I always asked myself each morning, who do I work for,” said Donahue, now director and senior advisor with CohnReznick. “And I always felt very comfortable that it wasn’t for the Congress, it wasn’t for the administration, it was the American taxpayer.” 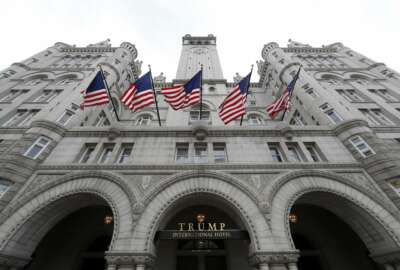