Transparency: It’s an attitude, not a process

One test of transparency is how effectively agencies make sure that everyone affected actually knows about a...

One test of transparency is how effectively agencies make sure that everyone affected actually knows about a proporsed regulation or a change to an existing one. And according to two law professors, there’s room for improvement. Yale law professor E. Donald Elliott and Pace University law professor Josh Galperin reported this in a study they did for the Administrative Conference of the United States. Their topic: “Providing Effective Notice of Significant Regulatory Changes.”

I know, it sounds like a yawn. But rulemaking is among the most important and powerful tools agencies have. Rulemaking can make or break industries.

Elliott and Galperin found, simply publishing rule-related stuff in the Federal Register isn’t enough, even though that’s all the statutes require. A Supreme Court ruling involving a bank and lawsuits said that if you regularly communicate with people by multiple means, using only one narrow medium in something as crucial as a new rule doesn’t cut it. Lower courts have applied this ruling to federal agencies. Therefore, the professors warn, a rulemaking announcement with simply a page in The Federal Register is not only inadequate, it could land you in court.

I know what you’re saying. The corporations have compliance and legal departments to comb the Register. They have lobbyists and government relations staffs to sniff out regulations — even steer them — before they form. They pay trade associations to follow the details.

Yes, but what about the millions of small businesses who are too busy baking whole-wheat organic bread or pouring small castings to dig out the fact that there’s a new rule for disposal of crust dust or lost wax? And that it carries a $1,000 per day fine for non-compliance?

“Potentially interested persons and entities obtain notice of significant regulatory changes
in different ways,” Elliott and Galperin write, “and their satisfaction with current methods for providing notice varies significantly based on their size. Smaller and less well-resourced entities struggle with multiple aspects of obtaining notice.”

To my mind, openness and full disclosure stem from an attitude that values them. That attitude recognizes the Federal Register for what it is: a legal entity that’s useful for those with the means to track it.

There are other rule-making transparency issues. Related documents are often scattered, and it’s up to the affected parties to hunt them down and assemble them. In an interview, the professors noted that in some instances — rare, I hope — certain agency staff members impede wide dissemination of guidance or rule detail so as to enhance their own value to industry when they leave government. If that’s you, stop it.

Improving Notice is a long document at 117 pages with no pictures. It’s loaded with ideas for getting the word out about rules. You can use the agency’s own website more effectively, like making a special spot where regulated entities know where to go. You can post at boating docks or small airports if you’ve got a boating or flying rule. You can partner with organizations like associations or trade groups. You can use digital-era tools like search engine optimization and hashtags to make notices pop up. You can send someone to industry conferences to speak about your rule. Publish the results of your own agency’s training conferences.

And this is me talking, but what about all the social media channels and online groups that industries have created? Use that special hiring authority to bring in a smart under-30 to help you navigate it all.

The United States still feels like a pretty darn free country. And it is. Even so, the government has tens of thousands of pages of regulations on the books. Maybe it’s hundreds of thousands. A sort of cottage industry has grown up just to track the sheer volume of it all. In a 2017 op-ed in The Hill, two George Mason University researchers noted that the Code of Federal Regulations had more “regulatory restrictions” than the King James Bible has words. That’s 792,074 to be exact, from “In” to “Amen.”

It’s a complicated world, but you’ve got a great opportunity to help people understand the regulatory nation, chapter and verse.

Apples are 25% air, which is why the float in water. A distinct lack of transparency emerges in federal regulatory activity 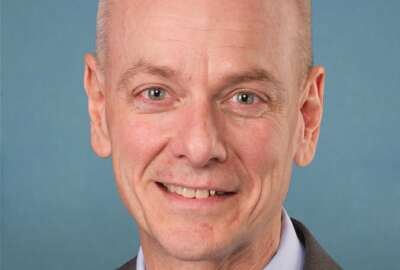 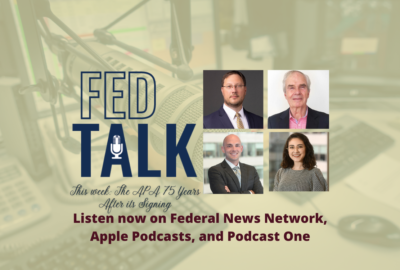