The rules surrounding the Hatch Act, which limit federal workers from engaging in certain political activities...

The rules surrounding the Hatch Act, which limit federal workers from engaging in certain political activities in their official capacity as public servants, still apply while employees are teleworking, OSC said.

In new guidance, the office detailed a few specific scenarios that seem especially relevant to today’s pandemic environment. Now with an “unprecedented number” of employees working from home during the current pandemic, OSC said it had received several questions about the Hatch Act and it’s application to telework.

Under the Hatch Act, civil servants generally can’t express support or opposition for a political party or candidate if they are on duty or at the workplace.

The same rules apply to federal employees working from home, OSC said. Employees are “on duty” any time they’re performing official work activities and even when they’re working irregular hours. They are not “on duty” when they’re using paid leave, credit hours, an excused absence, time off as an incentive or compensatory time off.

“Although they are working from home, they are still subject to the Hatch Act’s on-duty restrictions,” OSC’s guidance reads. “Therefore, employees wishing to engage in political activity by, for example, posting their views about a candidate on social media or making political donations, must ensure that they are not on duty when engaging in such activities.”

The same Hatch Act rules apply for those Zoom, Skype or Microsoft Teams video calls with federal co-workers, just like they would for in-person meetings at an agency office, OSC said.

“Employees should not wear a campaign t-shirt or hat while participating in a work-related video conference call, and they should ensure that any partisan materials, like campaign signs or candidate pictures, are not visible to others during the call,” the guidance reads.

Some video-conferencing or messaging applications allow users to display an image or picture of themselves on their personal profile pages. Federal employees can’t use these platforms either to express support or opposition for a particular political party or candidate, OSC said.

Images of a candidate, campaign slogans or political party symbols are all off limits.

This guidance also applies to federal employees using social media, which may be in high demand to stay connected to friends and family during the pandemic.

Past OSC guidance on social media still applies, the agency said. A teleworking employee on duty, for example, can’t like or comment on a Twitter or Facebook endorsement for a political candidate, even if he or she is using a personal account.

Liking, posting or commenting on political endorsements, statements or videos from a personal social media account is ok, but only when the employee is not working, OSC has said.

OSC’s past social media guidance and opinions on the Hatch Act have come under fire from the American Federation of Government Employees, which sued the agency last year. AFGE argued past opinions from OSC, which advised against federal employees displaying slogans or advocating or opposing activities to impeach or resist President Donald Trump, violated their First Amendment rights.

Meanwhile, the Office of Government Ethics issued its own reminder to agencies earlier this week, asking them to revisit their policies and consult their ethics experts on the laws and rules.

“To defeat this virus and reopen America will require decisive government action,” OGE Director Emory Rounds said in an April 27 memo to agency heads. “It will also require the trust of the American people as significant decisions are made. Our ethical leadership is essential to promoting and maintaining that trust.

“Please continue to lead and take actions that reassure the American people that our government’s response continues to be driven with integrity, for the public good and that decision-making remains free of any taint of private financial interests,” Rounds added.

Separate OGE guidance urged agencies to proactively remind their employees of longstanding rules that prevent them from accepting gifts and donations, as just one example.

Agencies should also think about how they can continue to remotely offer ethics briefings and orientations to new employees and political appointees during the pandemic. 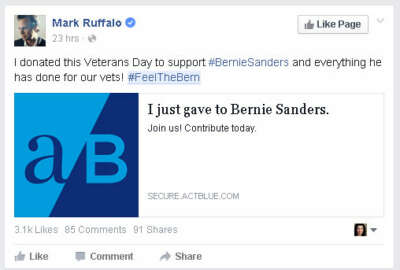