“One of the things we really have been looking at is accountability,” said Peter Constantine, deputy chief human capital officer for...

“One of the things we really have been looking at is accountability,” said Peter Constantine, deputy chief human capital officer for the Department of Housing and Urban Development. “People a lot of times think of just the workforce in general. We’ve been focusing a lot on our leaders, particularly in the area of creating a culture of accountability through performance management.”

That means making sure department leadership knows and fulfills its responsibilities in providing timely feedback to employees, conducting midyear reviews and other such tasks. Constantine said HUD has introduced a mandatory two-step training process to ensure senior leadership knows exactly what’s expected of them.

But that’s not the only way an agency or department could go about fulfilling the requirements of the memo. While many agencies are attempting to maximize employee efficiency and accountability, others are looking to trim the fat through workforce reductions.

Roland Edwards, deputy chief human capital officer for the Homeland Security Department, said it’s important to occasionally reassess the programs your agency is supporting, and whether or not they’re still necessary or the most efficient way to do things.

“Oftentimes, what we try is to do more with less, or the same with less,” he said. “And sometimes that’s just not possible. You’ve already streamlined as much as possible, you’ve already used technology as much as possible, and there’s got to be a point where agencies are taking a critical look to determine whether the programs that are, maybe, dearly loved by a program office or a manager, are truly still programs that are needed in the agency.”

And when that happens, he said it’s important for the agency to ensure that it communicates effectively with the employee so as not to devalue them as an individual while expressing that their program is no longer necessary. And then the agency has a duty to try to find other work for that employee in another program.

Sometimes, Edwards said, that’s the only recourse an agency has.

“Some agencies are just in a position where they have to focus on workforce reduction given the current budget situation,” he said. “In some instances, I’m wondering if it’s directly tied to the [memo] or if it’s really tied to the other budget factors for their agency.”

But other times that’s not possible for an agency or department, like in HUD’s case. Constantine said that over the past few years, attrition had already reduced HUD’s workforce from more than 9,000 to around 7,000.

“On a staffing level, we were pretty close to the bone,” Constantine said. “So for us, it’s not about workforce reduction, but really looking at things like improving, maximizing employee performance. And in some ways, it’s really improving the way we work.”

He said this could take the form of improving systems, enhancing working conditions, empowering employees and equipping managers.

Enhancing working conditions can be an issue at DHS, Edwards said, especially when many jobs are in remote, undesirable locations and there can be real danger of being shot at. In situations like these, Edwards looks to other incentives to improve the conditions and bolster morale in an effort to keep performance high. Sometimes these incentives can take the form of monetary assistance, like tuition assistance and student loan repayment. Or, for families, childcare or eldercare assistance.

“Sometimes it’s not just money. Sometimes it truly is about quality of life,” he said.

When these incentives aren’t available to ease the difficulty of hardship tours, employees can be at real risk for burnout and low morale. This tends to increase attrition, which leads to holes in the workforce. But people still have to cover these duties, which can mean doubling up of responsibilities for other workers. Which in turn leads to more burnout and low morale, perpetuating a vicious cycle.

And that’s where it’s important for leadership to make the effort to engage with employees. Listening tours can go a long way toward making employees feel like leadership is listening, Edwards said.

The Federal Employee Viewpoint Survey is also an important tool, Edwards said, although it can be somewhat flawed. For example, its annual nature doesn’t give agencies enough time to make effective change before the next one rolls around. By the time the data is in, the analysis has been performed, and the agency begins taking steps to address the issues presented, the next FEVS is already rolling out.

That can give the impression, from year to year, that agency leadership isn’t reacting to the survey, that improvements are stunted or nonexistent. And that can lead to lower scores on the FEVS, as employees believe that leadership isn’t paying attention, and either indicate that on the survey or skip the survey altogether.

But the data from the FEVS is useful, both Constantine and Edwards said. Constantine said HUD’s human capital management dashboard has been helpful in strategic workforce planning and targeting opportunities to improve performance. He said HUD recently even hired a statistician to help the agency better take advantage of the data.

And Edwards said deep dives into this data can help pinpoint problems at their source, allowing leadership to be more surgical in addressing issues. He said that his office starting analyzing data with the specific components so that they can address issues directly. He said it’s important to make changes at a level where they’ll be most effective, and that means involving all levels of management in engagement efforts. Even individual offices can have their own action plans.

But he also found something surprising that’s saved time and effort at the upper levels: Sometimes, something that looks like a problem is actually both expected and desirable, when put in context. For example, the data may show a decrease in hiring for a particular office, and indicate that they won’t meet hiring quotas. That would seem to be a problem. But the office’s leadership could be attempting to reduce the workforce through attrition, in which case the decrease in hiring was neither unexpected nor undesirable.

“Put your data in action,” Edwards said. “It’s not just collecting the data; but you’ve got to have a plan to actually use the data, dig in, understand it, and if you don’t understand data enough to be able to do that, there’s no reason to actually collect it in the first place.” 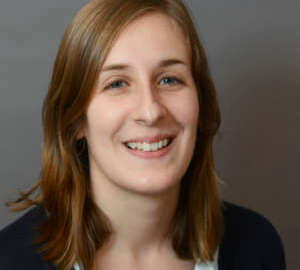