A series of recent moves involving the Office of Personnel Management is reinvigorating concerns the agency has become increasingly politicized at a time when it’s supposed to help agencies oversee the ongoing presidential transition.

And though the Trump administration has seemingly ditched its efforts to reorganize the agency, good government and federal employee groups worry new priorities — like the president’s recent Schedule F executive order — are steering OPM in a worrisome direction.

A series of recent moves involving the Office of Personnel Management is reinvigorating concerns the agency has become increasingly politicized at a time when it’s supposed to help agencies oversee the ongoing presidential transition.

And though the Trump administration has seemingly ditched its efforts to reorganize the agency, good government and federal employee groups worry new priorities — like the president’s recent Schedule F executive order — are steering OPM in a worrisome direction.

One of those recent developments is a new order of succession at OPM, which favors positions currently staffed with political appointees over longtime career executives.

The new order, which the White House described in a memo last week, describes who within OPM should lead the agency in the event the director and deputy director both resign, die or become unable to perform their duties.

The memo rescinds a previous one President Barack Obama issued back in August 2016. Under that order of succession, OPM’s general counsel, and then chief of staff were first and second in line to assume leadership duties of the agency if the director or deputy director were unable to perform those duties.

OPM’s chief management officer was third. Kathleen McGettigan, a long-time career OPM official, is the CMO and led the agency on an acting basis in 2017 for more than a year.

The associate director of employee services, who was a career official during the Obama administration, would be fifth in line to lead the agency after OPM’s chief financial officer. Dennis Kirk, a political appointee whose nomination before the Merit Systems Protection Board has been stalled for at least two years, holds the employee services position today.

Under Trump’s new order of succession memo, Kirk would be third in line to lead OPM. The agency’s chief management officer is bumped down to fourth.

President-elect Joe Biden can name his own acting director to lead OPM once he takes office Jan. 20. He can also fire any political appointees who, according to the new order of succession, might be in line to lead OPM but haven’t left their positions before Inauguration Day.

Still, good government groups worry the new order of succession order shows OPM has become increasingly politicized, and they wonder why the Trump administration waited to change the leadership hierarchy so close to Inauguration Day.

“It’s interesting that political and administrative capital is being focused on things like this when they’re not focusing on things they’d usually do during a presidential transition,” Jason Briefel, executive director of the Senior Executives Association, said.

OPM, for example, hasn’t issued a transition guide for federal agencies. Past OPM transition guides from 2016 and 2008 have answered questions about pay and benefits, ethics and appointment authorities for incoming and departing government officials.

OPM didn’t comment Monday on its new order of succession or its decision not to issue a transition guide for 2020.

Beyond the transition guide, OPM also hasn’t declared a moratorium on the Qualifications Review Board (QRBs) for senior executives, a move that typically happens during presidential transitions once outgoing agency heads announce their plans to leave government.

Once OPM declares a moratorium, it means agencies can’t review, hire or place prospective candidates to positions within the Senior Executive Service. The temporary moratorium is designed to give incoming agency heads the time and space to make decisions about executive resources and set his or her own priorities.

Kirk, the employee services director, did remind agencies in September of the usual procedures for processing appointments and personnel conversions during presidential transitions.

“As it has in the past, OPM will suspend the processing of QRB cases during agency head transitions,” the Sept. 22 memo reads. But the agency hasn’t formally announced a pause in the SES hiring review boards, and most agency heads haven’t disclosed their plans to leave government.

OPM last imposed a moratorium on SES QRB cases on Dec. 7, 2016. The date coincided with the deadline Obama gave agency heads to submit their letters of resignation, Beth Cobert, OPM’s acting director, said back in November 2016.

“OPM should be focused on the presidential transition in a professional and nonpartisan way,” Max Stier, president and CEO for the Partnership for Public Service, said Friday afternoon in a statement.

The Partnership, SEA and others have been urging Congress to include language in the next omnibus spending package that would block implementation of the order. The EO allows agencies to reclassify career federal employees in certain policy-making positions to a new class of quasi-political appointees.

It’s still unclear whether agencies might implement the Schedule F order between now and Jan. 20, though federal employee groups say the steps at least one agency has already taken to implement the EO are cause for concern.

The Office of Management and Budget already submitted a list of positions encompassing some 88% of its workforce to OPM for review.

If they do earn approval to reclassify some positions to the new schedule, it’s unclear how agencies might use the authority to fire current career employees and hire new people in their place. Reinstating career employees who may have been fired under the Schedule F executive order can’t happen overnight, Briefel said.

“If nothing else, it will be an enormous distraction to the economic and pandemic response,” he said. “If the authority is used to fire folks, the fastest you could bring people back is two-to-three weeks. You have to wait a payroll cycle.”

An incoming Biden administration may repeal the Schedule F executive order, but it’s unclear if and when the president-elect might overturn it.

It’s also been difficult to track how other agencies might be implementing the Schedule F executive order, Briefel said.

The Energy Department gave its leaders a Dec. 11 deadline to review all positions and determine which ones could be reclassified under Schedule F, according to agency guidance, which Federal News Network obtained.

“Focus your review on higher-graded positions as they are most likely to meet the Schedule F criteria,” the Energy guidance reads.

Lists were due to Energy’s human capital policy office Friday.

The president’s executive order gave agencies until Jan. 19 to submit a list of positions as possible contenders for reclassification under Schedule F. 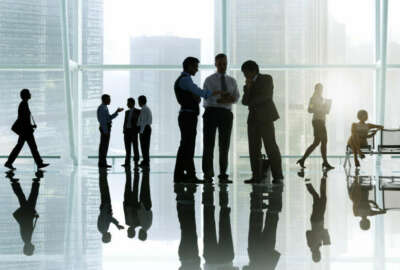 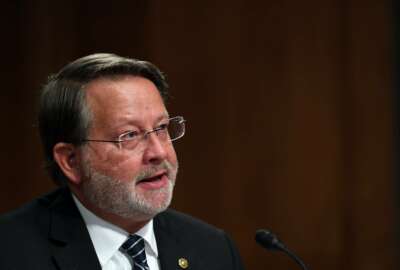