The Defense Logistics Agency reached a major milestone on its cloud journey. It recently completed the migration of its enterprise resource planning (ERP) system to the cloud.

Adarryl Roberts, the program executive officer at the Defense Logistics Agency, said this recent success is one giant leap in its cloud and digital transformation journey.

“Originally, we scheduled a two-year effort for this cloud migration for the ERP. Through everyone’s hard work and strong senior leadership at...

The Defense Logistics Agency reached a major milestone on its cloud journey. It recently completed the migration of its enterprise resource planning (ERP) system to the cloud.

Adarryl Roberts, the program executive officer at the Defense Logistics Agency, said this recent success is one giant leap in its cloud and digital transformation journey.

“Originally, we scheduled a two-year effort for this cloud migration for the ERP. Through everyone’s hard work and strong senior leadership at all levels within DLA, we actually completed it in 16 months, ahead of schedule,” Roberts said on Ask the CIO. “We really looked at this in three phases. We looked at how do you remove some of the less critical components of our ERP, then we move the ERP Central Component (ECC), which is SAP and Oracle, that’s the brains of the operation of the ERP. Then for us, we actually have our enterprise data warehouse and our analytics tools are part of the architecture of our ERP. So that was our phase three move.”

DLA had planned to complete the transition in December 2021, but ended up waiting until February to address problems that came up during the transition.

Roberts said the transition still ended up ahead of schedule and a little under budget.

“For each phase, we had three steps within each mock release, where we took the application down over a weekend and actually went through the steps of doing the transition to the cloud. There’s some lessons learned,” he said. “When I say it was a team effort, I mean, the vendors, SAP, the contractors, everybody was on these calls all hours of the day, night, morning and throughout the weekend. There were some long times. It wasn’t perfect. We found it was prudent to do more testing so we had less issues with the day-to-day operations that DLA supports when we did go live. We completed that in February with some bugs, some issues, but nothing that affected the daily operations or the support to the warfighter, as we worked through that.”

DLA’s success is more significant because agencies, especially the Defense Department, have struggled to modernize ERP systems over the last two decades. The Air Force, for example, canceled its modernization effort in 2012 after spending more than $1 billion over seven years and getting only about $100 million worth of usable capability.

91% of all applications in the cloud

Roberts said the initial move of the ERP system to the cloud is just the first step. He said the end goal is to potentially move the system to a software-as-a-service (SaaS) platform and take advantage of advanced technologies to implement business transformation and business process reengineering.

“We are looking at our internal processes based upon where the commercial software is today, and how we can reinvent the way we do business at DLA to take advantage of that and reduce some of the customization that we have within our architecture, which makes it, one, easier from a technical maintenance perspective,” he said. “Then it will also make it easy on the business from a training perspective because now we can leverage more commercial training than having specialized training for our systems.”

Over the last several years, DLA has moved about 91% of all applications to the cloud, but only 6% of those are in SaaS platforms. Most of that 6% are in a commercial cloud offering.

Roberts said while DLA will never put all applications in a commercial cloud, he does plan on taking advantage of these platforms as much as possible.

“We are looking for those things that we truly have to customize so how do we better leverage those low code, quick code type SaaS environments that we have,” he said. “We made a major investment in a platform, which includes low code development. So where we have those unique government workflow, transactional type systems and process areas, instead of having individual government created code, we can actually transition that code onto that platform and manage it from that SaaS environment.”

The DNA of DLA

This way DLA can continually modernize its business applications. Roberts called it the “DNA of DLA” to continuously look at ways to transform the business through the enablement of IT.

“We’re also still planning to migrate our SIPRnet, our classified environment, to the cloud by the end of fiscal 2023,” he said. “With these cloud migrations, you need to have some focus, you need to have specific objectives. Our effort is to accelerate from legacy applications. But in doing so, we do realize some of our processes are unique, and we have to maintain those capabilities. We’re going to put that in a single DLA platform with the single sign on capability. That’s going to benefit the user and our customers so that as you’re doing business with DLA, you only have to log into the platform once. Then you can conduct your business wherever you have to conduct that business with DLA. Today, that’s not the case.”

The other focus areas are on data and the architecture that supports it.

“For us to fully leverage data as a strategic asset, we have to get our data architecture in order across our enterprise systems, along with our partners in order to maximize any AI or machine learning technologies, and also other automations that are critical to all these initiatives,” Roberts said. “We have to keep in mind, that our mission is to support the warfighter and support the whole of government for natural disasters and pandemics. Everything that we’re doing in this cloud journey is to enhance our ability to support business processes and help them fully leverage emerging technology.” 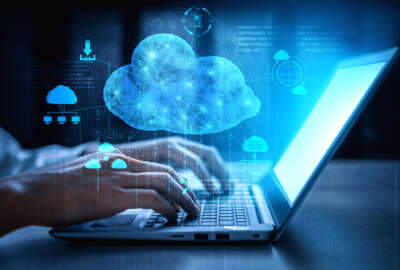 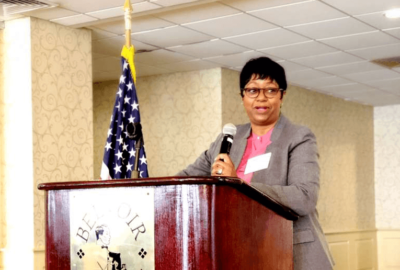 For DLA, there’s only one path to modernize its technology 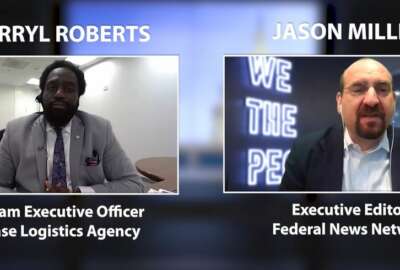