“One of my earliest tasks would be to sit down with Deputy...

“One of my earliest tasks would be to sit down with Deputy Defense Secretary Kathleen Hicks and others as they are confirmed in that space,” McCord told the Senate Armed Services Committee. “The Cost Assessment and Program Evaluation director who’s been nominated and the chief information officer, I believe, has not been nominated yet; all those players would have a role in the structure that former Deputy Defense Secretary David Norquist left.”

McCord, who served as comptroller under President Barack Obama as well, said his focus would be making sure that the duties that remain with the comptroller make the department more effective.

“We have doubled down to the point of maybe overdoing it over the last decade on trying to make it focused only on efficiency and cutting billets,” McCord said. “We need to focus more on outcomes and effectiveness and if that role stays with comptroller, I would need to hire a somewhat different type of workforce and move them over if they haven’t left the department from the CMO office.”

Norquist directed a plan to dissolve and redistribute the CMO’s functions a week before the end of the Trump Administration. It strengthened the comptroller’s office to take on business process issues as well as financial issues, and also made the comptroller into DoD’s performance improvement officer.

Since taking office Hicks has not said if she will continue Norquist’s plan or distribute responsibilities differently. McCord made it seem like there would be a meeting of the minds on the issue once more nominees were in office.

Congress got rid of the CMO position because it was disappointed in its efforts to fundamentally change the business practices of DoD.

In this space last November, Federal News Network noted that DoD had just reported a massive increase in improper payments to its civilian workforce for 2020, owing mostly to what Pentagon financial officials called a “new sampling plan and testing methodology.” But as it turns out, the latest estimate — $5 billion — is really more of a guess, because the new methodology itself is unreliable.

That’s according to the DoD Inspector General’s latest review of the Pentagon’s improper payments, which found the department is failing to comply with federal improper payment reporting requirements for the ninth year in a row.

The IG found the Defense Finance Accounting Service DFAS was using ill-conceived methods to detect error rates for both its civilian and military employees. But the civilian area is where the department reported the biggest year-over-year increase in 2020. It estimated 8% of payments to civilians were either too high or too low last year — a massive jump from the 0.14% estimated improper payment rate for 2019.

But auditors now say those numbers are untrustworthy for at least two reasons. First, DFAS used garbled data to calculate the error rates for both military and civilian employees.

“By using an unreliable methodology to calculate the gross pay amounts for the population, DFAS personnel recognized the amounts did not match the [leave and earnings statements] and modified the amounts in the sample results population, creating variances in the gross pay amounts used to calculate the improper payment estimates,” according to a report the IG issued last week.

Another problem happened when the department, apparently by mistake, left its civilian mariner workforce completely out of its calculations for the civilian pay accounts; those paychecks alone account for $538 million. And the oversight happened in spite of the fact that the IG noticed the same problem two years ago, and in spite of the fact that DoD agreed to correct the error at the time.

The department told auditors it really has fixed the problems this time, and the revised methodologies will be reflected in its 2021 financial statement later this year.

Overall, the IG found the department is falling short on two out of the six requirements in the Payment Integrity Information Act. The employee pay issues caused it to fail the requirement to publish reliable estimates of its improper payments.

The second failure came about because the department didn’t meet its improper payment reduction target of 0.76% for military health benefits. DoD said the majority of those problems happened because one of its TRICARE contractors didn’t process health claims accurately. —JS

The Defense Department is concerned about the number of service members who are willing to get the coronavirus vaccine, as many still refuse to get the shot.

With just 27% of military personnel fully vaccinated, DoD said it does not have any issues with supplying the vaccine, only with getting troops to take the vaccination.

In response to a question from Sen. Thom Tillis (R-N.C.), during a Senate Armed Services Personnel Subcommittee hearing about whether the president should mandate the vaccine, Dr. Terry Adirim, acting assistant secretary of defense for health affairs, said:

DoD has done multiple townhalls with senior leaders explaining the effectiveness and safety of the shot.

Service members are not mandated to take the shot because it is only approved those emergency-use authorization.

Adirim said DoD is not at this time considering making the vaccine mandatory.

DoD has said in the past that about one-third of service members have been declining to get the vaccine. — SM 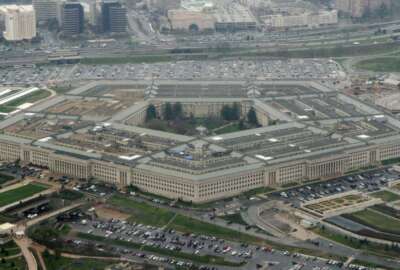 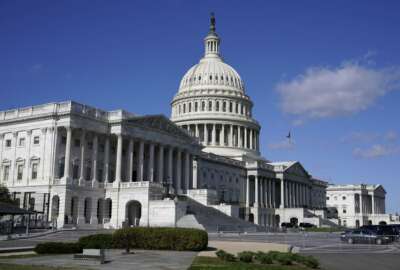