The DoD Reporter’s Notebook is a weekly summary of personnel, acquisition, technology and management stories that may have fallen below your radar during the past week, but are nonetheless important. It’s compiled and published each Monday by Federal News Network DoD reporters Jared Serbu and Scott Maucione

Most newly-detected civilian pay discrepancies were due to missing documentation

The Defense Department’s latest financial statement shows the Pentagon made nearly $5 billion worth of improper payments in its civilian payroll accounts last year, a massive increase from previous years in which the department reported almost none.

In its annual financial report, released last week, DoD said the startling increase was mainly because of a “new sampling plan and testing methodology” financial management officials began implementing in the civilian pay accounts in 2020. But at least so far, those new methodologies appear to have generated more questions than answers as they unearthed billions of dollars in previously-undiscovered potential payment irregularities.

For the overwhelming majority of the $4.916 billion discovered to be improper in the civilian pay arena — 99.1% — auditors aren’t able to say whether they represent overpayments or underpayments. Instead, the department simply doesn’t have the documentation to show whether the payments were authorized at all.

The newly-reported improper payments for civilians were a major driving factor in the total payment discrepancy rate across the department. In 2020, improper payments stood at 1.73% of DoD’s total spending, compared to 1.43% in 2019, representing an increase of $2.7 billion and raising DoD’s total estimated improper payment amount to $11.4 billion. More than $9 billion of that figure is categorized as “unknown,” meaning the department cannot say whether they were underpayments, overpayments, or, perhaps perfectly justified.

Another major driver of the “unknown” category is DoD’s military pay accounts. In 2019, when the department implemented a similar sampling and testing overhaul for those accounts, the improper payment rate for military pay rose from 6.95% to 7.25%, totaling $7.45 billion.

However, this year’s report marks the first time DoD’s financial report breaks improper military payments down by military service, and the problems appear to be overwhelmingly in the Army and Air Force, which reported error rates of 8.14% and 5.64%, respectively. Those two services were responsible for $5.1 billion in improper military payments; the Navy and Marine Corps made just $52 million.

Federal law requires agencies to publish corrective action plans whenever audits turn up estimated improper payments of $100 million or more in a particular spending category, and DoD crossed that threshold and published a new one for civilian pay in 2020.

The plan called for the department to accelerate post-payment reviews and identify points of contact for identifying improper payments in each DoD component by this month. By next month, the department is supposed to hold a civilian pay “entrance conference,” in part, to make sure “key stakeholders” understand what documentation is needed to support civilian payments.

Another milestone in the corrective action plan is set for next May, when the department will start developing monthly reports on its progress and how much documentation is still missing, and roll out a new software platform to collect data and documentation on civilian improper payments.

Aside from civilian pay, DoD still has significant improper payment problems in four other areas:

But those categories do not suffer from missing documentation problems to nearly the degree DoD’s personnel pay accounts do. For more than 99% of the improper payments in those latter four areas, the department is at least able to tell whether they were overpayments or overpayments, theoretically letting officials chase down overpayments or make good on underpayments after the fact. —JS

The Defense Department will once again ramp up coronavirus protective measures in place for employees at the Pentagon later this week in response to a resurgence of the virus nationwide, including in the National Capital Region.

Starting on Thanksgiving Day, the Pentagon reservation — which includes the nearby Mark Center and DoD-leased space — will move from Health Protection Condition Bravo to a new subcategory the department is calling “Bravo-Plus.”

It won’t mean a return to the full set of precautions officials implemented at the Pentagon in March, when they set HPCON Charlie. Those were relaxed in June, when the Pentagon downgraded itself to HPCON Bravo.

But under “Bravo-Plus,” the changes will include:

The Army will take a hard look at its sexual assault and harassment prevention program after a serious of violent incidents at Ft. Hood in Texas and other bases.

In a video message posted on Twitter last week, Army Secretary Ryan McCarthy said he reviewed the preliminary findings of the Ft. Hood Review Committee and will require the Army to make serious changes to it Sexual Harassment Assault Response Prevention (SHARP) program.

“Recent cases and recent media coverage have hardened my belief that the Army’s SHARP program hasn’t achieved its mandate to eliminate sexual assault and sexual harassment by creating a climate that respects the dignity of every member of the Army family,” McCarthy said.

On Dec. 8, the Army will release the committee’s review with an action plan to address the recommendations.

“It is clear we have significant work to do to regain our soldiers’ trust in our SHARP program,” McCarthy said.

Much of the Army’s introspection about its sexual assault and harassment problem came after the harassment and murder of Army Specialist Vanessa Guillen this summer. However, advocacy groups have been warning for years that sexual assault is a glaring problem in the military.

Military sexual assault and harassment numbers are on the rise.

The inspector general for Army Forces Command visited Ft. Hood this summer. Soldiers told the office they trusted senior leaders to take sexual harassment seriously, but the junior leaders may not have the life experience or the military experience to deal with the situation as it was presented to them.

“At Ft. Hood we observed the SHARP program needing to improve in certain areas, but one which units generally execute the standard,” Wempe said. “Soldiers reported a hesitancy to report SHARP incidents for several disparate reasons.”

The Army has made some adjustments this year to try to raise the alarm about people in possibly dangerous situations.

In October, the service announced that when soldiers do not show up for duty that they will be reported missing instead of jumping to the more disciplinary absent-without-leave status.

“Spec. Vanessa Guillen really affected all of us. Incredible soldier. We know her family and I think she touched every one of us. What happened to her was horrific,” Army Chief of Staff Gen. James McConville said last month. “What we’re putting in place is basically a missing category, because that’s really — what happened to Vanessa Guillen; she was not absent without leave. But she wasn’t present for duty either. She was missing. We want to have a category that’s clear and unequivocal, that if you’re not present for duty, you’re missing. Then the intent is for that unit, and for the Army, to be looking for that soldier.” — SM

More than 50,000 soldiers have a chance to get new benefits

Tens of thousands of Army veterans who were less-than-honorably discharged will now get a second chance to receive benefits.

After lengthy court battle, soldiers who have less-than-honorable discharges after Oct. 7, 2001, relating to mental health or sexual trauma will have their discharges reviewed by the Army.

“This settlement will ensure that the Army reconsiders thousands of decisions involving Iraq- and Afghanistan-era veterans with a less-than-fully-honorable discharge,” according to a statement by the Yale Law School Veterans Legal Service Clinic.

The clinic provided legal counsel for the class action suit against the Army.

“Additionally, the Army will adopt procedural reforms, such as a universal telephonic hearing program, that will facilitate access to discharge upgrades for this and future generations,” the statement continued.”

The Army Discharge Review Board and the plaintiffs reached a settlement last Wednesday, which will automatically consider thousands of cases dating back to April 2011. Former soldiers discharged before that will receive notice that they may reapply for benefits.

The Army also agreed to make other changes to the board’s process. There will be additional training for board members and staff, enhanced notices to veterans of legal and medical services that might assist their applications, and more detailed documentation requirements that the ADRB must follow in any written denials.

The new telephonic hearings option is particularly important because now former soldiers will not have to travel to Washington to appear in person for discharge upgrade hearings.

“This is a watershed vindication of veterans’ rights,” said plaintiff Steve Kennedy, who served in Iraq and is a founder of the Connecticut chapter of the Iraq and Afghanistan Veterans of America. “Not only will this have a practical impact on the lives of thousands of veterans, but this settlement will also signal that the federal government must be held accountable to its word to veterans.”

Sen. Richard Blumenthal (D-Conn.) added, “I am elated by this historic victory — resulting from a relentless fight for justice. After three years of tireless effort from a great team led by the Yale Law School Veterans Legal Services Clinic and thousands of Army veterans, we can celebrate this significant step forward. Heroic veterans suffering from the invisible wounds of war deserve support and treatment, not the stain and stigma of a less-than-honorable discharge. I’m proud to see that this injustice has been righted for an entire generation of Army servicemen and women.” — SM

It’s been an exciting time to be a space command lately. The Marine Corps set up its own service-specific space command and the Air Force is honing in on where it will headquarter U.S. Space Command next year.

The command was created from the existing Marine space experts who were previously stationed with U.S. Strategic Command.

MARFORSPACE will “focus on providing space operational support to the Fleet Marine Force while building a convergence capability to increase warfighter lethality,” according to a release from the Marine Corps.

“We have an incredible opportunity to create a synergy across the information environment based on our unique position within the naval and joint force,” Glavy said. “Space and cyber are critical capabilities in the information environment that, when brought together, can provide a competitive advantage. Convergence requires flexible and interconnected teams focused on solving hard problems with speed. We cannot be successful in these technology-heavy domains without prioritizing people, ideas and things in that order.”

Glavy will be dual hatted as the leader of Marine Corps Forces Cyberspace Command as well.

On a larger scale, the Air Force announced six possible locations where SPACECOM headquarters may be located. The candidates are:

SPACECOM is temporarily headquartered at Peterson Air Force Base. The Air Force considered 24 communities before narrowing it down to six.

“The Department of the Air Force evaluated each location and will now conduct both virtual and on-site visits at each candidate location to assess which location is best suited to host the U.S. Space Command Headquarters,” said Air Force spokesperson Ann Stefanek. “This assessment will be based on factors related to mission, infrastructure capacity, community support, and costs to the Department of Defense.”

The Air Force plans to pick a location early next year. — SM 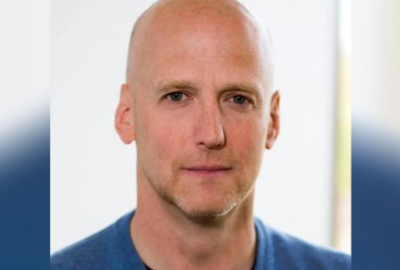