The darker side of the Pentagon’s sexual assault report

DOD rolled out its study April 30. The military saw a huge ramp up in reporting of assaults. It also saw a lack in actual prosecutions and convictions.

The Pentagon report stated there were 5,110 reports on sexual assaults, but 406 went to court martial and 166 of those lead to convictions.

Protect Our Defenders, an organization dedicated to ending rape and sexual assault in the military, says those numbers are concerning.

“The prosecutions are going down and what that does is deny accountability for the military and justice for the survivors of sexual assault. We’ve seen decades of promises about zero tolerance, we’ve seen millions of dollars thrown at this problem and millions of hours of training and yet at the end of the day we only ended up with 166 convictions,” Don Christensen, former chief prosecutor of the Air Force and president of Protect Our Defenders.

The report “shows that more sexual predators are getting off the hook and fewer survivors are getting the justice they deserve. While reports might be up, accountability for sexual assault offenders is going down,” Gillibrand said in an April 30 release.

“Despite the fact that we see things moving the right way on reporting, that’s not nearly good enough and when the reports are made very few of them actually see the inside of a court,” Christensen said.

The report showed an increase in internal punishments, something that is worrisome to anti-assault groups.

“What you see when you dig into the numbers of the report, fewer and fewer commanders are using the court martial process to address sexual assault and rape and instead using administrative discharges, non-judicial punishment, a reprimand or something like that,” Chirstensen said.

Christensen did say the increase in reports is a good sign. The increase came mostly from women.

Christensen attributed the increase to the #MeToo movement, which has taken the country by storm as more and more men who have used their power positions for sexual gain are being outed.

“The #MeToo movement really has ignited. It really has instilled confidence in women that come forward. I think in the fact that over the past four or five years Congress and the media have put so much attention on this that a survivor knows if they come forward they are going to have someone in their corner,” Christensen said. 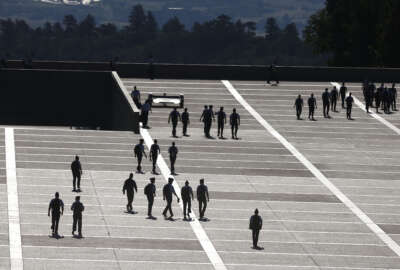 The darker side of the Pentagon’s sexual assault report