If Congress truly wants to save money, it should start asking agencies some tough questions about their improper payments and IT acquisitions, the Government Accountability Office said.

Those were two of Comptroller General Gene Dodaro’s top recommendations for the Senate Budget Committee, which in the days leading up to President Donald Trump’s full budget proposal, reviewed suggestions on “ways to run the government for less.”

Agencies bear their fair share of the blame, but Congress...

If Congress truly wants to save money, it should start asking agencies some tough questions about their improper payments and IT acquisitions, the Government Accountability Office said.

Those were two of Comptroller General Gene Dodaro’s top recommendations for the Senate Budget Committee, which in the days leading up to President Donald Trump’s full budget proposal, reviewed suggestions on “ways to run the government for less.”

Agencies bear their fair share of the blame, but Congress has a role to play in helping agencies clear GAO recommendations, issue fewer improper payments and realize cost savings from better IT decisions.

“In the end, we have to have some systematic way,” said Sen. Angus King (I-Maine) during a May 17 hearing. “There has to be somebody whose job it is, the ‘savings czar’ or something, whose job it is to chase these things on a consistent basis. Otherwise, it’ll just fall down into the netherworld of various agencies.”

Congress specifically has 61 recommendations from GAO, and many of them are relatively minor, statutory changes that Congress could help enforce.

But both Dodaro and some senators agreed: they could be aggressive in overseeing agencies and their improper payments.

Those estimates may be higher.

“The federal government really is not able to determine the extent of this problem or have a reasonable prospect that it’s managing it properly to reduce these improper payments,” Dodaro said.

Some agencies interpret the improper payment reporting requirements differently than others, while some departments believe they don’t have the statutory authority to ask states, local governments and other entities for the information they need to report.

“There’s a Do Not Pay list [at] the Treasury Department that a number of agencies are supposed to use,” Dodaro said. “But they currently do not have the full, death master file that [the] Social Security [Administration] has. Social Security said it doesn’t have the authority to give the Treasury Department that file that includes all state-reported data, so there’s not an adequate matching.”

There are other examples at other agencies, Dodaro said. But it’s this kind of confusion and misunderstanding that Congress could help clarify, he added.

Agency IT acquisitions also deserve some attention from Congress, said Dodaro, who described the dependence on legacy IT as “a millstone around the agencies’ neck[s].”

Agencies spend about $80 billion on IT, and the majority of that spend goes toward supporting and patching legacy systems.

Dodaro said he’s concerned by the level of authority that chief information officers have on their agencies’ IT decisions and procurements, which was supposed to be a key aspect of the Federal IT Acquisition Reform Act (FITARA).

“That’s a little bit of a mixed record so far,” Dodaro said. “We’re looking at that. That requires some more oversight by the Congress. Also data center consolidations were supposed and lead to cost savings. So far it’s been a couple billion dollars, but there’s more to be there. The agencies aren’t setting aggressive numbers. We think there could more savings in data center consolidations.”

Sen. Mike Enzi (R-Wyo.) suggested the compensation disparities the Congressional Budget Office found between federal employees and private sector workers may be one area where the government could find some cost savings.

The House Oversight and Government Reform Committee also examined the report’s findings this week. Lawmakers suggested that changes to the civil service system are coming. 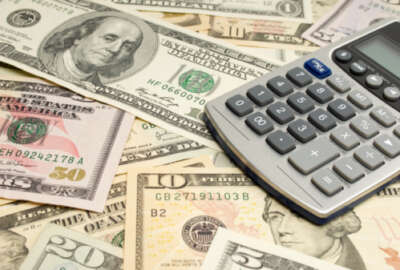 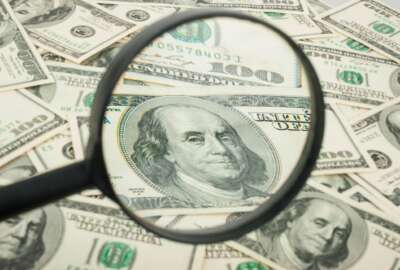