But out of all the topics the commissioners studied in the two-and-a-half years leading up to their final report, federal hiring has the most room for improvement. Joe Heck, the commission’s chairman,...

But out of all the topics the commissioners studied in the two-and-a-half years leading up to their final report, federal hiring has the most room for improvement. Joe Heck, the commission’s chairman, told the Senate Homeland Security and Governmental Affairs Subcommittee on Regulatory Affairs and Federal Management during a virtual hearing.

Though it was the first time the commission had publicly briefed the committee on its recommendations to improve federal public service, it certainly wasn’t the first time members had heard such complaints and challenges.

“We are not doing well at all,” Heck said in describing the anecdotes the commission had heard from federal job seekers.

To attract a younger talent pool, the commission suggested government extend noncompetitive eligibility to all students who complete a federal internship. Agencies hired just 4,000 student interns to term or permanent positions in fiscal 2018. In 2010, they hired 35,000 interns.

Many interns don’t have a direct pipeline into a permanent, full-time job with a federal agency, and they’re forced to use USAJobs.gov like every other applicant.

“What we know is that the merit-based system is now being used for the minority of hires within the federal workforce,” Heck said. “The commission has proposed noncompetitive eligibility for individuals who have already succeeded in competitive selection processes and demonstrated capabilities relevant to our public service.”

But just 20-to-25% of new hires come through the competitive hiring process today, and with 18% of the federal workforce eligible to retire today and 6% of employees under the age of 30, the commission said government needs quick action.

“We need people in the workforce. We need to be growing the next-generation talent and acquiring it,” Commissioner Shawn Skelly said. “We have to do some things now while fixing the overall federal talent management system.”

Veterans preference as a tiebreaker

Piecemeal changes to veterans preference won’t work, said Heck, who advocated for a complete redesign of the program. The commission recommended agencies use veterans’ preference as a tiebreaker between two candidates who are up for the same job and have similar levels of competency and qualifications. In those situations, the veteran would receive the job over the civilian.

“A veteran who comes in and tries to utilize his or her veterans preference, even if judged as minimally qualified, can float to the top of the most highly qualified list and be hired over other, better qualified candidates,” Heck said. “Why is that a problem? You’re probably putting a veteran into a job for which they are not qualified … so they cannot perform. They become disenfranchised as a federal government employee and decide to leave federal service.”

In addition, veterans would have one other chance to use their preference within the first two years.

“If you come in and take a job it may not be the right job for you. We don’t want you to have exhausted your veterans preference on a bad choice,” Heck said. “So if within the first two years, which is when most people will recognize they’re in a job that’s not for them, you can get to use it again to move to another position in the federal workforce.”

Heck said the commission has pitched its recommendations to many veterans service organizations, and most agreed with the premise.

“We would hope that this time around it is not as controversial as it has been in the past,” he added.

It suggested agencies establish a “cafeteria plan” of benefits, which could range from health and dental insurance, to child care subsidies or tuition reimbursement. Employees could then pick and choose — up to a certain financial threshold — what benefits best suit them depending on their individual needs and goals.

Beyond the federal hiring and recruitment challenges, Heck advocated for a culture change within the organizations that often denigrate the federal workforce, noting how Congress has turned to federal employee retirement plans as a way to balance the budget in the past.

“Some look at federal government workers as bureaucrats with a job that they can never lose, sitting behind a desk whose only purpose is to put up obstacles to whatever it is that the general public wants,” he said. “We need to take the onus upon ourselves as elected officials to embrace and support those who commit themselves to public service in order to provide services to the American people.”

But Congress — at least not recently — largely hasn’t taken the onus upon themselves, as the Senior Executives Association reminded the subcommittee earlier this week. Many of the commission’s recommendations mirror those that SEA and other good government groups have made repeatedly in recent years.

And while many have received congressional support, few proposals ever achieve final passage in annual defense policy bills, much less their own standalone bill that receives time and attention on the House and Senate floors.

“The time, and more importantly the need, for more review has long passed,” Bob Corsi, SEA’s interim president, wrote Monday in a letter to the subcommittee. “The COVID-19 pandemic has made clear that if we as Americans want our federal government to be responsive to public needs and succeed in the future, Congress must take action now, during the 116th Congress, to lay that foundation for success.”

But it’s unclear at this point whether any of the commission’s federal public service recommendations will be a part of the 2021 annual defense authorization bill as many initially envisioned.

Lankford said he and the subcommittee would review which recommendations the Trump administration and the Chief Human Capital Officers Council could perhaps implement on their own — and which suggestions needed legislation. 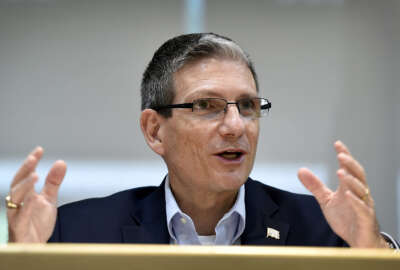