On the eve of a possible shutdown, a bipartisan group of congressman, former federal executives and non-profit leaders gathered to discuss the future of public service in the United States.

Their conversation officially marked the launch of the National Commission on Military, National and Public Service, an 11-member group that Congress originally established in the 2017 National Defense Authorization Act.

After two years, the commission will make a series of recommendations to Congress and the president, which are due in March 2020.

The group hopes that these conversation will inspire members of the public, especially young people, to serve in the military, civilian service programs or federal, state and local government.

Commission members were sworn in and have been meeting since September. Commission Chairman and former House Armed Services Military Personnel Subcommittee Chairman Joe Heck called the effort “a start-up,” as the organization has spent the past few months pulling together resources, staff and a research plan for the next two years.

“The commissioners come into this with no preconceived ideas or notions,” Heck said in an interview. “Our mandate is to pulse the American public and find out what the American public believes are the barriers to service and what we need to do to increase the ethos towards more Americans serving.”

Commissioners will visit all nine Census regions within the next six months to listen and gather feedback from the public. The commission will start in Harrisburg, Pennsylvania, next month.

After all, both Senate Armed Services Committee Chairman John McCain (R-Ariz.) and Ranking Member Jack Reed (D-R.I.) led the push to establish the commission. Their efforts come from their concerns about the state of the selective service and with the constitutionality of adding women to the draft.

“All of that raised significant issues, and we wanted the expertise of distinguished Americans to help us through those issues,” Reed said Thursday at the commission’s official launch event in Washington.

Specifically, the commission will review existing accession standards to enter the military. Currently about 25 percent of Americans ages 17-24 meet those requirements to join.

“I couldn’t have gotten in under the requirements of today,” Rep. Mike Coffman, chairman of the Armed Services Military Personnel Subcommittee, said.

Coffman served in the Army, Army Reserve and Marine Corps.

“We have to look again at these standards,” Reed said. “I remain convinced that there’s a large number of individuals in that unqualified group who could serve today, because of the same demands, cyber technology, sophisticated technical aspects, might not require the same standards that in 1941 generated our Army.”

The commission isn’t only focused on the military. It will also explore the public’s propensity for service and its perceptions of national service programs, such as the Peace Corps, AmeriCorps, City Year and others.

“There’s something, frankly, that we’ve lost in the course of professionalizing our military forces,” Reed said. “Growing up back in the [19]60s, we all assumed we were, as men, in the Army or at least deal with that. It developed a national social fabric: your experience in the military, your appreciation for those who served. Everyone seemed to serve. That fabric had frayed and eroded. We have to rebuild it, not just by putting people in the military forces, but encourage them to go into national service, into [AmeriCorps] Vista, into City Year, into a host of programs.

Like the military, other national service and volunteer programs are also struggling to recruit.

“While we’ve seen the propensity decrease for military service, the propensity for some type of service actually on the increase,” Heck said. “Folks don’t know that there’s an opportunity. They don’t understand how to actually … get engaged with that opportunity. Those are the barriers that we want to break down.”

“That’s not very many,” she said. “We’ve done polling and research. With no arm twisting at all, when people hear about the chance you would easily get one out of every four or one out of every five, and that’s without creating a larger expectation in society. We are leaving so many people without the opportunity to serve because they don’t know.” 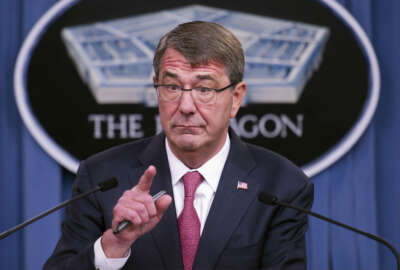 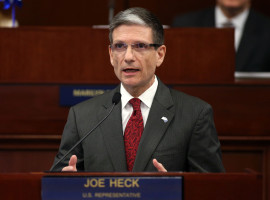