Military personnel issues usually don’t make it to the top of policy to-do lists, and the Trump administration was no exception. The Pentagon’s top position for personnel — the undersecretary for personnel and readiness —...

What Trump left behind

Giselle Donnelly, a defense fellow at the American Enterprise Institute, said under the Trump presidency things were pretty standard for many military service members. Pay increased about 3% a year and operational tempo slowed marginally because of drawdowns in the Middle East.

“If you’re just the average service member during this period your basic life, your ability to sustain a family and all the rest of that stuff, as well as the service, probably didn’t change that much,” she said. “If anything it probably marginally improved.”

Brad Carson, who served as acting undersecretary for personnel and readiness under President Obama, said, “the last four years have also seen, somewhat surprisingly, a number of directives by the secretary of defense to promote racial diversity in the military. This is a very welcome development.”

After George Floyd’s death, the military quickly moved to review its racial policies to see how they could be improved. The military services also gradually loosened regulations on uniforms after hearing that those rules were unfair to certain cultural or health issues. For example, the Air Force relaxed its shaving policy for people who have a medical condition that causes rashes and ingrown hairs. Nameplates now have accent marks so service members can have their names properly spelled.

Carson said the military leaders started coming around to a more flexible talent management system, and even implemented some new policies. Promotions based on merit, direct commissions and other opportunities showed up for service members.

President Joe Biden said he will overturn the ban.

“More broadly, the politicization of the military under Trump is distressing,” Carson said. “To its credit, the military has resisted much of this.” Trump inserted himself in low-level disciplinary decisions and used the military as a symbol of order during the Black Lives Matter protests.

Outside of the ban on transgender people in the military, the Trump administration did not swing the military personnel pendulum too far to any side.

Part of the issue with letting things just ride was the legacy of former Defense Secretary Jim Mattis, Donnelly said.

“He was a guy who didn’t have all that much time for civilians,” she said. “He surrounded himself with a bunch of his Marine buddies as his inner cadre. He didn’t care much about the office of the secretary of defense (OSD). He probably thought the smaller OSD, the fewer people I have to deal with, the better.”

“The biggest thing that’s being left behind and presented to the new administration, not solely in the making of the Trump administration, but certainly was exacerbated under that administration, are the dire personnel issues of addressing sexual assault and harassment in the military,” Weiler said.

The Defense Department saw assaults continue to rise over the past four years. Ft. Hood, in Texas, became a symbol for ignored service member issues during the administration. The harassment and murder of Army Specialist Vanessa Guillen led to Pentagon and Congressional reviews of the command culture.

The reports found service members lacked faith and trust in their leaders and some issues were mismanaged.

Suicides continue to increase as well. The Air Force was so alarmed by its 2019 suicide numbers that former Chief Master Sergeant of the Air Force Kaleth O. Wright released a video pleading for airmen to seek help and look out for fellow service members.

But, posters to online military forums like this Air Force Facebook group called out leadership on mental health.

“Resilience’ aka it’s your fault. You weren’t strong enough to overcome your problems or have a positive outlook on life,” the poster states. “When the Air Force constantly preaches we need “resilience” they are pushing the blame from a systematic problem to a personal problem with airmen.”

Weiler said part of the neglect of these issues came from a constant revolving door of temporary leaders in top personnel positions.

Extremism is also something the military needs to address in its ranks. Both Weiler and Donnelly said there is no doubt that extremism exists within the ranks and DoD does not have a good handle on it.

In a Pentagon briefing last week on extremism, DoD said it takes extremism seriously, but was unable to provide statistics on how many people are of concern or have been given disciplinary action.

The Biden administration now has an opportunity to right some of the issues in military personnel, Weiler said.

“It’s a silver lining in an otherwise dark cloud because there is so many of these issues, for the first time in a long time,” he said. “Personnel issues are seeing the light of day. They are now front and center in your face.”

Carson agreed, saying a return to normalcy is key.

Donnelly said the Biden administration should have no issues finding talented people to fill those roles.

“They’ve got a pretty deep bench of well qualified people,” she said. “The Democratic Party has actively been recruiting, especially women and minorities to national security career. I’m sure that this administration will make a point of trying to fill those jobs.” 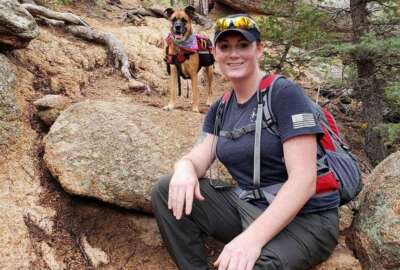