And as many as 50,000 companies and grantees still are waiting to fix validation issues...

And as many as 50,000 companies and grantees still are waiting to fix validation issues that is causing delays in awards and in getting paid.

The almost six-month old problem continues to cause broad concern across industry and on Capitol Hill.

“GSA briefed our subcommittee staff and is working to recover from a transition to new federal contractor system, which experienced many challenges and shortcomings. GSA did not predict or foresee many of the critical responsibilities of a system designed to identify and certify our private sector partners so they can work with agencies to improve how government operates,” said Rep. Gerry Connolly (D-Va.), chairman of the Oversight and Reform Subcommittee on Government Operations. “While GSA addresses these problems, they must work to reduce the unacceptable backlog. I will continue to work with our private sector partners to ensure that companies get certified efficiently and do not risk financial collapse because GSA underestimated the complexity of the system needed to undergird government’s engagement with federal contractors.”

A GSA spokesperson said the 50,000 backlog represents a “snapshot in time” of vendor problems that are currently under manual review.

The spokesperson said  only a fraction of that 50,000 trouble tickets have been in the manual review process for more than two months.

“The numbers do reflect that we have a high volume of tickets coming in, and we remain focused on completing each review as quickly as possible to minimize burden on businesses and other entities, while maintaining the rigor and integrity of the entity validation process overall,” the spokesperson said.

But while the agency is making progress in reducing the backlog and fixing the problems, Connolly and industry representatives remain frustrated.

Stephanie Kostro, the executive vice president for policy for the Professional Services Council, an industry association, said member companies remain stuck in limbo. While GSA has resolved some of the companies’ issues, PSC has member companies who have been facing significant problems since the summer.

“They can’t submit bids. They can’t get paid from work they completed,” Kostro said in an interview with Federal News Network. “There should be a systemic solution, but all we’ve heard from GSA is that they are working on it. But there is no evidence that the end is near, or any light at the end of the tunnel.”

One industry executive, who requested anonymity because they didn’t get permission to speak to the media, said the continued delays to get validated are frustrating for the time it takes as much as the process. The executive said, for instance, GSA tells vendors to log in every five days for an update, even if there is no update. And if the vendor doesn’t log in after five days, they are kicked out of the line.

“That’s just insane. Shouldn’t GSA have an email notification or something if there is a change in your status?” the executive said.

Cynthia Smith, director of government affairs and advocacy at Humentum, a global nonprofit working with humanitarian and development organizations to improve how they operate and to make the sector more equitable, accountable and resilient, said her members have not seen much, if any, improvement since April.

“Humentum continues to hear from our members on a weekly or bi-weekly basis with questions and concerns about the delayed processing of their and their local partners’ UEI tickets. We continue to hear about protracted delays, concerns about the seemingly arbitrary closing of tickets prior to their resolution, and local partners’ lack of responsiveness from the GSA’s Federal Service Desk to their inquiries,” Smith said in an email to Federal News Network. “The continued impacts are delays in contracting, programming, and funding local partners to do the work they are best positioned to do – particularly for those foreign local partners who are not able to avail themselves of USAID’s temporary exception, because they are working with funding from State or another US federal granting/contracting agency.”

The continued problems aren’t just impacting vendors, but agencies too. The Defense Department issued a deviation to its acquisition regulations in September, allowing the services and defense agencies to do business with companies who aren’t fully registered in the governmentwide acquisition system.

Kostro said given the Biden administration’s desire to bring more small disadvantaged businesses as well as new entrants into the federal market, it would make sense for GSA to have a little more urgency and communication on how they are fixing this problem.

“I can’t think of a greater disincentive for a company to want to participate in the federal market if you can’t register or get paid,” she said. “I think that would have lit a fire under GSA but we have not seen any evidence of that yet.”

Smith added as the validation process continues to be hamstrung and with GSA not offering a “clear and viable plan” to remedy the situation, agencies are “working at cross-purposes to its own stated objectives of engaging new and local partners around the world to advance our foreign assistance and national security priorities.”

The GSA spokesperson said to date, more than 373,000 entities have successfully completed the validation process. GSA launched the move from the old Dun and BradStreet number to UEI in April after years of planning. The validation piece of the transition became a problem almost immediately.

PSC’s Kostro said there are plenty of examples of simple problems that took weeks to fix, such as having an extra space on the other side of an “&” or  missing the plus-four for a company’s zip code.

“Roughly 80% of these entities did not need a manual review and therefore proceeded without delay. For the roughly 20% of entities that require a manual review, GSA is surging support to the program and prioritizing accordingly,” the spokesperson said. “We are seeing positive results. Due to GSA’s improved workflow, communications and stakeholder outreach and education, the number of entities able to complete their validation with the first manual review increased by 30 percentage points. Once an entity is successfully validated, they are unlikely to face a similar problem again because their validated information is in the new database for future annual renewals.”

“GSA’s biggest challenge has been the volume of tickets submitted, which has far exceeded expectations,” the spokesperson said. “Right now we are focused on managing the unanticipated volume by surging support and prioritizing entities most at risk of financial impacts, while also making changes to help us better understand and support the needs of our users overall. Additionally, we implemented an automatic, 30-day extension for any existing SAM.gov entity registration with expiration dates between April 29, 2022, and April 28, 2023, and a 60-day extension for all registrations expiring in August and September.”

Other sources confirmed GSA’s efforts to fix the problem, including encouraging agencies and vendors to quickly raise any problems particularly around getting paid higher, and by surging people, data and automation to accelerate the ticket resolution process.

Sources also say GSA is trying to address system and workflow processes to help vendors trying to validate their information.

While it sounds like GSA is doing as much as possible, including surging contracting officers and other senior leaders to the problem, it’s clear industry feels more transparency is needed. To GSA’s credit, it has held virtual listening and Q&A sessions as well keeping its Interact site updated. But at the same time, its alert on SAM.gov hasn’t been changed since mid-September. That’s a long time without any word on the hub of federal procurement. 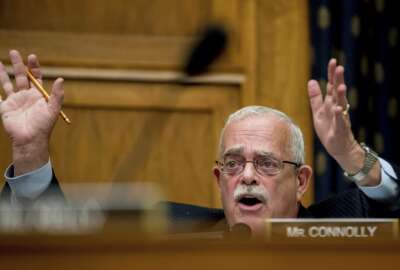