Based on agencies’ progress so far, OPM identified which of five different governmentwide positions should be kept on its high risk list, and which can be removed...

Looking at data over a four-year period, OPM only recommended taking two positions off the high risk list: auditor and economist. The remaining three — acquisition, human resources specialist and cybersecurity — all still need additional efforts to bring agencies up to speed for recruitment and retention.

“Though we acknowledge there is still work to do and there will always be skills gaps, agency and governmentwide occupational leaders should be applauded for their success,” OPM said in an Oct. 27 report.

The report laid out the advancements agencies made to hire for federal positions between fiscal 2015 and 2020, the most recent data available. Over that time period, OPM reported that 86% of agencies involved in the project successfully used a data-oriented, measurable approach to mitigate at least some of the challenges with recruitment and retention for the positions.

But federal cybersecurity positions, which remain a governmentwide high risk classification, have gained extra attention, as agencies often struggle to compete with the private sector for cyber talent. The White House is also now working on developing a cyber workforce strategy to help agencies better recruit and retain those employees.

Although there has been some progress for cybersecurity recruitment, OPM said agencies still need to do more work before removing the position from the high risk list.

For the acquisition position, which also stayed on the high risk list, OPM said there are still specific actions and goals that agencies are working on to more effectively retain individuals for the positions still on the list. For example, agencies are providing acquisition training courses on supply chain management, cybersecurity and emergency contracting.

Aiming to make progress toward reducing the high risk list, OPM worked with agencies over the course of five years, starting in 2015, to strategize ways to close gaps for both agency-specific and governmentwide skills. OPM and other agencies used and analyzed data on retirement rates, quit rates and two-year retention rates across the different position classifications.

Agencies worked with OPM toward closing the skills gaps by first identifying which agency positions are high risk, then making a plan for how to close the gaps. Then, they defined their goals to start closing skills the gaps and reported quarterly to OPM on their progress toward those goals.

OPM and the Chief Human Capital Officers (CHCO) Council originally designed this “multi-factor model” to qualitatively gather and assess data on which positions at agencies and across the government required special attention for recruitment and retention.

“Agencies’ ability to implement this methodology and their diligence to maintain it as a normal business process contributed to an established process going forward to continuously monitor and mitigate skills gaps,” OPM said.

Although the HR specialist position will stay on OPM’s governmentwide high risk list, some agencies still made internal improvements for the job classification. At the Commerce Department, for instance, improved their two-year retention from about 53% to about 73% between fiscal 2014 and 2019. The Small Business Administration’s quit rate for HR specialists dropped to 0 by 2019. At the same time, though, the General Services Administration saw a decline in its retention of HR specialists from 87% to 77% in the same time period.

OPM also just released a workforce planning guide, aiming to better help HR specialists with their work on evaluating and preparing their workforce for the future. Other new guidance from OPM gave agencies details on how to help HR specialists prepare for certification assessments, one of the goals outlined in the skills gap report.

In another agency-specific skills gap, the Education Department improved its agency-specific skills gap for the education program specialist position, posting improvements in both its two-year retention rate and its retirement rate. The position moved from 78% to 100% two-year retention between 2014 and 2019, while the retirement rate for the position simultaneously declined from about 7% to 4%.

Moving forward, OPM said it’s beginning the next cycle of the closing skills gaps initiative, and adding several measurements for future reports, including separation rate, retirement eligibility and time to hire. For future reports, maintaining data and consistency will be crucial.

“Agencies’ commitment to implementing the methodology is key to having a data-driven repeatable process that provided proven results,” OPM said. 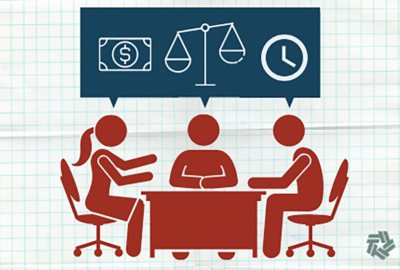