At 245 years old, the Army remains a fundamental unit of national security. But it must modernize to many changes and technology and in the world threat situation. Analysis by the Center for Strategic and International Studies shows the Army will have a hard time maintaining its basic state, and modernizing under very real budget constraints. Federal...

At 245 years old, the Army remains a fundamental unit of national security. But it must modernize to many changes and technology and in the world threat situation. Analysis by the Center for Strategic and International Studies shows the Army will have a hard time maintaining its basic state, and modernizing under very real budget constraints. Federal Drive with Tom Temin got more from CSIS Senior Adviser and principal study author Mark Cancian.

Tom Temin: Mark, good to have you back.

Mark Cancian: Thanks for having me on the show.

Tom Temin: And I want to start with one of your conclusions, and that is there’s good news and bad news coming on the monetization front. That is to say the Army’s future front. Tell us more.

Mark Cancian: Well, there’s really two pieces of good news. I mean, the first piece of good news is the army has been able to buy a lot of the current systems in its inventory, so that the current fleets for aircraft, for tanks, for trucks, are really pretty modernized. They don’t have the aging problem that they did, going into the 21st century in the wars in Iraq and Afghanistan. And they’ve continued those purchases even after the war. The other piece of good news is that they have these systems in development, I call it the primordial soup of development, they talk about 31-plus-three initiatives that are moving along, and that will, at some point, produce systems that the Army might actually field, and that many of these employ cutting edge technologies, and would be useful in the kind of great power conflicts that the nation foresees. The downside is that there are 31 plus three, they’re gonna have to make some choices. And they’re going to make those choices in the context of resources that are at least capped and likely declining.

Tom Temin: Yes, because we don’t know how much future congresses are really going to go along with and there’s definitely a cut-the-Pentagon-to-pay-for-other-things strain in Congress that’s not going to go away anytime soon.

Mark Cancian: Absolutely. And of course, we have a new administration that will be taking office in January. The Trump administration had forecast a level defense budget in constant terms. So that’s probably the best that could happen. The expectation is that a Biden administration will make some cuts, not maybe the deep cuts that the Democratic left had proposed, but some cuts, moving money, maybe into HHS and the State Department. So resources are going to be constrained. That’s going to add to the challenges here. There’s also another challenge that the Army will face and that is that a lot of strategists are eyeing the Army as a source of money to pay for other initiatives. They focus on China. The western Pacific is mainly a maritime and air theater, and the strategists look to the Army and cutting the Army to pay for capabilities in the Navy and the Air Force.

Tom Temin: It sounds like the underlying assumption is in the so-called great powers competition, which the latest doctrine takes as an assumption would not include an old fashioned ground war with millions of troops massed on either side.

Mark Cancian: Well, that’s right. At the end of the Obama administration, they shifted their strategic focus to great powers. Then it was Russia and China. The Trump administration picked that up. They focused on China and Russia, which is consistent with the way most strategists see the future. And everything that’s come out from the Biden campaign and from the Democrats is that they will continue that orientation. That doesn’t mean that there’s no role for ground forces, there’s still recognition that North Korea is dangerous and could do something on the peninsula, there’s Iran, there’s global terrorism, and any conflict with Russia would involve ground forces. But you don’t have that huge demand in more time for large ground forces that you did back in the days of, first the Cold War, and then later the canonical, North Korea plus Iraq – two major theater conflicts.

Tom Temin: And that end strength that it has hit at the Army, roughly 485,000 – goes up and down a couple of thousand, but just under 500,000, let’s say, does that have some tie into the strategic vision for the Army or is just a number that comes out of the budget?

Mark Cancian: Well, the Army has wanted to expand and increase the number of troops both on the active side, about 485 right now. They had talked at one point of going up to 505 to 510 – those goals have long since faded away in the face of declining resources. But the army argues that to do all of the things around the world that the nation is asking it to do, deployments to the Middle East, deployments to Eastern Europe, deployments to the Pacific, it needs to maintain a certain size. So that’s going to be a discussion, I think, in the next administration. How do you trade off the demands of great power conflicts which focus on maybe a force that’s it’s smaller, but more capital intensive, armed with these advanced technologies, and the day to day demands on all the services – the Army included – to send forces hither and yon for regional commanders.

Tom Temin: We’re speaking with Mark Cancian, senior adviser at the Center for Strategic and International Studies. In some ways, the way the Army envisions its future role, and the way others see it doesn’t sound all that distinct from the Marine Corps, on small deployments here and there as needed. So what is the identity of the Army? I mean, what did your study say is the essential Army going ahead for the country?

Mark Cancian: I think there’s going to be tension for the Army because they have traditionally defined themselves as focusing on large land conflicts. They still focus a great deal on Eastern Europe and Russia as a result. But when they look at the Pacific, their role competes a bit with both the Marine Corps and the Air Force. They compete with the Marine Corps in the sense that both of them are trying to set up these long range strike systems and put these Garrison’s, maybe on some islands in the western Pacific and using these long range missiles to attack Chinese fleets in ground forces. But the Army also is building some long range cruise missiles and ballistic missiles and the Air Force is jumping up and saying “Well, wait a minute, when we get out to ranges of 500 to 1,000 miles, that’s our domain, your domain is closer in.” So I think you’re going to have these roles and missions discussions on both sides.

Tom Temin: But no return of the Crusader cannon, as far as you can tell?

Mark Cancian: Well, you know, that’s an interesting question because the Army is building, you know, what you might call the son of Crusader, in that they have a new artillery, self-propelled three-piece with a very long barrel to fire at extreme ranges as part of this long range precision strike capability that they’re trying to develop.

Tom Temin: Interesting. Well, let’s hope the appropriators don’t have too long a memory there. And with respect to the organization of the Army, I mean, they’ve gone from that division to the brigade – is that pretty much a done deal? And is that the right structure for what the Army envisions and what people that would use the Army envision it for?

Mark Cancian: You know, there are two interesting questions embedded. The first one is about division versus brigade and – what you say is absolutely correct. The Army was oriented on divisions for decades. Then they focused on brigades, and they still describe themselves in terms of Brigade Combat Teams. But now the Army’s starting to think about moving back to the division level, I’ve seen plans to possibly pull some capabilities out of the brigades and put those at division and give the division more of a standard. So that’ll be something we’ll watch for. And I think that’s driven by the possibility of conflicts in Europe where you would need large ground forces.

Tom Temin: So what they would need, maybe if they have the divisions, but like Legos easily broken apart, if needed?

Mark Cancian: They would, but of course once you put the division back together, you know, pulling it apart requires some effort. But the other piece here is building new kinds of capabilities, getting beyond the brigades and the divisions to develop these long range precision strike, to develop cyber units, to develop air and cruise missile capabilities, which could be part of the existing division brigade structure, but involve new kinds of units. And to do that the Army will probably have to deactivate some of the [basic combat trainings] if it’s going to live within a restricted top line and restricted number of personnel.

Tom Temin: I guess the final question I would have is, what did you observe if anything on their challenges with personnel recruiting, retaining, because that’s really the fundamental building block of anything they want to do.

Mark Cancian: The Army has actually been quite successful in recruiting and retaining during the pandemic. Tthey had a bad year in 2019. And strength went down. They recovered in 2020, even though the pandemic caused difficulties in recruiting because you couldn’t meet in person or had difficulty meeting in person. The downturn in the economy convinced a lot of people to stay in the Army, in fact, stay in all of the armed forces. So Army end strength recovered in 2020. So that’s a pretty good story and I would also note that the Army has come through the pandemic pretty well. They were able to re-establish training, not just basic training, but unit training. And even at the brigade level, they were able to re-establish their deployment and keep the level of infection below that in the civilian society. So that’s quite an accomplishment.

Tom Temin: So bottom line, are you optimistic about the future of the Army?

Mark Cancian: Well, I would say that I think the Army right now is in a very good place. I think the long term looks very challenging, particularly this question about strategic trade offs involved in a possible great power conflict with China.

Tom Temin: Mark Cancian is senior adviser at the Center for Strategic and International Studies. Thanks so much for joining me.

Mark Cancian: Thanks for having me on the show.

Tom Temin: We’ll post this interview together with a link to his study at FederalNewsNetwork.com/FederalDrive. Hear the Federal Drive on demand. Subscribe at Podcastone or wherever you get your podcasts. 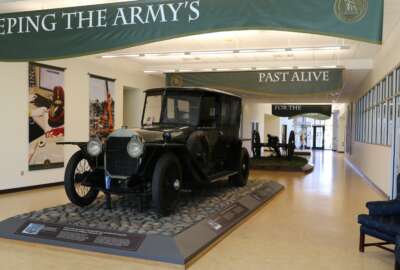 Army to reconsider discharge rulings on veterans with PTSD 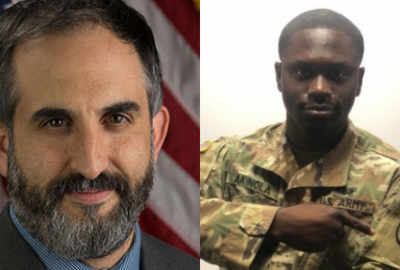