Ahead of filing season, decade of IRS budget cuts ‘taking a toll’ on workforce morale

With this year’s tax season set to start Monday, the National Treasury Employees Union has renewed concerns that the IRS, after a decade of budget cuts, has fewer resources to tackle a growing workload.

The filing season’s kickoff comes just a few weeks after the National Taxpayer Advocate’s annual report to Congress highlighted the IRS’s challenge to continue its mission due to legacy IT systems, a smaller workforce and an increasing workload.

With this year’s tax season set to start Monday, the National Treasury Employees Union has renewed concerns that the IRS, after a decade of budget cuts, has fewer resources to tackle a growing workload.

The filing season’s kickoff comes just a few weeks after the National Taxpayer Advocate’s annual report to Congress highlighted the IRS’s challenge to continue its mission due to legacy IT systems, a smaller workforce and an increasing workload.

Over the past 10 years, Congress has cut the agency’s budget by more than 20% after adjusting for inflation, according to acting National Taxpayer Advocate Bridget Roberts.

Those budget cuts, in turn, have led to a 20% reduction to the IRS workforce over that same period of time, while the number of tax returns has increased by 9%.

“IRS employees, to their credit, have managed to do more with less but after 10 straight years, it is taking a toll on their morale and their ability to do the quality work that the American people expect and deserve,” NTEU President Tony Reardon said in a statement Thursday.

While Congress approved an $11.5 billion budget for the IRS in fiscal 2020 – the highest overall budget it’s seen in recent years – these long-term cuts have resulted in lower rates of service.

Last year, the IRS answered only 29% of taxpayer phone calls to its hotlines, down from 35% in 2018. The agency receives more than 100 million phone calls every year.

As part of the Taxpayer First Act Congress passed last summer, the IRS must provide lawmakers with a comprehensive customer service strategy by July 1.

Less than half a year out from that deadline, Roberts said the IRS should draft a strategy that’s more than “merely aspirational,” but instead focus on providing tax help in-person, online and over the phone.

Since 2011, the IRS has closed more than 10% of its Taxpayer Assistance Centers, where taxpayers could get free, in-person help. Staffing on those centers has also decreased by 40%, which led the agency to require appointments for what has previously been walk-in assistance.

Those cuts to service, Roberts said, has forced more taxpayers to either try to find the answer their question online, or seek paid, professional tax assistance.

“Most importantly, the IRS does not currently view itself as a service organization first and foremost,” Roberts wrote. “In addition, customer service decisions are not informed by using multi-disciplined, comprehensive research into customer needs and preferences. Forcing some taxpayers to use digital channels undermines taxpayer rights … The IRS must base service strategy decisions on research into customer needs, rather than on what the IRS thinks is best and lowest cost.”

Meanwhile, the IRS has launched a six-year IT modernization strategy focused on four pillars: taxpayer experience, enforcement, operations and cybersecurity.

As part of this project, the agency seeks to modernize its Individual Master File, one of the agency’s oldest legacy systems that serves as the engine behind millions of income tax returns.

Specifically for IT modernization, the IRS has $180 million to spend between now and September 2022. But Congress has also required the agency to provide quarterly progress updates to the House and Senate appropriations committees.

However, without sustained, multi-year funding, Roberts said the IRS will be unable to make progress on this effort.

“The plan’s success will largely depend on the funding it receives, and full, dedicated, multi-year funding is needed for the plan’s complete implementation,” Roberts wrote in her annual report. “A part of the IRS’s modernization will be major updates to IRS IT systems, which are some of the oldest still in use in the federal government.”

As for short-term goals, IRS Commissioner Chuck Rettig told Congress last year that the agency expects to shrink its legacy IT inventory 4% by the end of this fiscal year. 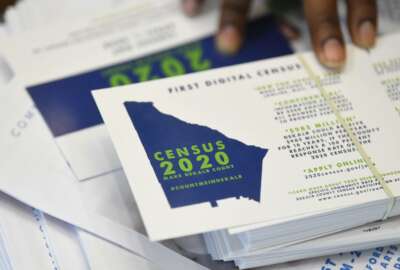