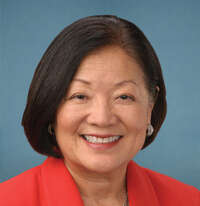 Dear scientists of the federal government,

In these times of uncertainty and instability, I want to thank you for your commitment to providing the American people with facts backed by sound science.

The public benefits every hour of every day from the information you produce as a direct result of your pursuit of scientific progress and discovery....

Dear scientists of the federal government,

In these times of uncertainty and instability, I want to thank you for your commitment to providing the American people with facts backed by sound science.

The public benefits every hour of every day from the information you produce as a direct result of your pursuit of scientific progress and discovery. The scientific contributions you make at your respective agencies have a positive impact on each of us on a daily basis and, too often recently, we have seen many examples of your work being taken for granted or going unappreciated.

At the Environmental Protection Agency (EPA), science is under constant attack. There are rumors of red teams and blue teams being assembled as an effort to sow distrust in the fact that our climate is changing at an unprecedented rate and humans are to blame. Attacks on science are going so far as to put children’s health at risk. The EPA has taken actions to undermine the Office of Children’s Health Protection (OCHP) and its core mission of assessing the unique vulnerabilities of children to environmental hazards like pesticides and lead. OCHP was left entirely off of an EPA organizational chart in 2018 and the Director of OCHP was abruptly put on leave shortly thereafter. More recently, officials decided EPA would no longer participate in the Children’s Environmental Health and Disease Prevention Research Program.

At the U.S. Department of Agriculture (USDA), reports on the impacts of climate change on crops are being buried rather than publicized. The department is hastily moving ahead with plans to relocate two agencies out of Washington, D.C., leading to nearly 80% of the relocated positions being vacated. The impacts of this move – the loss of issue expertise and institutional knowledge – will be felt within USDA for many years. And the reasons used to justify the move don’t hold water, especially considering those impacts.

The U.S. Fish and Wildlife Service (FWS) has yet to publish a report on the potential impacts of pesticides currently in use on endangered species – despite the report allegedly being ready for release almost two years ago.

And who would have thought that the reliability of hurricane forecasts and the jobs of National Oceanic and Atmospheric Administration (NOAA) scientists – not to mention the safety of communities across the country that need to be able to rely on accurate weather information – would be subject to today’s politics?

The list goes on, and there are new instances of suppression and mistreatment of scientists being reported on a near-weekly basis. These actions discount the value and work of federal employees like yourself, as well as the value of science to the public interest. Even more concerning is the fact that our federal government’s scientific expertise is already short-handed and under-resourced compared to wealthy corporate interests they are charged with regulating.

There should be no question that the public interest is served by gathering data, analyzing information, and presenting solutions to issues like solving lead contamination in water, how to sustain our food supply in the face of extreme weather, or myriad other issues that have historically had bipartisan support. The work you do matters because you are generating the data underlying everything from the policy actions my colleagues and I take, to the choices parents make about the safety of consumer products, to the decisions our farmers make about planting the crops that provide food for our nation’s families. Without solid scientific foundations for these decisions, we are relying on guesswork and conjecture—or corporate-funded research. Do we want to rely on health studies funded by Big Tobacco, or climate studies funded by Big Oil? I think not.

The exodus of scientists from federal agencies who have spoken out has helped to shine a light on the difficulty those of you who persevere in the name of public service face in conducting your jobs. My message to you is: Your jobs are important, your service is appreciated, and science matters. Thank you for your hard work and for your commitment.