Are you a retirement phobic?

When people get close to retirement their emotions range from joy to fear and panic.  Sometimes all three. Today’s guest columnist, Stan Feur has been there, done that and says this is how it’s worked for him:

A lot of people are afraid to retire. We all know people that we believe will die at their desk. Retirement is not on their radar. Some are afraid that they will not be able to afford to...

When people get close to retirement their emotions range from joy to fear and panic.  Sometimes all three. Today’s guest columnist, Stan Feur has been there, done that and says this is how it’s worked for him:

I retired in January 2009. I planned my retirement years in advance. I would have retired sooner, but I got a promotion and stayed a couple of extra years to get my high three years at the higher grade. Contrast this to a relative whose employer was bought by another company,  he was redundant and they let him go. He had planned to work a few more years and it left him off balance. He had no plans because he didn’t know he was going to retire. He was 60 and looking for a new job would have been difficult because potential employers would know he would only be there a few years, at best.

As Federal employees we have excellent health insurance benefits, even in retirement. Neither he nor his wife were 65 and were not eligible for Medicare. His wife has some chronic medical issues and their insurance costs were exorbitant. I have friends who want to retire, can afford to retire, except that they will lose their health insurance the moment they walk out the door and are waiting until they are old enough for Medicare. Single Federal retirees have gotten very sexy. “He/she is single and has good health insurance. A real catch.”

As for being able to afford to retire, I was planning that all along. I paid off my mortgage and not having a mortgage payment was the biggest raise I ever got. Retirement would have been much more difficult with a large mortgage hanging over my head. All the disposable income we use for travel, dining out, etc. would have been used to pay the mortgage. When I bought my first house in 1976, I saw an amortization schedule. It was a shock. Of my first mortgage payment, only $10 went to principal. Let us say that that amount went up by an even dollar every payment. An additional $11 payment would mean that I had made two mortgage payments. The next payment $12 would go to principal and and additional $13 would pay the 4th payment. I don’t remember how much my total mortgage payment was back then, but it would have cost me a whole lot more than $24 to pay two mortgage payments. This saved a whole lot of interest as well as paying off the mortgage in half the time. I did not need to apply for a 15 year mortgage, and if one month I could not afford an extra payment, I could skip it as long as I made my required payment on time. It did not have to be the amount of principal. It could have been an extra $25, $50, $100 or any amount I chose. You need to find out how the lender wants to be informed that the additional payment goes to principal. In those days, I actually had a paper coupon that I included with my check when I mailed it in (younger employees, please have your parents explain writing a check from the blanks in your checkbook, tearing it out, putting it in an envelope, putting a stamp on it and dropping it in a mailbox).

Some retirees move to a place with a more favorable climate, lower cost of living or lower taxes. I was a VISTA volunteer in New Hampshire in 1970 and at the time (I don’t know how it is now) New Hampshire had no broad based taxes. There was no state income tax and no sales tax. I don’t know how they ran the state. Maybe they raised enough revenues with driver’s licenses, license plates and hunting and fishing licenses. Some retirees move because the new location offers entertainment or activities that they enjoy. The Midwest doesn’t have nearly the opportunities for deep sea fishing as the Atlantic, Pacific and Gulf Coasts.

My wife and I like to travel (there are great deals out there if you know where to look). Cruises are nice because you don’t have to repack your suitcase, catch a train and go to the next city. You unpack, and go to the next location while you sleep. All your meals and entertainment are included, although you will pay extra for excursions, and on some lines, gratuities and beverage packages. Nothing is more perishable than a stateroom. Once the ship has sailed, it will not be sold, but their expenses for fuel, salaries, and many other expenses do not go down if there are a lot of empty cabins. The cruise lines are experienced in tracking this and monitor whether they are where they expect to be at this point, or ahead or behind in sales. If they are ahead, there won’t be any bargains. If they are behind, they have all kinds of special offers. We booked a Black Sea cruise that was supposed to go to the Crimean Peninsula during its voyage. Russia seized Crimea from Ukraine and they had a lot of cancellations. The cruise just adjusted their itinerary to include different ports, but we purchased the cruise at an 85% discount, got a free upgrade to a balcony cabin, beverages including wine and liquor were included, and gratuities were included. They had excellent entertainment on board. One singer liked to sing something connected to every locale we visited. With the hit they took, maybe “Crimea River” would have been a good choice.

We keep busy when we are not traveling by doing volunteer work. We are active in our congregation, but we enjoy the arts and volunteer for a number of local venues. We see a lot of plays and go to a lot of concerts where we are ushers. We have seen big name acts such as Jerry Seinfeld,  Bob Dylan, Tony Bennett, Paul Simon and others that way. We have to get there earlier than ticket holders, and stay a little later, but it has saved us a bundle.

I have never been a morning person and enjoy eating breakfast at 9AM instead of being in the office at 8 AM. I have control over my schedule. We can go to the health club in the late morning or early afternoon when people are at work and the kids are at school. (I no longer call the toilet the john. I call it the jim. Now I can tell people that every morning I wake up and go to the jim).

When people ask me how I like retirement, my standard answer is “If I knew how good retirement was going to be, I would have done it 35 years ago.” 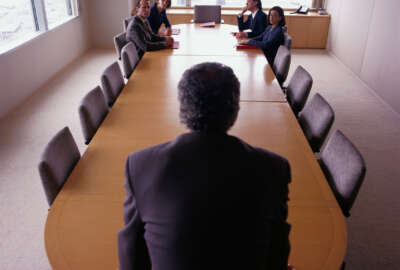 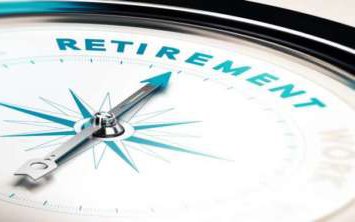 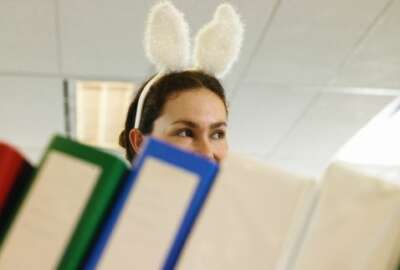 This one is not going quietly into the night …