Census is looking to track impact of coronavirus outbreak

While it counts the population of the country, the Census Bureau has also launched a new survey. It’s designed to track the effects of the pandemic. In Census language, pulse surveys to gauge the temporal trends in small businesses and households. With the details, the bureau’s Deputy Director and Chief Operating Officer, Ron Jarmin joined Federal Drive with...

While it counts the population of the country, the Census Bureau has also launched a new survey. It’s designed to track the effects of the pandemic. In Census language, pulse surveys to gauge the temporal trends in small businesses and households. With the details, the bureau’s Deputy Director and Chief Operating Officer, Ron Jarmin joined Federal Drive with Tom Temin.

Tom Temin:
Mr. Jarmin, good to have you on.

Ron Jarmin: Thanks Tom. Glad to be here.

Tom Temin: Census has a few things going on right now. So this seems like a big project to launch at this point. Tell us about this survey, this new series.

Ron Jarmin: Well, thanks, Tom. So obviously, we do have a lot going on with we’re conducting the 2020 census. But the pulse surveys are an important addition given the what the country is going through right now with the pandemic. So our data users often tell us. We need more timely data and more granular data for a number of uses. And so a lot of our monthly surveys so today the unemployment report came out. You know, monthly surveys are very useful for tracking things, especially over long periods of times, but they don’t give data users and policymakers and private sector decision makers a sort of timely information about what’s happening in the economy and and with people’s lives on a sort of daily or weekly basis. So these pulse surveys are intended to provide weekly information on the impact of the pandemic on small businesses and households on a weekly basis.

Tom Temin: And what is the methodology for getting that information?

Ron Jarmin: Well, so because it is something that we stood up relatively quickly. We’re using on the household side, we’re partnering with a company called Qualtrics. And on the business side, we’re using our own infrastructure, but both of the surveys have relied primarily on emails to reach out to small businesses and households to ask them to respond to the survey.

Tom Temin: And what kind of sample size will you get and is it geographically distributed throughout the entire nation?

Ron Jarmin: So these are national representative samples, we’re sampling, you know, over a million households and about 100,000 businesses a week. Obviously, on these sort of weekly poll surveys, you know, we don’t get the sort of response rates that we get with our sort of mainline monthly and annual surveys. But I think we’re getting around 20% for the businesses and I don’t have the number on the on the households in front of me right now. But I think we’ll get plenty of responses to be able to do some good estimates down to the state level maybe even the metro area level.

Tom Temin: Got it. And what are some of the questions you’re asking?

Ron Jarmin: Some basic questions about you know, what the impact on on sort of the economic well being of businesses and households and then on the household side also about things like you know, are they able to get enough food and, you know, supplies the business side questions about disruptions in their supply chain. You know, whether revenues going down, whether they’re reducing employees, either because they don’t have enough demand or because their employees are can’t get to work, you know, various questions trying to sort of suss out what the difficulties of these folks are experiencing during the pandemic. But also, especially on the business side about what programs that they’re taking part in to try to offset some of those and mitigate those impacts.

Tom Temin: And just a detailed question about the households. I mean, a business you would presume, would maintain its email, even if things were really economically tough, but what about families that not sure whether people would give up what they would give up first, but internet access is something that’s so vital nowadays, do you feel confident that enough families will retain that to be able to report back?

Ron Jarmin: That is a good question. So I think for the most part, probably, yes. But we are supplementing the household survey with invitations through text messages to be able to get at that folks in a different way. Interestingly, on the household side as the first week we were in the field with this, we were experiencing, you know, this was getting blocked by many people’s spam filter. So we had to find a way to, to have, you know, Gmail and those sorts of folks make sure that these messages are getting through.

Tom Temin: How will you disseminate the information, simply through the website or do you have a distribution list of this data say to state and local officials?

Ron Jarmin: So we’ll probably primarily put this stuff up on our on our website. So this will be part of our experimental data series. So these won’t be have the same imprimatur as our official statistics because you know, the They are new and experimental. So we’ll put them up on our experimental web page with hopefully with some nice tools for people to be able to go in and explore the data and and look at various aspects. I think the first data from the business survey should be coming out next week and the following week, we’ll have the data from the household surveys start going on, and then after that, it’ll be pushed out on a weekly basis, hopefully, you know, throughout the pandemic, but, you know, these aren’t meant to be permanent surveys. They’re meant just to be able to give data users some timely information about the impacts of the pandemic.

Tom Temin: And I believe something in census mentioned that you would be cooperating with other statistical agencies for this experimental series.

Tom Temin: And what’s the timeline for this? This will have a beginning and an end.

Ron Jarmin: Yeah, I think we’re thinking they’ll probably run 9, 10 weeks, but you know, depending on on how the pandemic evolves, if things improved dramatically, we might pull them out sooner, but if it extends we might stay in the field with the surveys a little longer too.

Tom Temin: And I was wondering, given the fact that the Census Bureau will be fielding hundreds of thousands of enumerators could they also maybe take those surveys with them and get some household data that way?

Ron Jarmin: Well, we the enumerators will be out there collecting the census and the census has very important uses in our in our democracy, and I don’t think we want to we don’t want to do anything to confuse the census with our other ongoing survey work, including these full surveys. So, you know, we wouldn’t be using the census enumerators to collect in any of this data.

Tom Temin: Got it. And what about the Office of Information and Regulatory Affairs, do they have to pass muster on this series?

Ron Jarmin: Yeah, all of our surveys need to go through OMB OIRA for Paperwork Reduction Act clearance. And so we had to work with them to, you know, get all this stuff path cleared and ready to go. So, we really appreciate the work that they did along with with our team to get these out the door.

Tom Temin: And you are the chief operating officer of the Census Bureau. You also oversee to some degree the big decennial count and everyone at census is teleworking. How’s that all going from a personal standpoint?

Ron Jarmin: Well, you know, I’m really just been pleasantly surprised by the ability of the Census Bureau to move seamlessly into a telework, complete mandatory telework mode. I don’t think we’ve missed a beat. We’ve been able to, obviously adjust our activities around the 2020 census successfully with everybody working out of the office, we’ve, you know, have launched these two new surveys, we’ve continued to put out all of our normal data products. All of our surveys have been coming in on time and we’ve been getting pretty good response even on our key monthly surveys, like the Current Population Survey, which supports the BLS’s unemployment rate, computations that came out today. So really proud of the team. People have really stepped up, worked hard and we’ve accomplished a lot even under these trying circumstances.

Tom Temin: My household sent in the information weeks ago by the internet, it took about four seconds basically, but I have to tell you, relative to the first time I ever did a census form on my own, I kind of missed that question about how many toilets my house has. That’s never coming back, is it?

Ron Jarmin: No, that was probably coming back. And that got moved to the American Community Survey before before we dropped it off together. But you know, on the surveys, we want to really be cognizant of the burden that we put on people. We also want to collect useful information. And that particular question just became one that had less than less variation across the population, as most people got indoor plumbing over the decades, the question wasn’t as salient as it once was.

Tom Temin: Ron Jarmin is Deputy Director and Chief Operating Officer of the Census Bureau, thanks so much for joining me. 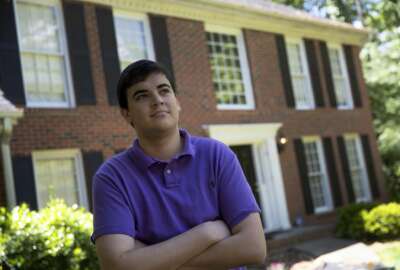 US census stirs uncertainty for those displaced by virus 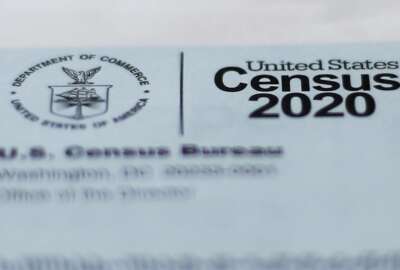 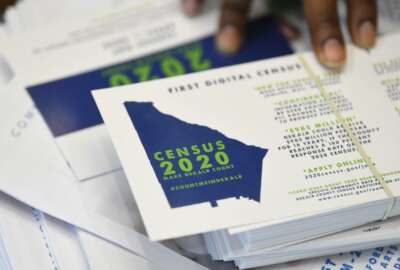