Rymer: DoD Inspector General is an office like no other

DoD Inspector General Jon Rymer explains: “We have a large number of folks that help us. In most agencies, the IG represents the only investigators, or the only auditors, in the organization. Here we have some 12,000 others that are in accountability and oversight business, that are outside the direct control of the IG; that would include uniformed IGs. There are IGs in several of the departments and agencies. It would also include the military criminal investigative organizations, the criminal investigative division in the Army, [and] NCIS in the Navy. So [there is a] very big accountability community within the department. That’s probably what sets this apart from most other IGs.”

We also discussed collaboration and cooperation in the IG community; the concept of a lead IG, and his role in executing that legislative mandate; the fine balance between independence from and cooperation with the leadership of an agency; and how he chooses what cases to pursue. 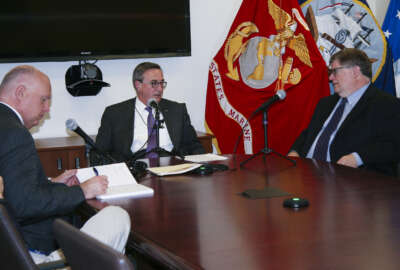 Inside the Reporter’s Notebook – IGs, IT executives to experience a FISMA détente