Federal accounting can be a more dynamic career than it sounds, industry group says

If you think federal accounting is dull and unchanging, think again. People who do federal accounting and finance say it’s a constantly moving field that requires ongoing training. For more about where they can get that training and education, Federal Drive with Tom Temin spoke to the CEO of the Association of Government Accountants, Ann Ebberts.

If you think federal accounting is dull and unchanging, think again. People who do federal accounting and finance say it’s a constantly moving field that requires ongoing training. For more about where they can get that training and education, Federal Drive with Tom Temin spoke to the CEO of the Association of Government Accountants, Ann Ebberts.

Tom Temin: Ms. Ebberts, good to have you back.

Ann Ebberts: Great to be with you, Tom, thanks for asking me to come on board with you.

Tom Temin: And from my layman’s point of view, accounting and finance, it never changes, right? It’s seven columns on this side and cash accounting on that side. But what do the training needs, how do they change for government and public sector people that are in finance and accounting? How do they keep up with what they need to know? Does it change that much?

Ann Ebberts: Well, yes, it’s continually changing. And a lot of it has to do with the technology that’s available to the financial management community today. Whether it’s using robotic process automation to automate kind of repeatable type functions, or it could be data visualization, using dashboards to really get not just data, but information for decision making in front of the financial leaders, and frankly, the government leaders. It’s continually changing.

Tom Temin: And for group like AGA to offer training, do you have to have it certified by the government? Is there like the CFO council has to say, yeah, this is kosher. Go ahead and teach people this?

Ann Ebberts: No, no, when we talk about a national leadership training event, it’s not necessarily how-tos. It’s really hearing panels of leaders, one, talk about successes that they’ve had or challenges that they’ve had in agencies and what they’ve applied, how they’ve overcome those challenges so other people can learn from their processes, and maybe take that back to their office and leverage those capabilities or those approaches. It’s also getting people to learn more about what’s going on in government. So we’ve got federal, state and local government speakers. We have actually over 100 speakers at our event. It’s two days. It’s 20 sessions each day. And the CFO council does not approve, I mean, they don’t have to approve what we do. However, we have lots of CFO council members that are speakers at our events. So we have CFOs, Deputy CFOs, we have IGs, we have performance focused professionals, grants managers, I mean, kind of across the board, as well as IT and CIO type staff that, again, help enable the work of the financial community by providing and housing either modern systems or helping them work through the integration of new capabilities into what they do.

Tom Temin: And what are some of the issues facing the accounting and finance community? And I make a little bit of distinction between finance and accounting, because they’re not strictly the same function are they?

Ann Ebberts: No, but some of the issues, and really, these are issues with everybody right now, is they’re all working remotely. And the national leadership training being focused on leadership, but also has a lot of good technical content and it is really talking about how do we continue to bring along staff, develop their capabilities, groom them for the next step or the next level that they may be seeking in their career, how not to make missteps. A really cool part of the national leadership training event is we have seven national leadership awards that will be announced on, not only Wednesday and Thursday, but we also have a group of students that applied for a scholarship. Now when we’re in person, we bring those students from their respective universities to spend two days with us. We pair them up with a senior federal government or government mentor, that helped them kind of whisper in their ear and tell them why what they’re hearing is really important and why they need to pay attention, but also giving them exposure and really visibility into what the federal government and what state and local governments do in the accounting and financial management realm. So it’s really an introduction to government kind of 101 for them. But we’re really excited. We have eight students that are going to be participating with us this year, so they will be remote and with a challenge for us is when I think back a year ago, our national leadership training 2020 was the last in person event we had. So that was right before the the big outbreak of COVID-19. So I look back and say wow, we have gone one full year now of remote or, you know, virtual training, but we have over 1000 attendees that have registered so we have great participation, like I said, from across government and entities and across the United States. So very excited about the group we have.

Tom Temin: We’re speaking with Ann Ebberts, she’s CEO of the Association of Government Accountants. And one other thing I wanted to ask you about is the fact, I guess this could be a challenge for governments at all levels and also an intergovernmental challenge, and that is Congress keeps appropriating hundreds of billions, trillions of dollars in grants and appropriations for federal agencies, much of it which is spent through state agencies on various programs, some related to the COVID, even though the bill has that COVID title, but going all sorts of places. So the sudden influx of money and the admonition to spend it fast, in some cases, that’s got to be a real strain on the finance community.

Ann Ebberts: It’s a strain on the finance committee. Also, when the first CARES Act was passed, guidance was coming kind of fast and furious in pieces. But I think now, the recipient agencies understand what’s required with respect to reporting, how frequently how much information they need to report. And, you know, I think when that kind of money gets put out into the quote, unquote, system, I think everyone starts to think about, okay, potential for fraud, waste, and abuse. And that was, you know, one of the reasons that the PRAC you know, the Pandemic Response Accountability Committee was stood up. In fact, we have several people from the PRAC that are going to be speaking at our conference as well to share with us about the tools, the websites, that visualizations that anybody, any citizen can take a look at to see where this money is going, and how it’s being applied at the various levels of government. Lots of transparency, I think, in what’s going on.

Tom Temin: Ann Ebberts is CEO of the Association of Government Accountants. We hope it’s a successful program. Thanks for joining me.

Ann Ebberts: Hey, thank you for having me, Tom. 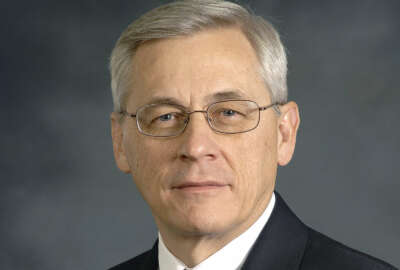 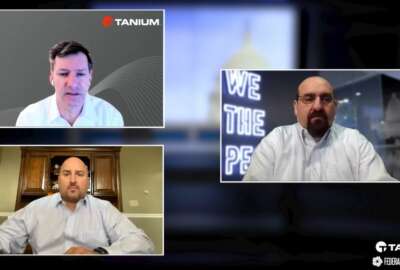 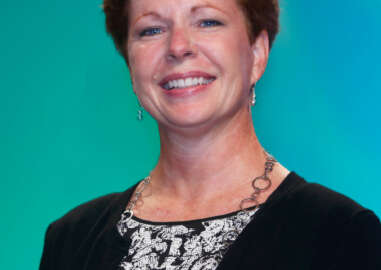